Take a look at the slot metrics to see if that's the best option for you. The Great Chicken Escape offers 96.5% RTP, High dispersion and x5500 win potential, max win. With a pretty balanced math and the possibility of the big swings, the game is always engaging. Overall, it provides powerful gaming experience.

The Great Chicken Escape appeals to those who love gameplay that has both traditional and innovative elements to it. When no feature gets triggered, the base game is still interesting but once wilds, scatters or other special symbols or features appear on the screen, it gets to the whole new level.

In terms of design, The Great Chicken Escape slot has cartoon graphics. That is why it looks attractive and of high quality. When you open the slot, you will get to the farm that was a real concentration camp for chickens. This is where the developers placed the playing field. On the sides you can see the numbered sheds where the inmate chickens live. Technically side, The Great Chicken Escape slot has five reels and 20 paylines, as well as a wide variety of features, including additional wild symbols, wild reels, etc. The symbolism of the slot fully corresponds to the developers’ idea.

That is why on the reels you will find four chicken characters dressed in military hats, card names from J to A, as well as the slot logo that is the most profitable. The rooster with the red hat is the leader of the chicken gang, as well as the wild symbol. It brings the highest winnings, and replaces the missing symbols for more frequent formation of winning combinations. The only image the wild cannot replace is a scatter (a scroll with an escape plan) marked with the Bonus inscription.

The Great Chicken Escape is a slot with many features. In the base game only, you can randomly activate one of three features:

However, that’s not all you can get by playing The Great Chicken Escape slot. As soon as you catch three or four scatter symbols on the playing field, you will have access to the following features:

Summing it up, we can say that The Great Chicken Escape is a really great slot with cartoon graphics, many bonus features, and good winning potential. 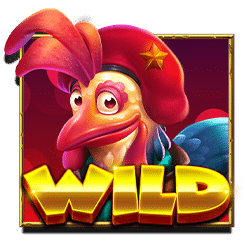 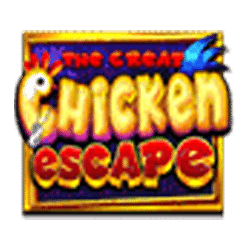 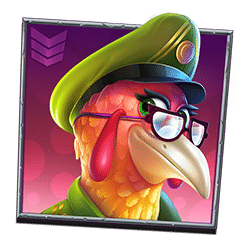 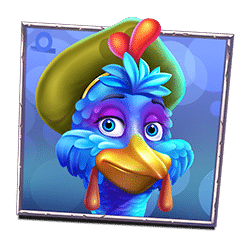 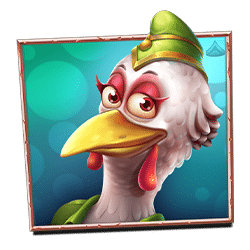 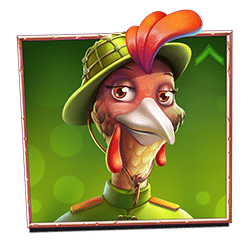 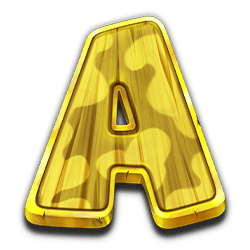 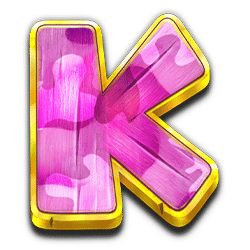 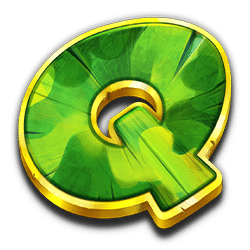 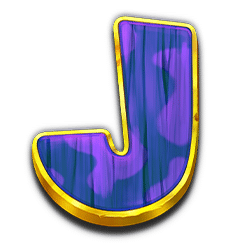 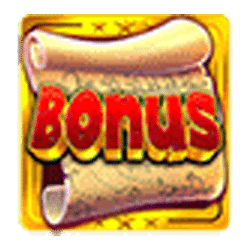 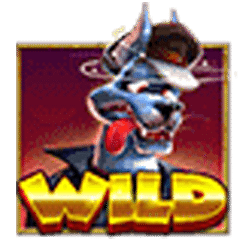 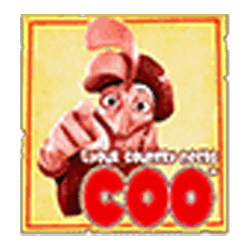 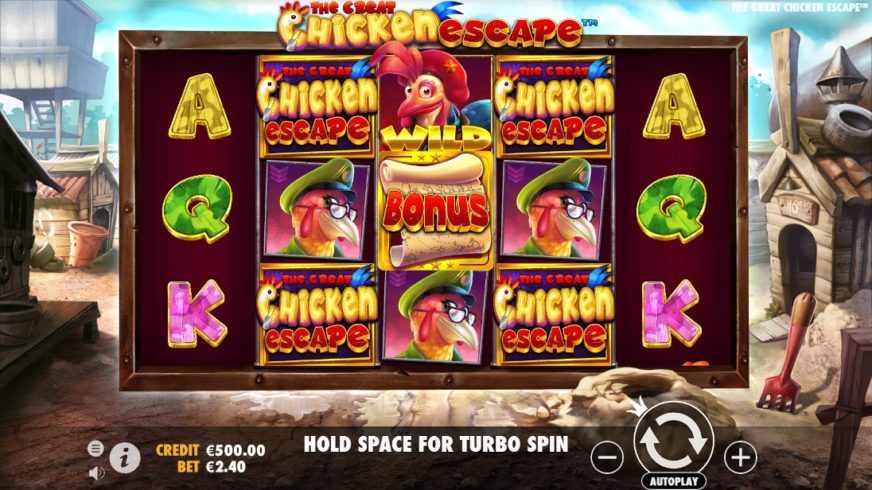 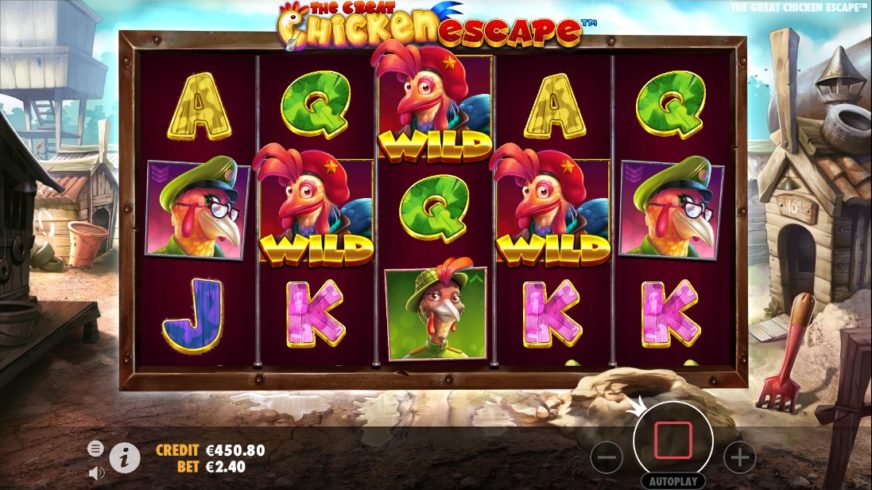 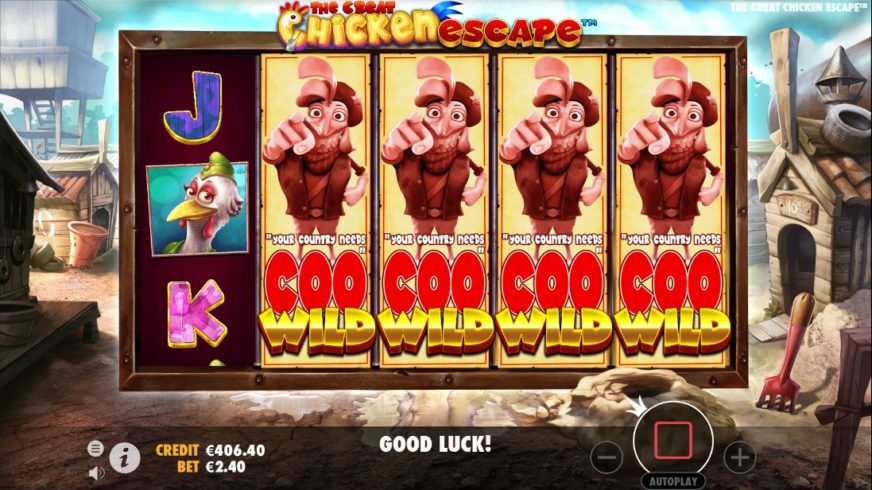 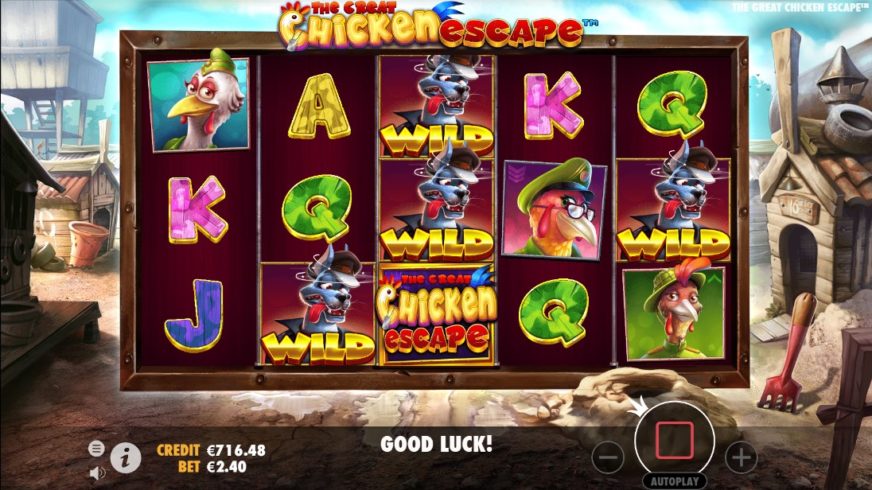 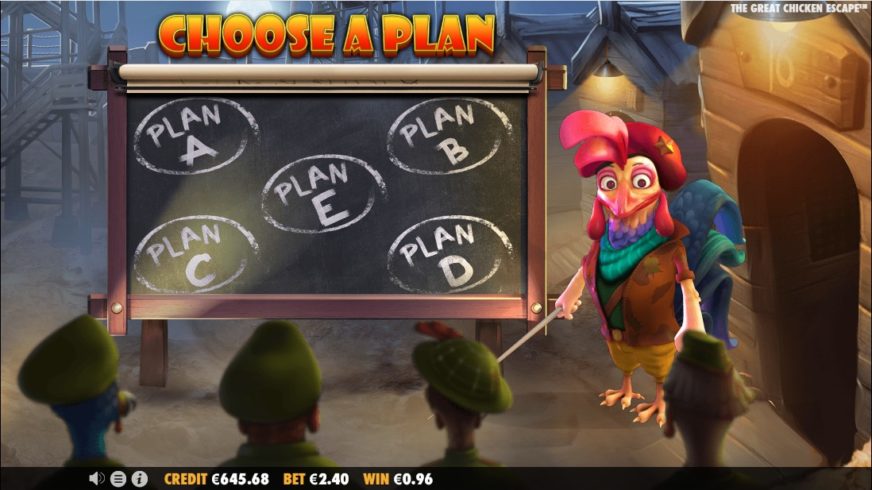 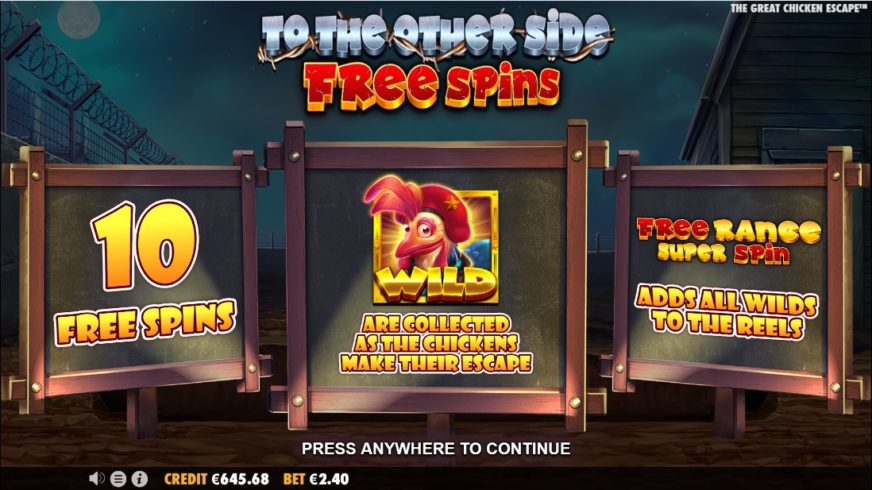 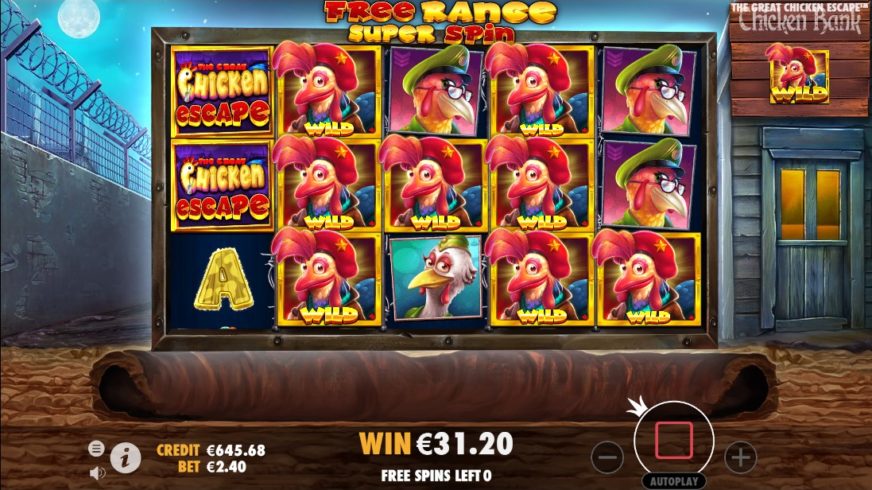 In Lucie’s Cats slot you will find five reels, 20 pay lines and a lot of kittens. The volatility in Lucie’s...

PiggyPop is a slot with the already familiar PopWins mechanic, thanks to which the number of ways to choose changes...

In the Dwarven Gems Megaways slot, the playing field consisting of six reels and 117649 ways is located in one of the...

Das xBoot is an interesting slot with a wide variety of features, with five reels and up to 75,712 ways to win. Playing...

Big Boom Riches is a simple in terms of design, but quite interesting in terms of features, slot machine. The playing...

Treasure Mine Power Reels is an updated version of the Treasure Mine slot released 4 years ago. Compared to the first...

The Wild Harlequin slot machine has five reels and 10 paylines. You can play on all compatible devices from € 0.10 to €...

Book of Skulls is a pirate themed slot with five reels and 10 paylines. You can join an exciting adventure on a pirate...

The Expendables New Mission Megaways is an enthralling 6-reel slot machine with 117649 ways to win. Playing The...

So How Does Baccarat Work Baccarat is a game that may look intimidating at first but is actually simple. Even complete...

The Basic Rules of Blackjack To join a blackjack table and enjoy the experience you just need to know the basics and...