Vegas Magic is the slot developed by recognized studio Pragmatic Play. Released on 18.10.2018 it became popular among gamblers for its exciting engine and fantastic artwork. This review details all of its main characteristics that along with free demo mode available on Clash of Slots give a complete idea of experience you’ll be getting.

Vegas Magic is a five-reel 20 paylines video slot from Pragmatic Play. Playing Vegas Magic, you will find yourself on one of the mesmerizing shows of David Copperfield, the famous illusionist. Besides, there are additional bonus features in the game. They will enable you to get an additional multiplier that will increase your initial bet 500 times. In addition, the game has stackable wilds and the Tumble feature.

The design of the Vegas Magic slot looks quite simple, but at the same time it is very organic. The game screen is set against a purple podium with sparkling lights. On the reels you will see symbols of playing cards, as well as a hoop, a wizard’s hat, a white dove, a jumping tiger, and a wizardess. The Wild symbol is made in the form of an illusionist with a deck of playing cards. It replaces any symbol of the slot (except for the scatter) and can appear only on game reels two, three, and four.

The Tumble feature (removal of matched images) starts after matching of any winning combination. The played images disappear from the screen, and new ones appear in their place. The repeated matching will restart the feature. In addition, during each matching combination by 1 multiplier, this feature is valid until the first loss.

The expanding wild symbol appears only on reels two, three, and four. If there is a winning combination, the wild fills the entire reel, and unused symbols remain until the next spin.

The main advantage is the scatter symbol. It appears in any place of the game screen. Your winnings will depend on the number of symbols that appeared: three symbols – 5x, four symbols – 50x, and five symbols – 500x. The multiplier is applied to the selected bet.

In general, Vegas Magic turned out to be an interesting and simple slot. 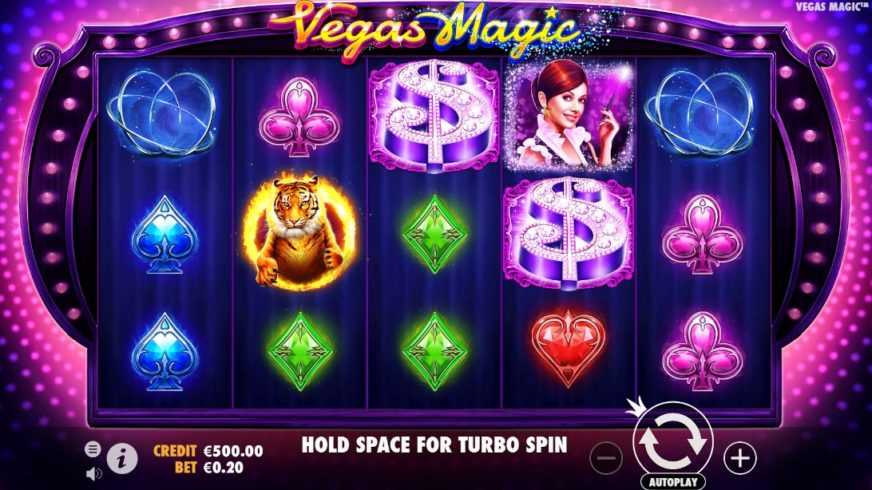 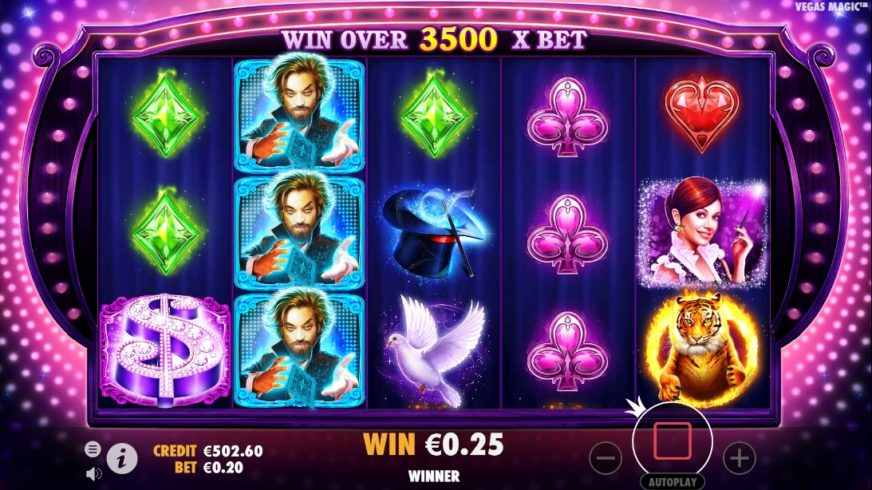 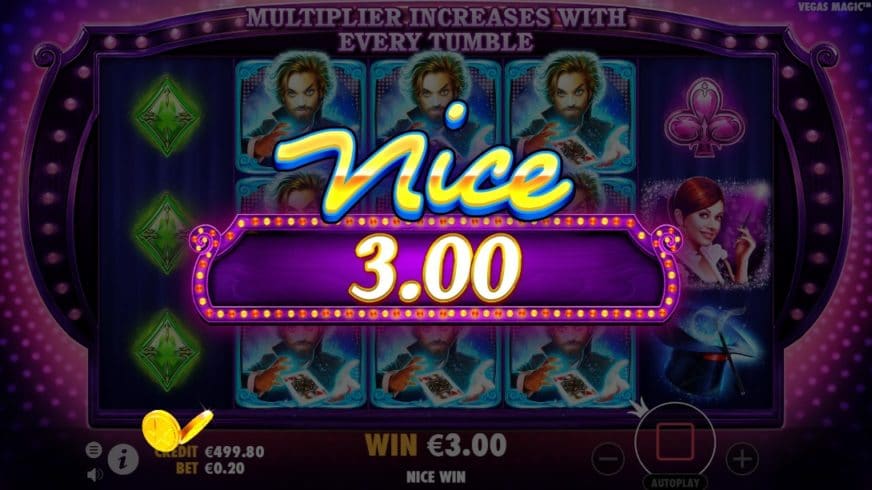 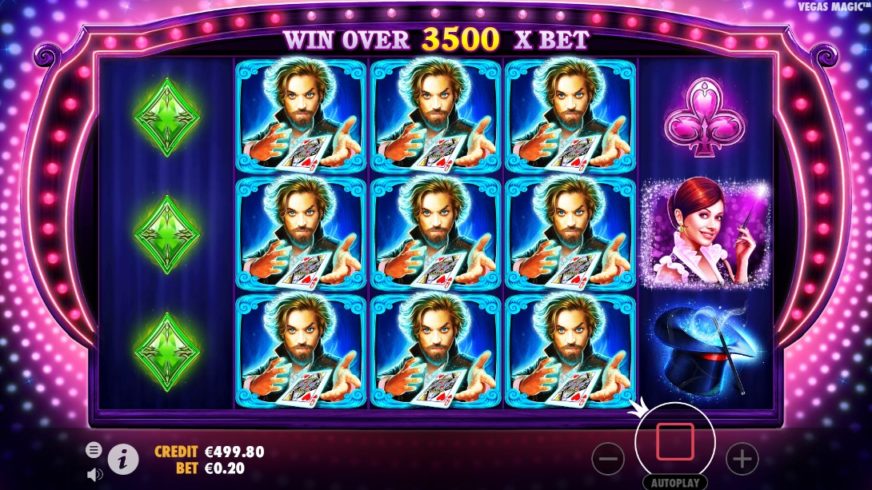 Can I play Vegas Magic for free?
Yes, our site is the place to test Vegas Magic with no sign up required. Any casino site partnering with Pragmatic Play would also provide free access to the test mode.
Can I win real money on Vegas Magic slot?
Yes, registered account with a gambling site would be the only option to enjoy real money Vegas Magic and get real winnings.
What is the best place to play Vegas Magic?
When it comes to free play any trusted casino or casino related site such as Clash of Slots would be fine. Once real money gets involved legitimate operator with solid reputation and top tier services must be selected. Best choice would vary depending on one`s personal preferences.
Can I play Vegas Magic slot on mobile phone?
Yes, this game is mobile optimized and can be loaded on any device.
How to win playing Vegas Magic?
This is a certified video slot that generates random outcomes, and all you need is a good fortune. Check the paytable to see how and how much you can win.