Dinosaur Rage is the slot developed by recognized studio Quickspin. Released on 09.02.2021 it became a hit among slot fans for its immersive engine and amazing artwork. This review details all of its main characteristics that along with free test mode available on clashofslots.com give a complete idea of experience you’ll be getting.

Anna, the long-haired explorer, has finally returned from her thrilling adventure in the Ancient Egypt in the Ark of Mystery, and now she has to travel to the Jurassic period to fight furious dinosaurs in Dinosaur Rage.

The Dinosaur Rage slot has 5 reels, 4 rows, and 1024 ways to win. Winning combinations are created when identical symbols appear on adjacent reels from left to right.

You can go to the Jurassic period and meet huge dinosaurs on any compatible device in manual or auto mode. Bets in the Dinosaur Rage slot vary from $0.20 to $100 per spin. RTP in Dinosaur Rage is 96.11% and is slightly above average. The volatility is high (5/5). Besides, RTP will also increase up to 96.91% if you use the buy feature. The maximum winnings are x17794 of your total bet.

The Dinosaur Rage slot has 2 bonus features: the Pay Anywhere feature and the Free Spins feature where you can generate winnings even if the symbols are not on adjacent reels. Besides, there are free spins where the dinosaurs get into a huff and expand.

The Pay Anywhere Feature is associated with the main character Anna. This feature is activated when Anna appears on the playing field and entirely fills the reel. This feature helps to generate winning combinations with the symbols that are not found on adjacent reels.

During free spins from one to three dinosaurs will be chosen. They will become angry, increase in size (1×4), and will generate winnings by appearing anywhere on the playing field. When at least three more bonus symbols appear during the free spin, you will reactivate this feature and several more dinosaurs will become furious. When all dinosaurs are angry, the multiplier increases by 1 with any re-launch.

You can also buy free spins in the Dinosaur Rage slot. The cost depends on the desired number of bonus symbols:

In general, Dinosaur Rage is a very addicting slot that has good features, and most importantly, good winnings. 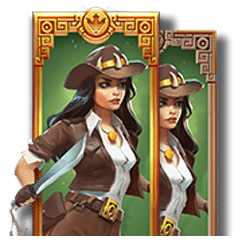 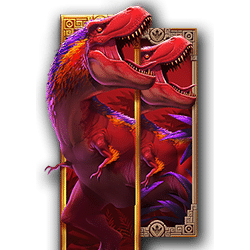 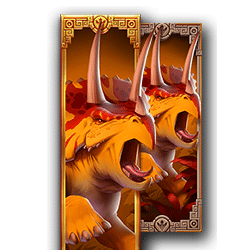 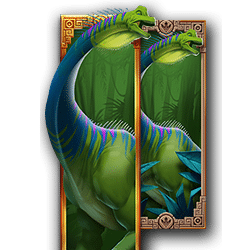 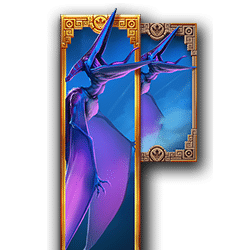 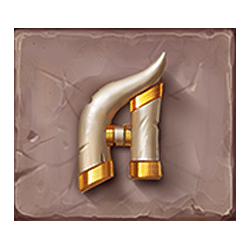 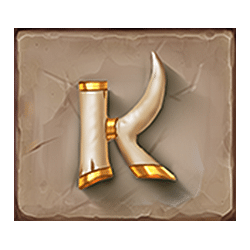 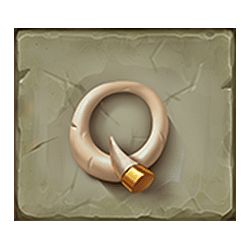 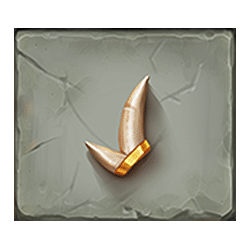 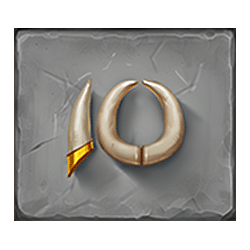 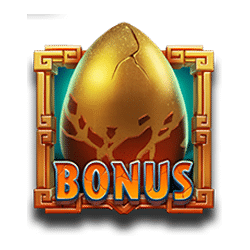 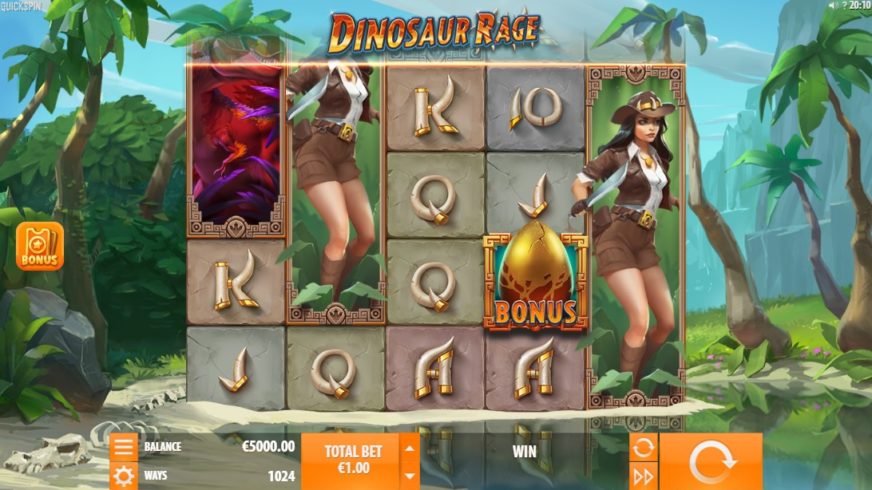 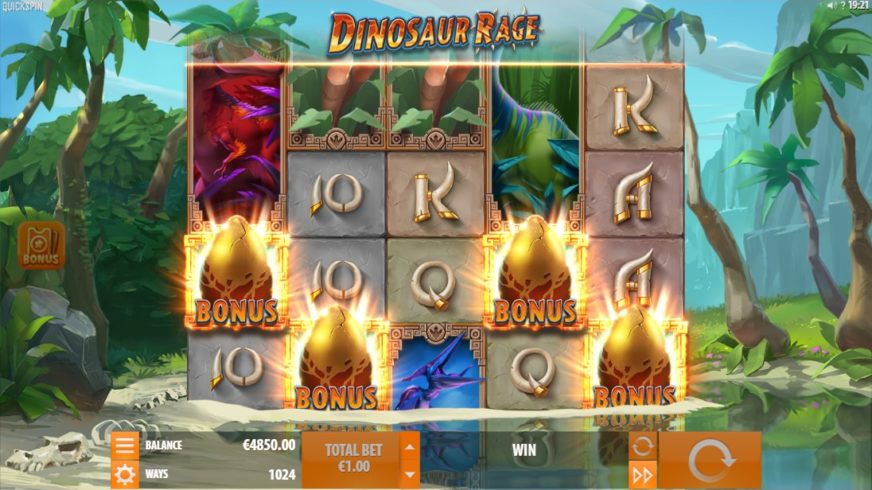 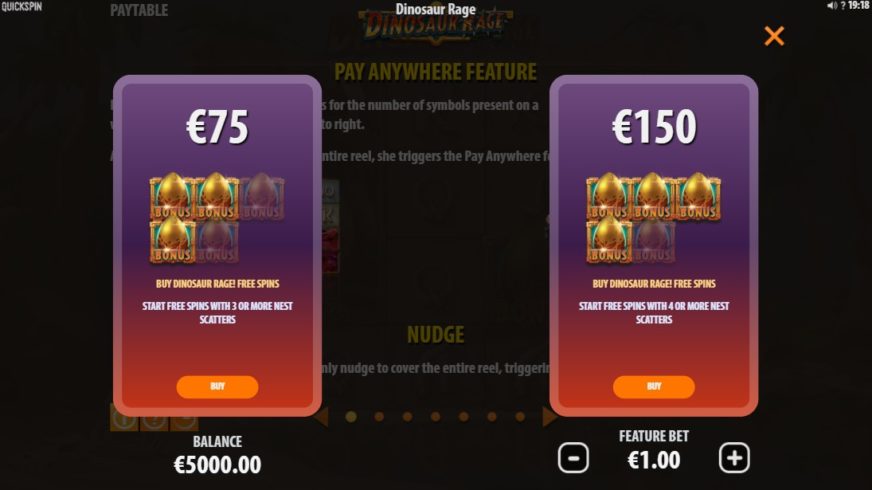 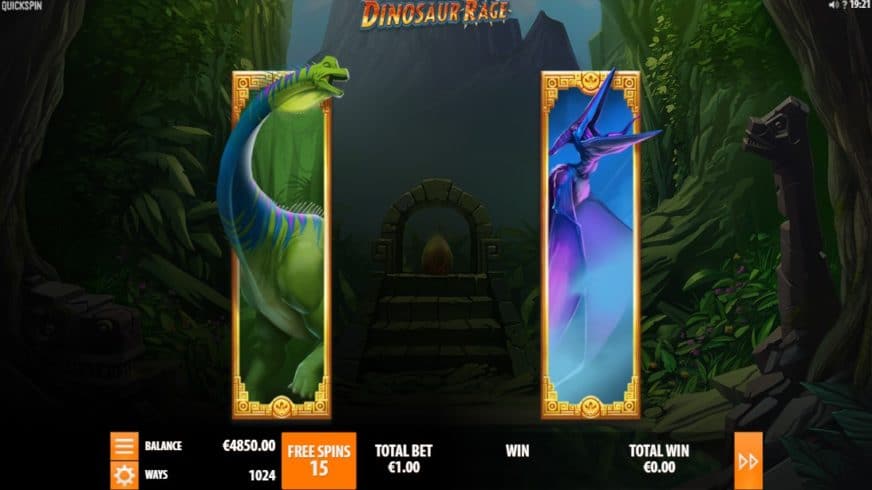 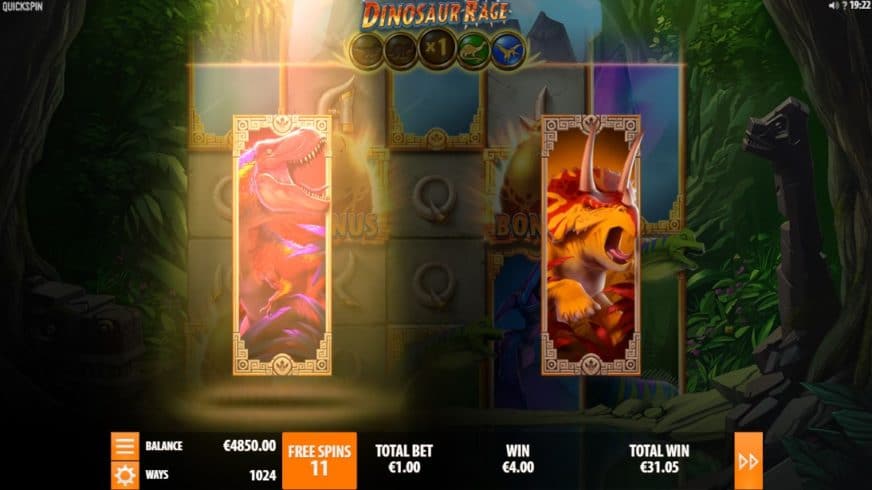 Can I play Dinosaur Rage free slot?
Yes, clashofslots.com is the place to try Dinosaur Rage with no registration required. Any gambling site partnering with Quickspin would also give free access to the test mode.
Can I win real money on Dinosaur Rage slot?
Yes, registered account with a casino operator would be the only option to play real money Dinosaur Rage and hit real winnings.
What is the best place to play Dinosaur Rage?
When it comes to free play any trusted casino or casino related site such as Clash of Slots would be fine. Once real cash gets invested licensed operator with solid reputation and top tier services must be selected. Best casino would vary depending on one`s personal preferences.
Can I play Dinosaur Rage slot on mobile phone?
Yes, this slot is mobile friendly and can be played on any device.
How to win playing Dinosaur Rage?
This is a licensed game that generates random outcomes, and all you need is a good fortune. Look through the paytable to see how and how much you can win.
Top Quickspin Casinos