For the developer of this level Dwarfs Gone Wild is a wonderful release that’s made it to the lobbies of numerous operators. Dwarfs Gone Wild was released on 12.06.2018 offering proven gameplay and great graphics. You can play free Dwarfs Gone Wild test mode on our site as a guest with no registration required.

Check out the game metrics to decide if that’s the perfect choice for you. Dwarfs Gone Wild offers 96.38% RTP, High volatility and x6000 win potential, max win. With a quite balanced math and the possibility of the considerable swings, the game is always thrilling. Overall, it provides strong gaming experience.

Dwarfs Gone Wild appeals to those who prefer gameplay that has both traditional and unique elements to it. If no bonus gets triggered, the base game is still interesting but as soon as wilds, scatters or other special symbols or features land on the screen, it gets to the whole new level.

The Dwarfs Gone Wild slot has a standard game structure of five reels and 20 paylines, with the minimum bet of $0.20 per spin. It has long been known that the Quickspin company draws its ideas from good old fairy-tales. This time, the company decided to be based on the famous fairy-tale about Snow White and the Seven Dwarfs. Each of the fairy-tale characters has its own specific feature that starts when the free spin bonus game is launched.

The number of additional characters activated during the bonus game directly depends on the filled bonus meter (Dwarf in the Golden Bonus Meter). It is filled when any winning combination matches and is displayed on the left side of the game screen. Besides, there is a Magic Mirror feature that when activated adds 300 top symbols to the game screen.

Visually, the Dwarfs Gone Wild slot is fully consistent with the fairy-tale theme. The reels are on the background of a stone cave, where there were 7 fairy dwarfs according to the plot. There you will find symbols of seven dwarfs. Each of them fulfills a specific task: the Banker, the Blacksmith, the Bomber, the Hunter, the Racer, the Strongman, and the Wizard.

The top symbol is Snow White, the main character of the fairy-tale, and the cheaper symbols include the standard A, K, and Q playing cards. The Scatter symbol activates the free spin bonus game and looks like a precious diamond with the relevant Bonus inscription.

During the game, pay attention to the Dwarf feature in the Golden Bonus Meter that is displayed on the left side of the game screen. Each winning combination will fill a golden flask. One filled flask will activate one of seven golden wagons that a little gnome with his own unique feature is hiding behind. The bonus meter has a direct impact on the free spin bonus game. The more wagons you activate before the free spin starts, the more additional images you will have.

The Magic Mirror feature is activated in case of the magic mirror appearing on the third game reel. You will get two respins, where 300 additional top symbols in the form of the beautiful Snow White will be added to the reels.

The Free spin is activated when three scatter symbols appear. You will get seven free spins with additional wilds that will start seven magic gnomes. The full collection will activate the entire set of gnomes, where each specific gnome has a unique feature. 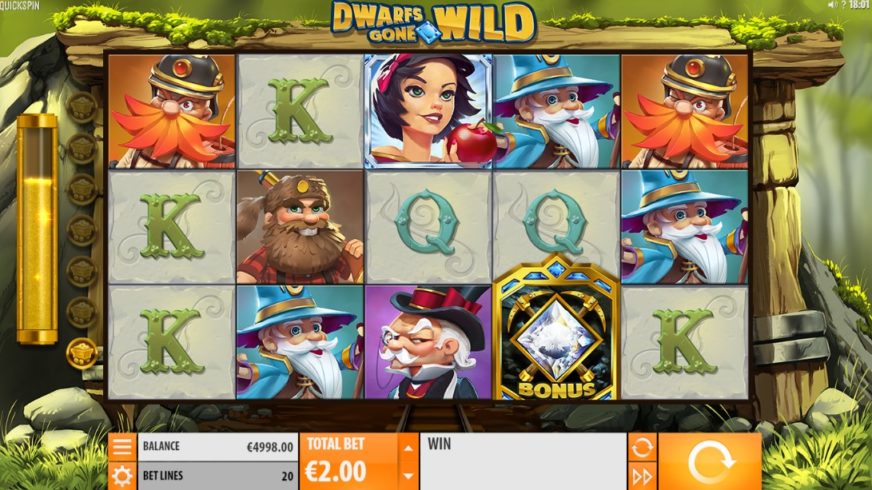 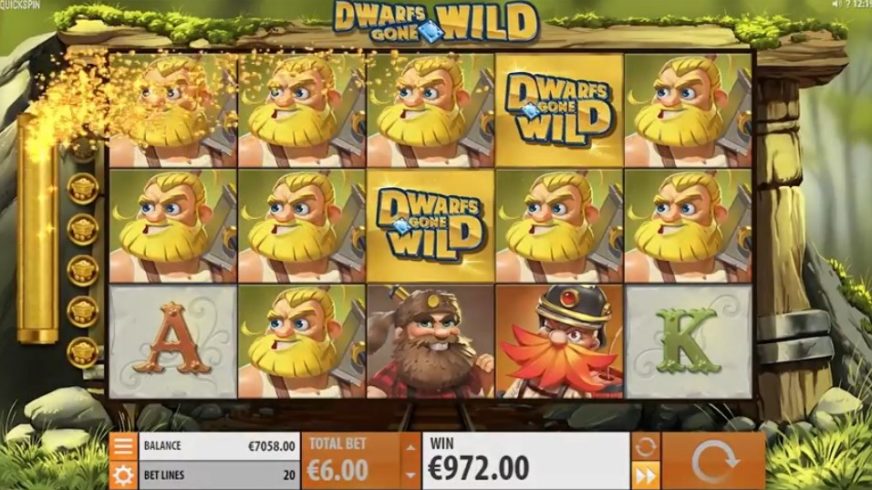 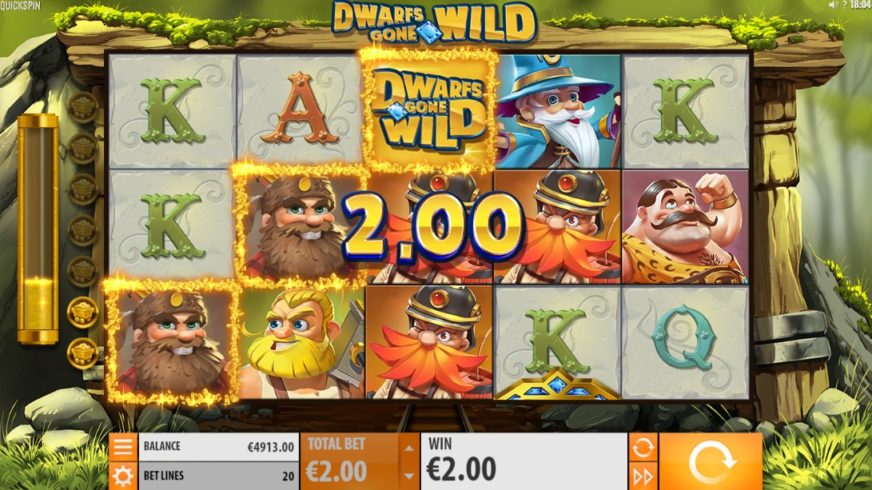