Hall of the Mountain King is the game developed by recognized studio Quickspin. Released on it became an instant success among slot fans for its exciting engine and amazing artwork. This review explains all of its key characteristics that along with free test mode available on clashofslots.com give a complete idea of experience you’ll be getting.

Hall of the Mountain King is a game with amazing graphics, a fantastic plot, and of course an extraordinary musical accompaniment that won’t leave you indifferent. In technical terms, Hall of the Mountain King is a 5-reel slot with 20 paylines. The action unfolds on a beautiful green top of a hill under the blue sky during the main gameplay, and you get into the cave of the mountain king trolls during the bonus – everything becomes dark and a bit scary.

You will find card names from 10 to A among the symbols found on the game reels, as well as 5 trolls, one of which is the highest paying and can bring you a win 40 times your bet for a combination of 5 such images. There are also a wild symbol (golden coin) in Hall of the Mountain King, which replaces regular images for more frequent formation of winning combinations, and a scatter symbol (hammer), which triggers the Free Spins bonus round.

Bonus Features of the Hall of the Mountain King Slot

The bonus of free spins takes the central place among the features in the Hall of the Mountain King slot – it is activated when the scatter symbol appears on reels 2, 3, and 4. You will find three different levels in the free spins feature, each with its own set of unique features. Now let’s see what is there:

Overall, Hall of the Mountain King is another magnificent slot from QuickSpin developers. You will find an interesting plot, high-quality design, magnificent music, and of course a generous bonus round in it.

Hall of the Mountain King Symbols and Paytable 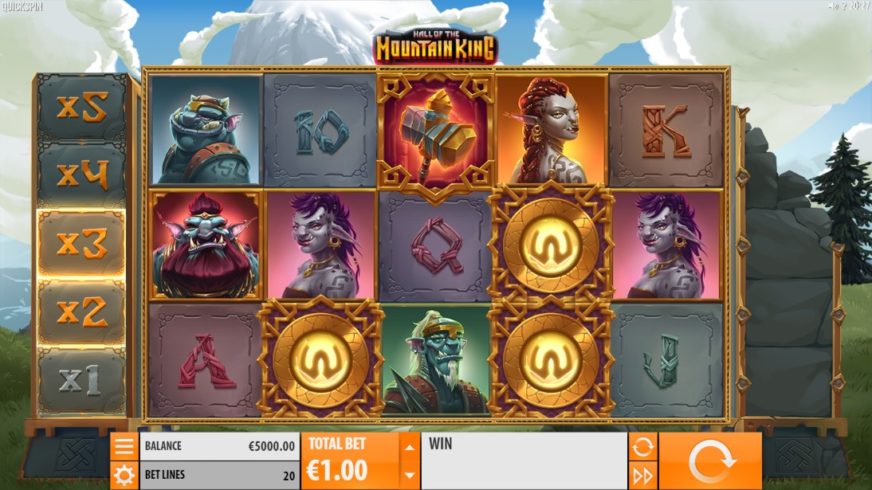 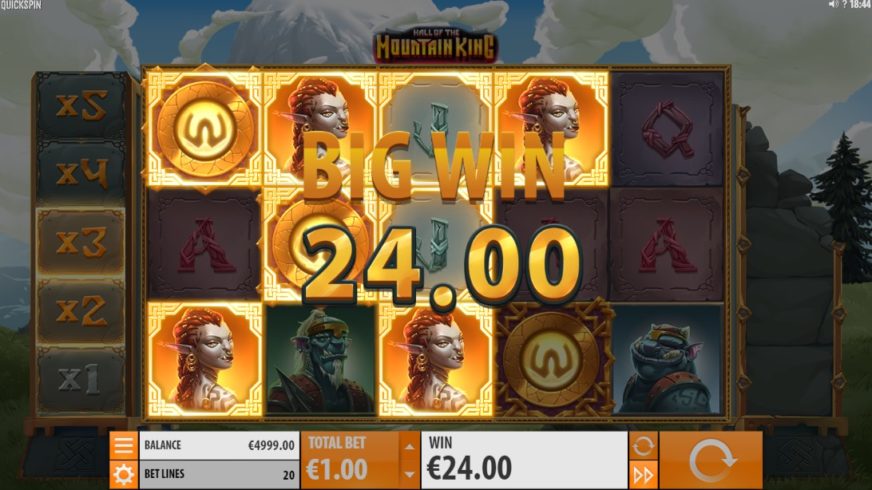 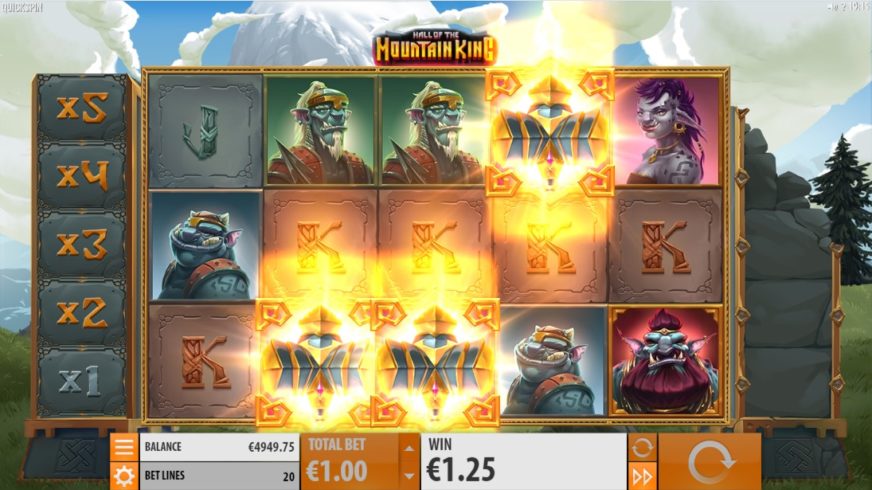 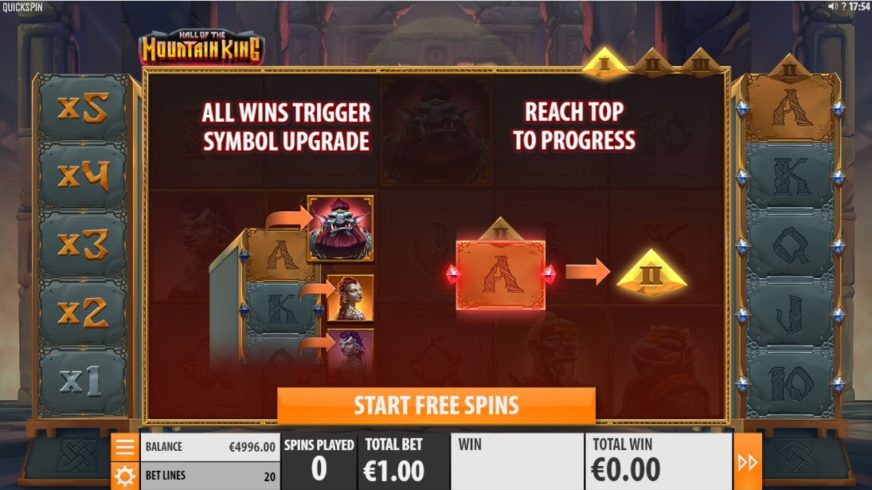 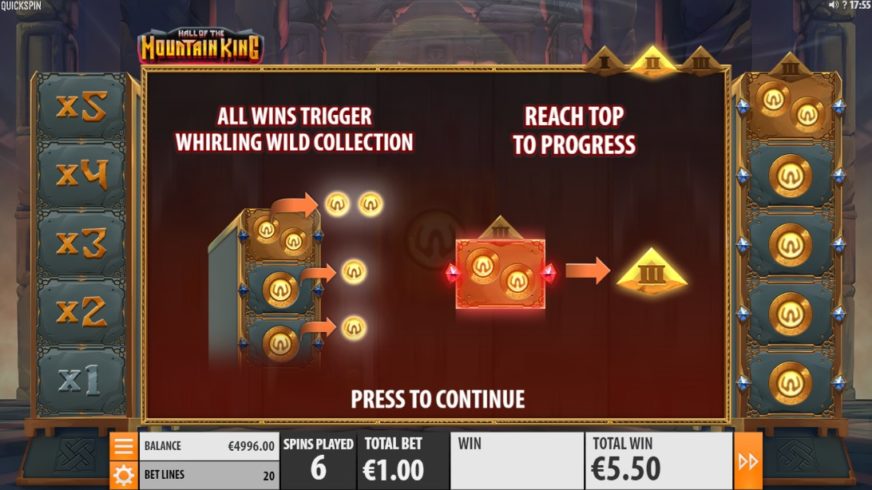 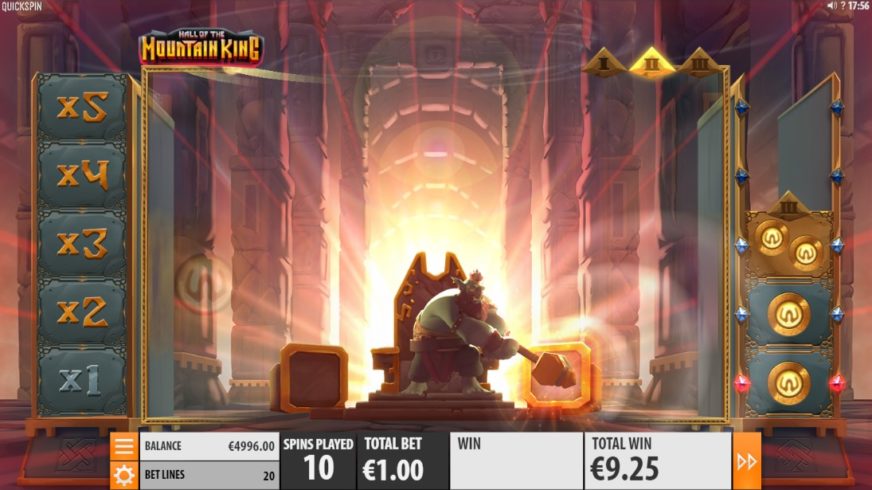 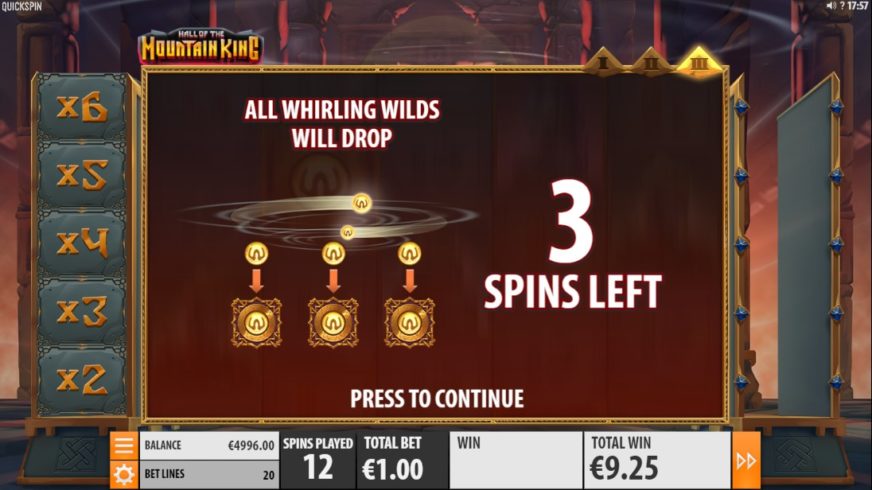 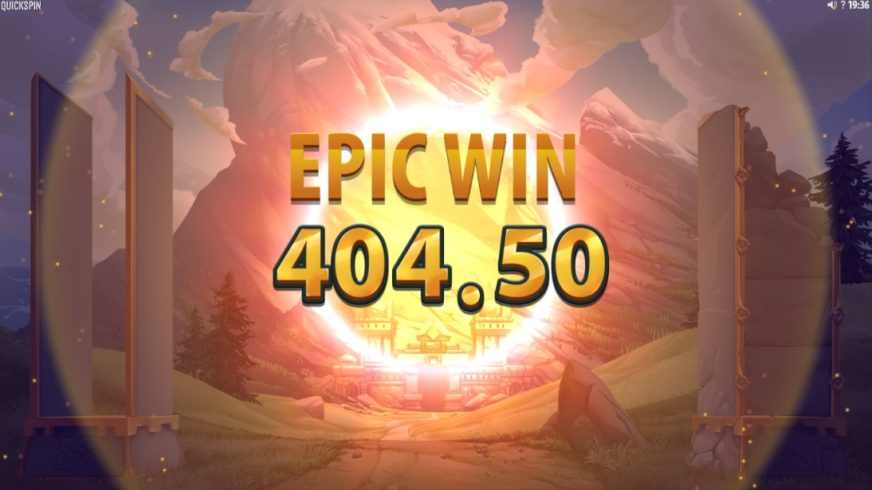 Hall of the Mountain King Reviews by Players