Take a look at the game metrics to see if that's the greatest choice for you. Ivan and the Immortal King offers 96.29% return, High risk level and x10000 win potential, max win. With a pretty balanced math model and the possibility of the big swings, the game is always engaging. Overall, it delivers enjoyable gaming experience.

Ivan and the Immortal King caters to those who love gameplay that has both classic and innovative elements to it. If no feature gets triggered, the base mode is still interesting but once wilds, scatters or other special symbols or features appear on the screen, it gets to the whole new level.

Technically, the Ivan and the Immortal King slot has five reels and 20 paylines. During the game, you can activate several additional bonus features. The Baba Yaga symbol transforms the symbols, and can also add the missing Scatter symbol to activate the free spin bonus game where you will improve your level to get an additional multiplier of the winning combination.

The design of the Ivan and the Immortal King slot has a fairy-tale style. The game screen is located against the enchanted forest inhabited by fabulous creatures. On the reels you will see symbols of sparkling precious stones, the Dragon, the Princess, the Wolf, Koshchei, and Ivan Tsarevich himself. The bonus symbol is the chest with his death at the end of the needle.

Bonus Features of the Ivan and the Immortal King Slot

The scale is displayed on the left side of the game screen during the bonus game. The levels rise at intervals of 3 divisions filled with gold coins with the image of a skull.

Besides, watch out for the mysterious Baba Yaga. She appears in a random order and can activate the Baba Yaga Surprise feature. You will see four secret symbols on the screen. In the base game, they can turn into the scatter, and in the bonus mode, they can add a few gold coins to increase the current multiplier.

In general, the Ivan and the Immortal King slot looks great. Playing it for free, you will move to an amazing fairy-tale world, where, together with the main character, you have to defeat Koshchei the Immortal and free the beautiful princess. It is planned to launch the slot on December 11, 2018.

Ivan and the Immortal King screenshots 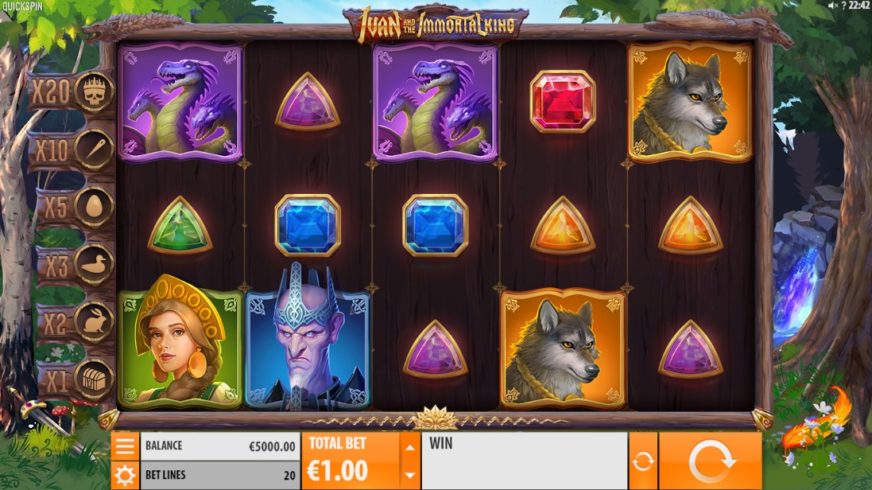 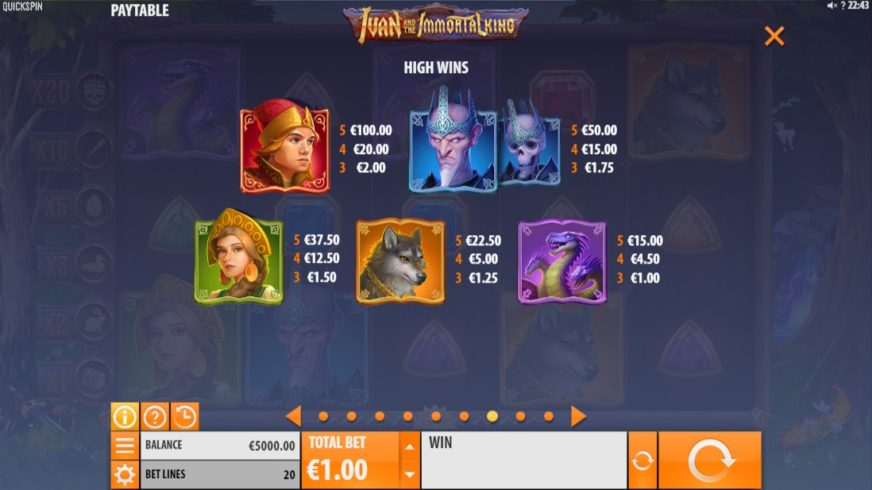 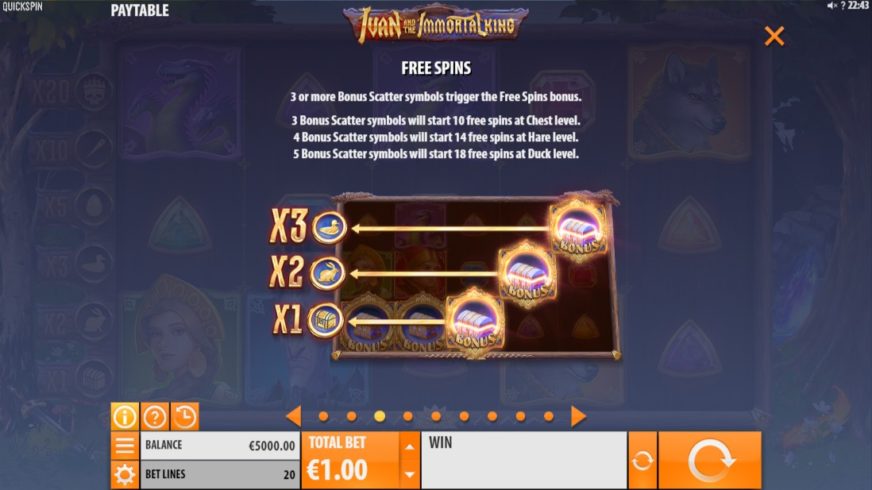 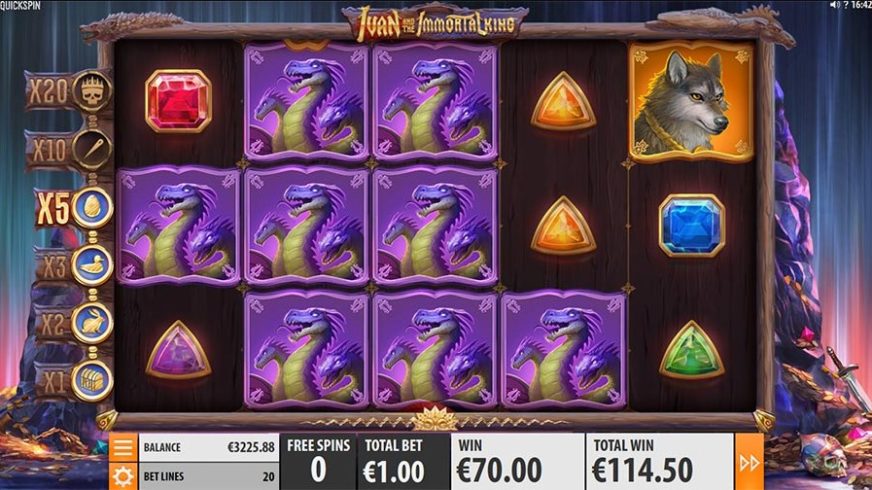 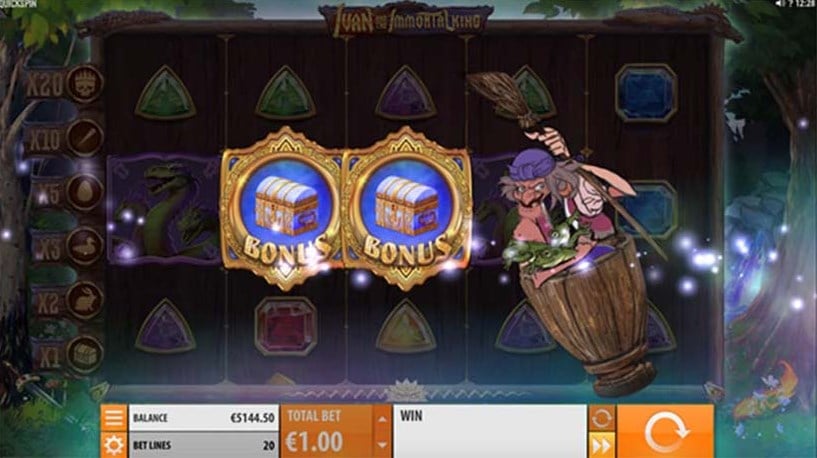 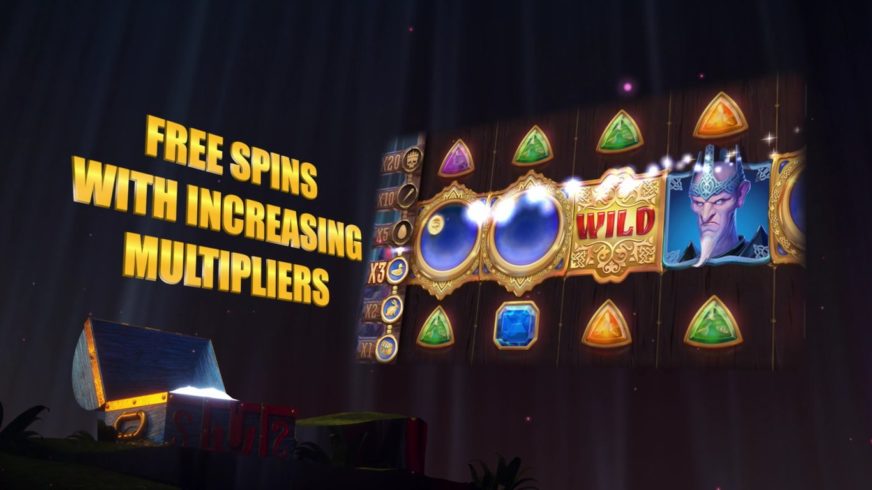 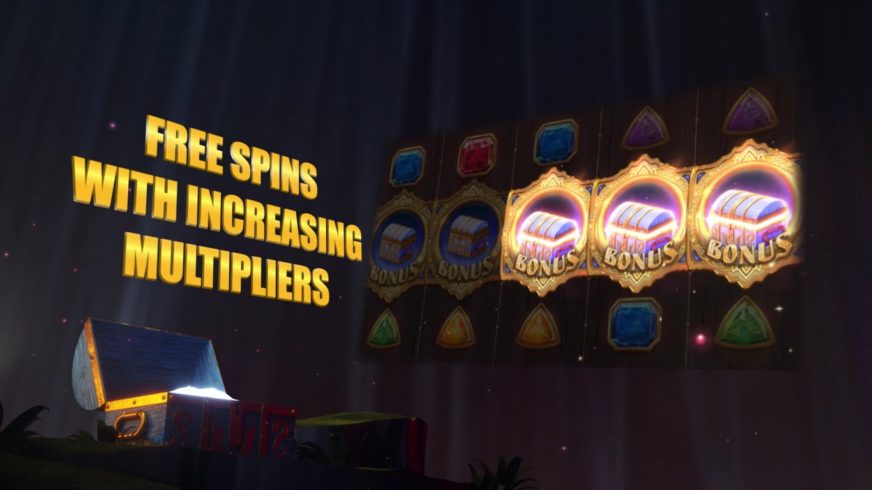 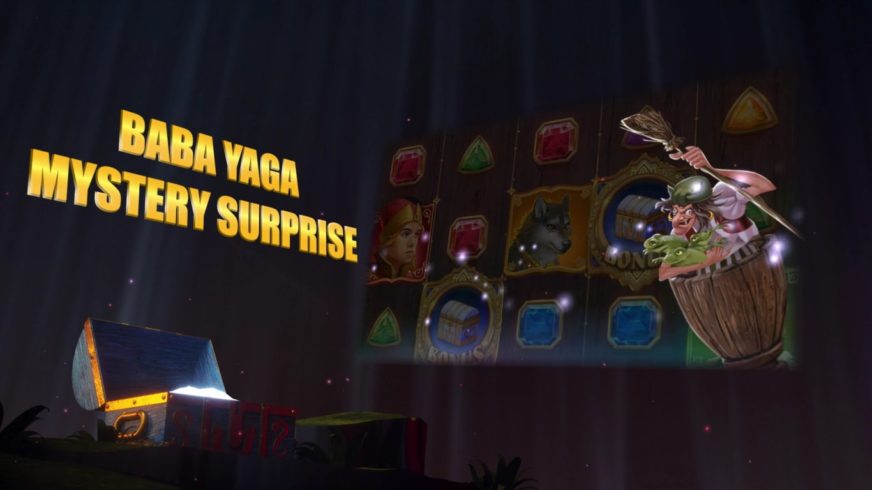