Tales of Dr Dolittle is the game developed by recognized studio Quickspin. Released on 25.04.2019 it became popular among players for its exciting engine and amazing artwork. This review details all of its main characteristics that along with free test mode available on our site give a great idea of experience you’ll be getting.

Many probably watched a funny movie with the magnificent actor Eddie Murphy called Dr. Dolittle released in 1998. This hero could not just treat animals, but also talk to them. However, few thought that this movie was far from first with the participation of a good doctor on the screens. It turns out that Dr. Dolittle first aired in 1967, with Rex Harrison in the leading role. In fact, if you explore the initial idea of ​​such an unusual plot, you will go back to the distant 1920s. Enough history – let’s find out what we can find in the Tales of Dr Dolittle slot.

Quickspin presented the Tales of Dr Dolittle slot – it is unknown which exact version about this magnificent doctor underlay the plot, but it is known that it turned out to be very interesting. The slot design is calm and beautiful. Game reels are located on the background of the river – you can see the house of Dr Dolittle on the left side, high on the hill.

In technical terms, the Tales of Dr Dolittle slot is equipped with 5 reels and 25 paylines, the minimum bet provided here is $0.25 per spin. You will find the doctor, a parrot, a horse, a dog, and the names of playing cards from 10 to A among the symbols. Special images include wild and scatter symbols: the former replaces the missing images, if necessary, while the latter triggers the Free Spins feature.

Bonus Features of the Tales of Dr Dolittle Slot

The Tales of Dr Dolittle slot also has the Multiplier Wild feature – any wild symbol that is part of the win awards a multiplier:

There is also a Free Spins Bonus feature in the Tales of Dr Dolittle slot, which is triggered by collecting 3 scatter symbols during the respins of game reels or when 3 scatter symbols simultaneously land on the playing field. Once this happens, you get 10 free spins, during which you will be guaranteed to receive one Multiplier Wild symbol on each spin. 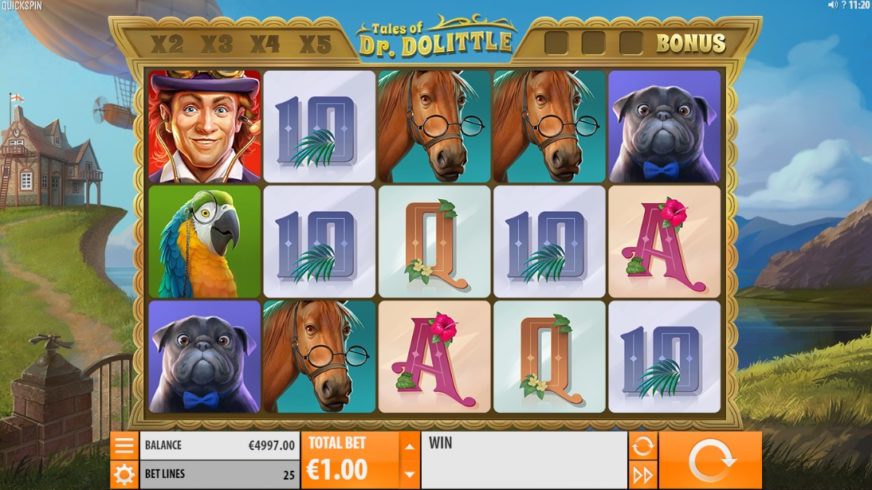 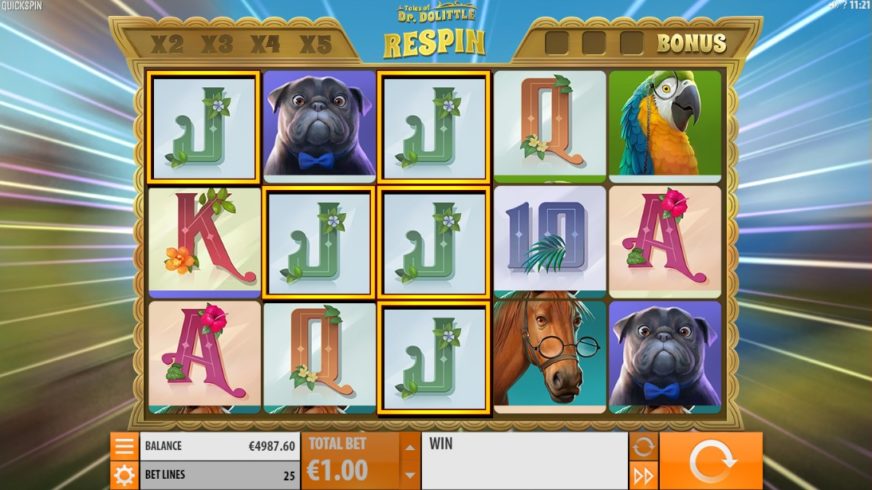 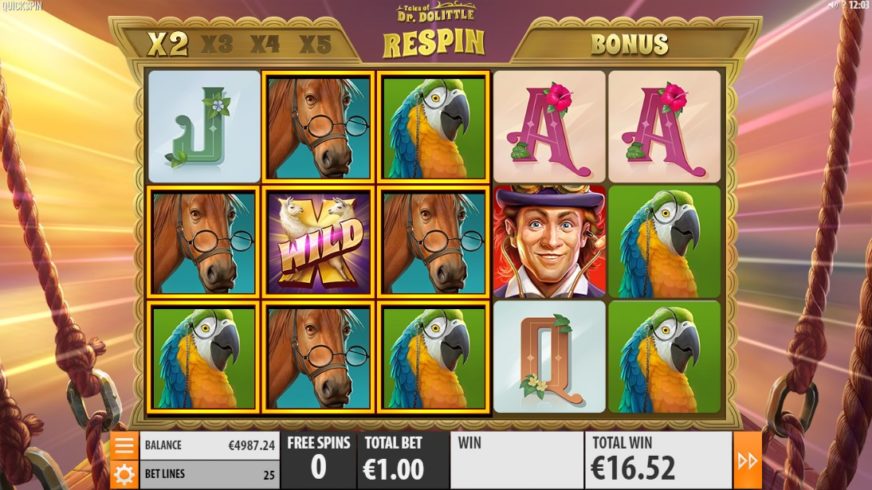 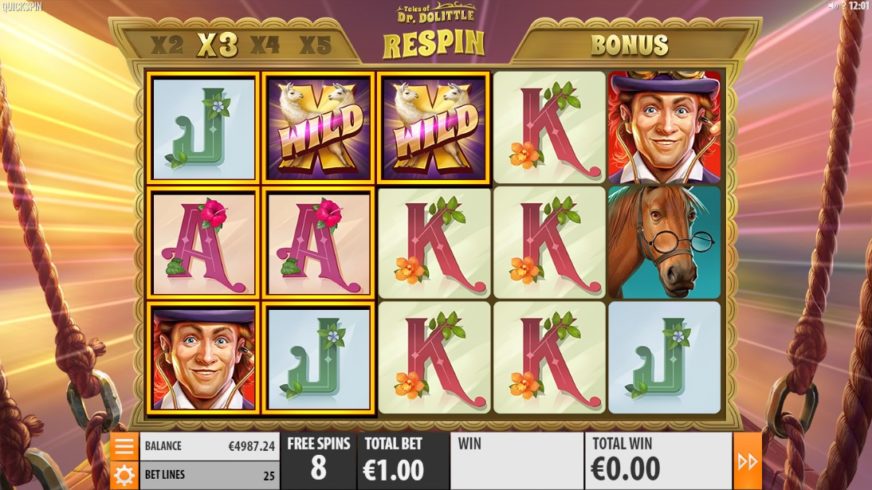 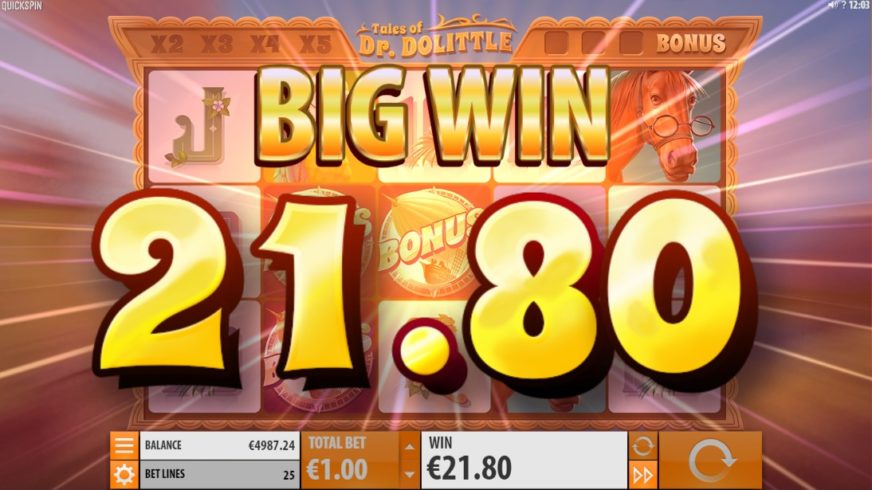