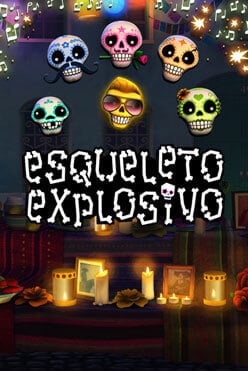 Esqueleto Explosivo 2 is the slot developed by well known studio Thunderkick. Released on 22.01.2020 it became a hit among gamblers for its immersive engine and fantastic artwork. This review describes all of its key characteristics that along with free test mode available on Clash of Slots give a complete idea of experience you’ll be getting.

Five years ago, Thunderkick introduced its Esqueleto Explosivo slot, dedicated to the Day of the Dead, an unusual holiday celebrated in Mexico. This slot has won incredible demand among users, and now, almost five years later, the Thunderkick developers decided to make a sequel of this slot and called it Esqueleto Explosivo 2. It is based on the above Mexican holiday.

As soon as you open the slot, the first thing you will notice is the completely unchanged design. The background for the game, as well as in the first version, is a street with houses, and the reels in the form of skeletons where skulls symbols are located on the table with lighted candles. However, the game engine of the Esqueleto Explosivo 2 slot has been considerably changed. The setup in Esqueleto Explosivo 2 remains the same. It has 5 reels, 3 rows, and a Mucho multiplier located at the bottom. One of the most significant changes is the increase in the number of ways to generate winnings from 17 to 99 paylines.

This means that winning combinations are formed of 3-5 symbols that touch diagonally or horizontally on adjacent reels starting from the first one. The symbolism of the slot (Eskeleto Exposivo 2) has not undergone any special changes either. The skulls from the first part will help you to generate winnings. The only difference is another skull added. It has yellow hair and it is the most profitable image. The gold skull with sunglasses remains the Explosivo Wild symbol. It appears only on reels 2, 3, and 4 and replaces all regular payment symbols. The scatter is a robot skull with red eyes and a key sticking out of the right ear.

The Thunderkick developers decided to keep all good features of the original, and still make some game-changing additions. The Dropping Symbols game mechanics we saw in the first part are here again. It is a cascading winning system that explodes winning symbols by removing them from the reels, and allowing new ones to fall in their place and generate new combinations. In each winning, a multiplier will increase. It starts at x1 and doubles with each successive winning – x1, x2, x4, x8, x16, with x32 as the maximum during the base game.

The Mucho multiplier also increases every time a wild (a golden skull) appears. Wild symbols appear on reels 2, 3, and 4 and replace all images except for the scatter. They also explode and destroy from 3 to 8 characters in the immediate proximity.

Fans of the first part will be happy to know that in Esqueleto Explosivo 2, the Thunderkick developers decided to add a round of free spins we lacked in the original. In order to activate it, you need to catch 3, 4, or 5 scatter symbols (a robot skull) during the base game. As a result, you will get 10, 12, or 14 free spins, respectively. Scatters continue to appear during the free spins and, if there are at least two of them, they will bring you additional free spins.

During the free spins, interesting features come into play: the collection of wild symbols. If you collect 3 wilds, you will get one additional free spin. Besides, the lowest multiplier (x1) is removed and replaced with x2. This continues until you get x32 base multiplier. Once that happens, the x64 multiplier for three more collected wilds comes into play.

Summing it up, I would like to say that Esqueleto Explosivo 2 definitely turned out to be more interesting than the original version due to its improved features. These are the increase in the number of ways to generate winnings, as well as free spins. We can confidently say that Esqueleto Explosivo 2 will be an excellent addition to the collection of Thunderkick games. 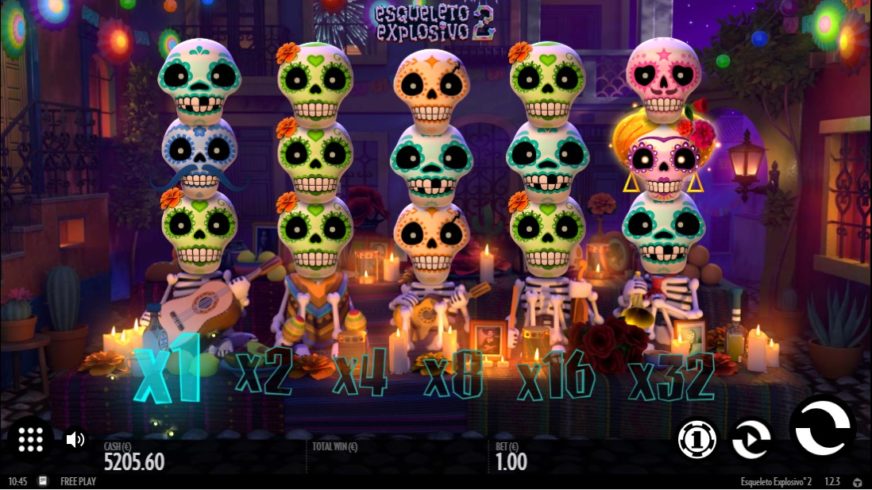 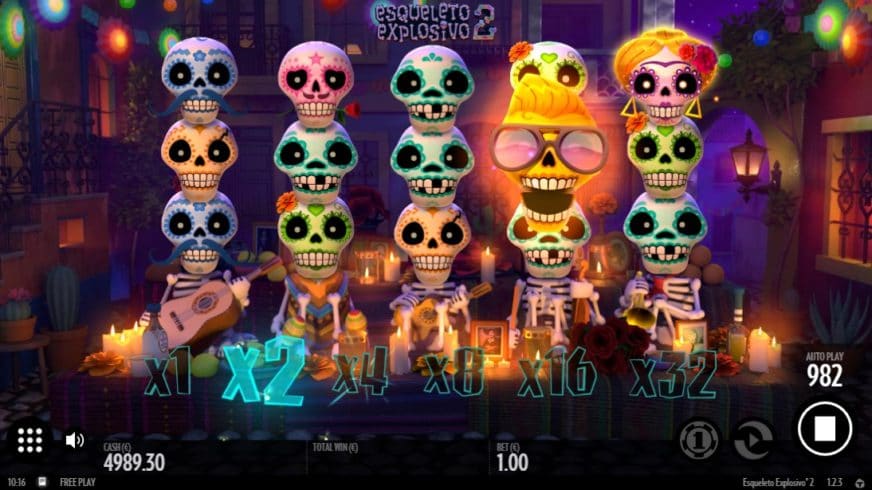 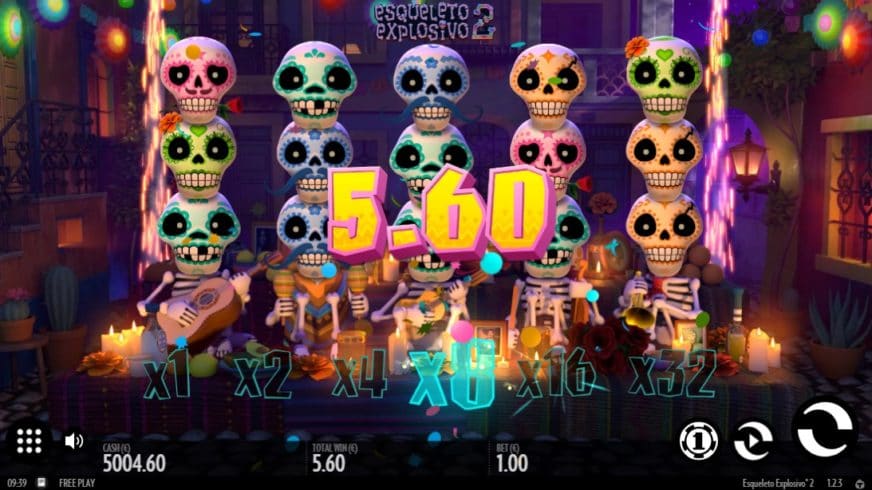 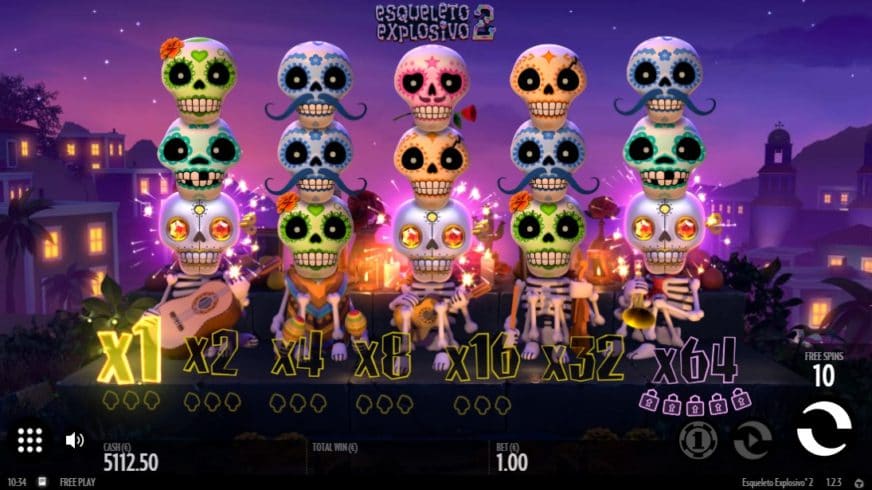 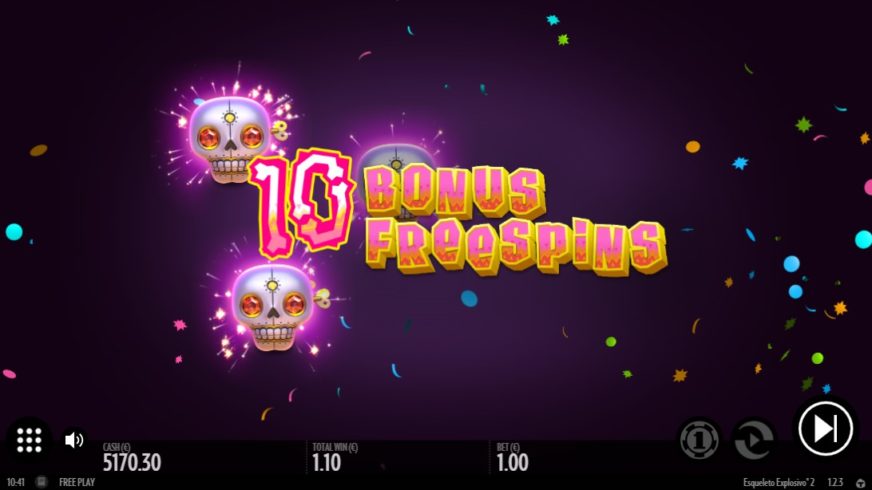 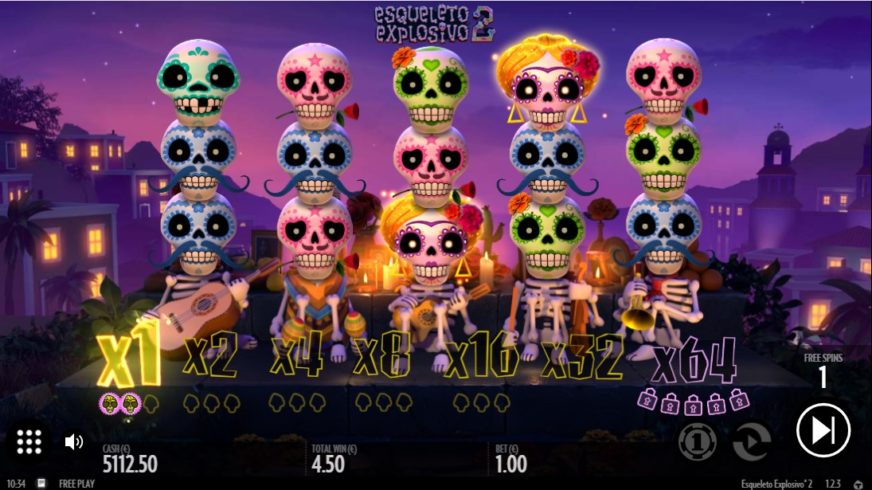 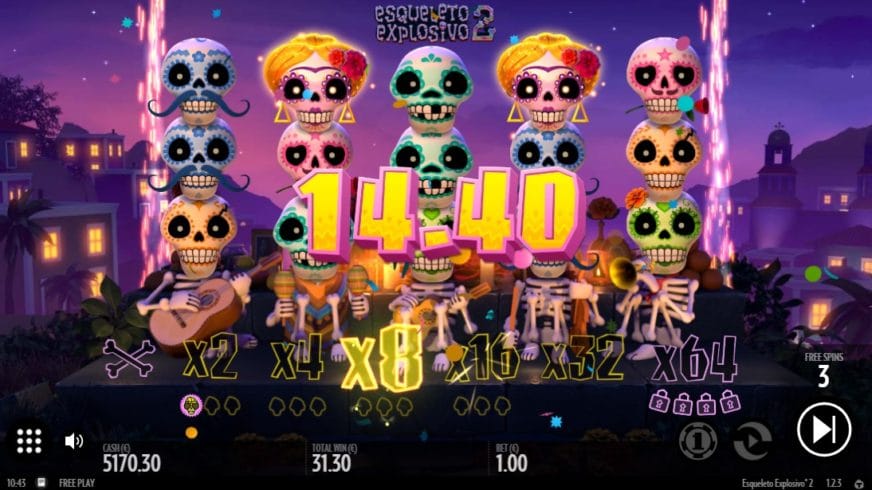 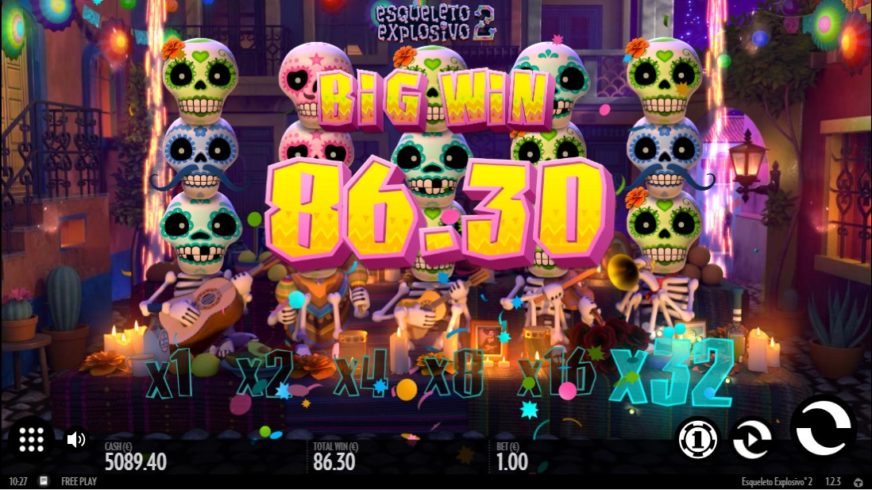