Fruit Warp is the title developed by well known studio Thunderkick. Released on 11.08.2014 it became a hit among players for its thrilling engine and fantastic artwork. This review describes all of its key characteristics that along with free test mode available on Clash of Slots give a good idea of experience you'll be getting.

Everyone is familiar with fruit-themed slots, usually the so-called classic slots. Thunderkick suggests that you have a fresh look at fruit slots in a new format.

Fruit Warp is a rather unusual model with a fruit theme. Instead of reels with symbols depicted on them, the developers used an outstanding solution. All symbols just fly out and float in the air.

The design of the Fruit Warp slot is very simple. The images appear against a green background without any additions. Calm music in the slot will help you relax and fully immerse in the gameplay. As mentioned above, there are no reels in the slot. The symbols that help you get payments just float in the air. You will see nine different fruits and berries: cherry, plum, strawberry, orange, banana, grape, papaya, an exotic fruit — dragon’s eye, and carambola. There are no special characters in the slot.

The developers did not add any bonus games or free spins to the slot. The essence is getting five or more images with the same fruit. If this happens, the Warp Meter function will start. This is a kind of scale, which is located at the bottom of the play field, with various cells on it. Your task is to fill them with the necessary fruit to move up the scale. Multipliers and extra lives are awaiting you on this scale. When Warp Meter is active, you get a so-called respin, during which matching symbols remain in place, and new ones appear instead of the others.

The further you move up the scale, the more valuable prizes you win. These include additional multipliers, as well as lives, which allow you to continue the round. 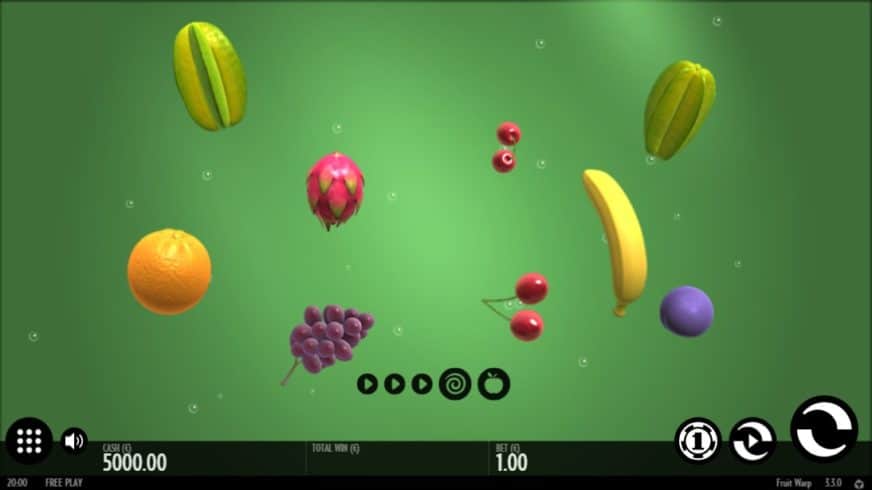 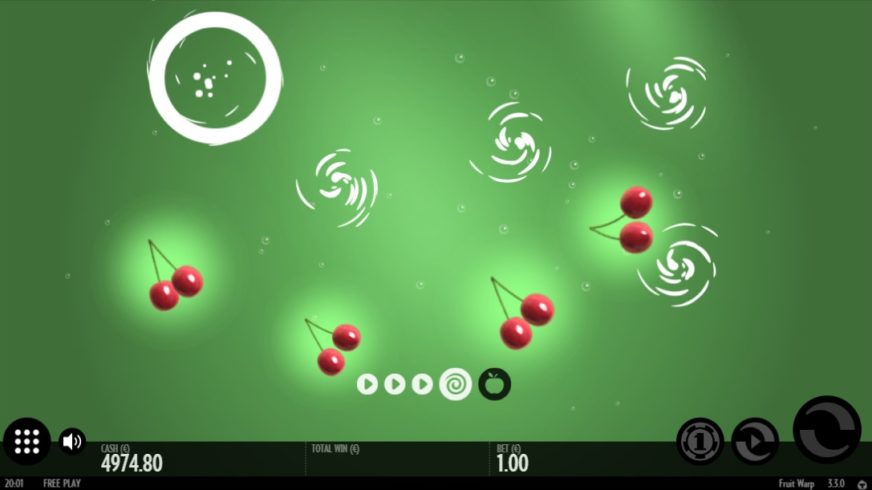 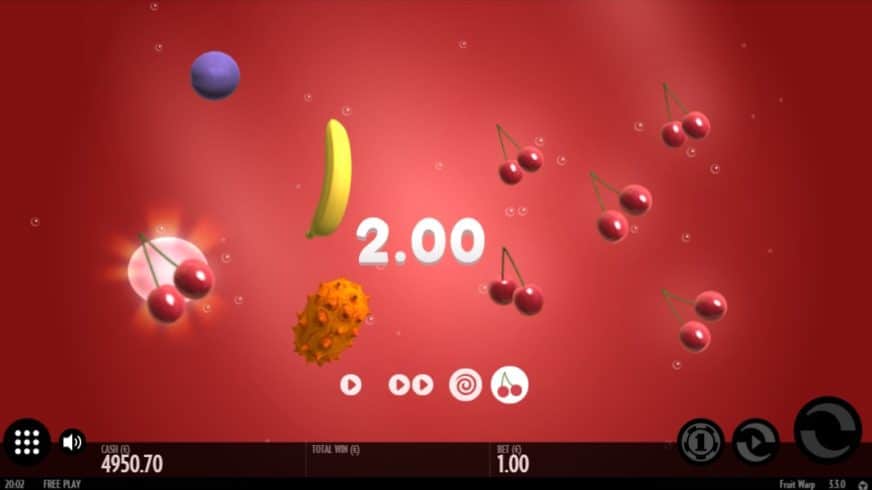 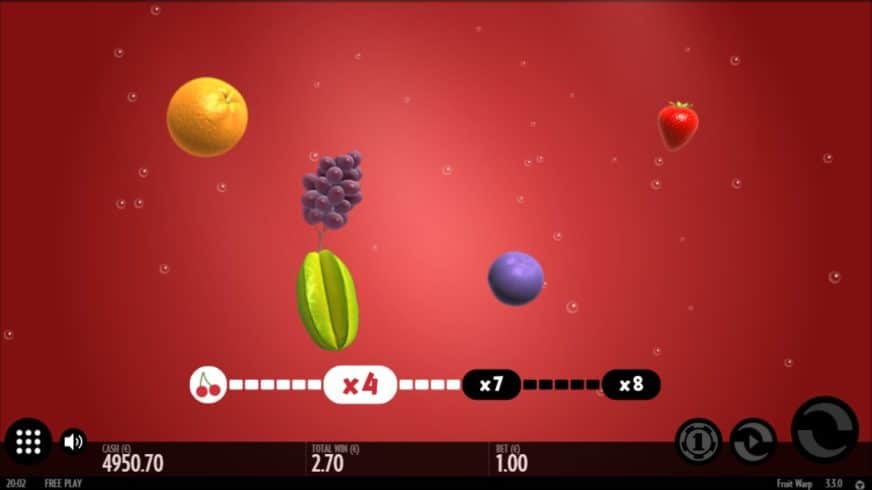 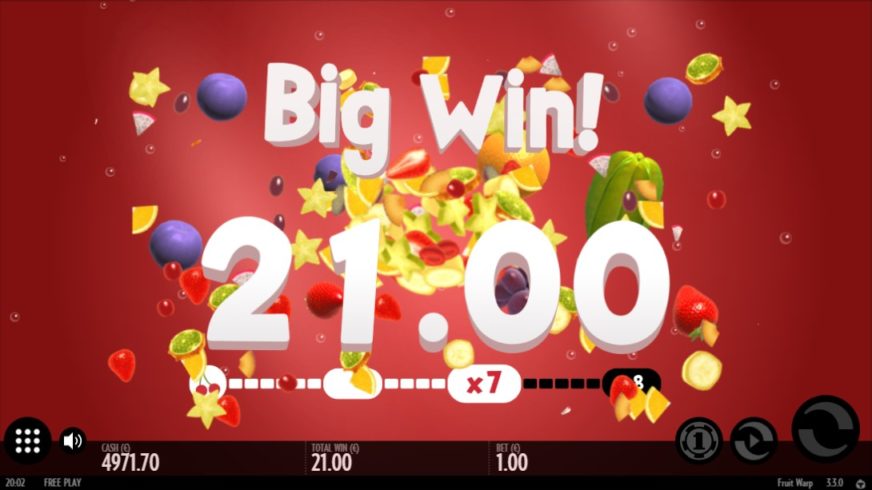 Can I play Fruit Warp for free?
Yes, Clash of Slots is the place to play demo Fruit Warp with no sign up required. Any gambling site partnering with Thunderkick would also offer free access to the test mode.
Can I win real money on Fruit Warp slot?
Yes, registered account with a gambling site would be the only option to enjoy real money Fruit Warp and hit real winnings.
What is the best place to play Fruit Warp?
When it comes to demo mode any trusted gambling operator or casino related site such as Clash of Slots would be fine. Once real money gets involved licensed operator with good reputation and excellent services must be selected. Best casino would vary depending on one`s personal preferences.
Can I play Fruit Warp slot on mobile phone?
Yes, this title is mobile friendly and can be loaded on any device.
How to win playing Fruit Warp?
This is a licensed video slot that generates random outcomes, and all you need is a good fortune. Look through the paytable to find out how and how much you can win.
Top Thunderkick Casinos