Jaguar Temple is the slot developed by recognized studio Thunderkick. Released on 19.09.2018 it became popular among slot fans for its immersive engine and high-quality artwork. This review describes all of its key characteristics that along with free test mode available on Clash of Slots give a great idea of experience you’ll be getting.

This is a 5-reel 20-line video slot with a Mega Symbol feature and expanding wild symbols. The unique graphics of Jaguar Temple must also be noted – it fully reflects the theme of the slot and looks magnificent. A free spin bonus game with an expanding wild symbol, as well as huge 3×3 golden jaguar symbols that appear in the base gameplay on the central part of the screen must be noted among the available features.

The design of the Jaguar Temple slot is reminiscent of the ancient Mayan tribe. The game screen is located in the center of a stone pyramid embraced by jaguar paws. You will see stone statues of various animals on the reels. Low pay symbols are card suits of spades, hearts, clubs, and diamonds, also made of stone. The top symbol is a golden jaguar, which can bring up to 50 coins for 5 matching symbols and expand to the 3×3 field. The wild symbol looks like a shaman and can expand to the entire game reel during the Free Spin feature.

The Free Spin feature is triggered when 3 scatter symbols land anywhere on the game screen. You will get 10 free spins, where the wild symbol lands on reels 2, 3, and 4 – when it appears, the symbol expands to the entire game reel, so the three symbols that appear fill the entire central part, creating a great number of winning combinations.

Jaguar Symbol 3×3 can only land in the center of the game screen during the base gameplay. This feature is a bit like big boxes in the Asgardian Stones slot from NetEnt, but it pays better.

In conclusion, it can be said that Thunderkick develops good slots with a unique design, which noticeably distinguishes it from competitors, and its new game Jaguar Temple undoubtedly proves this fact. 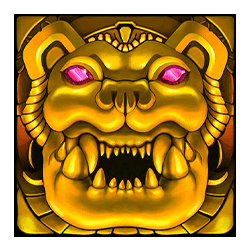 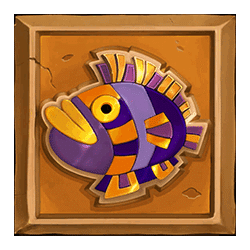 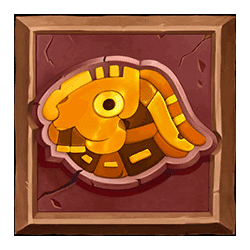 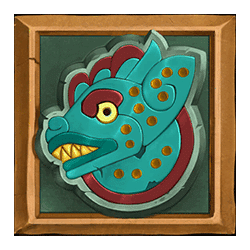 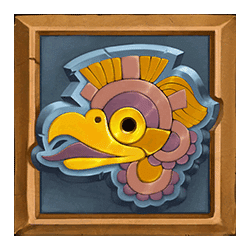 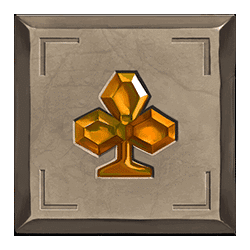 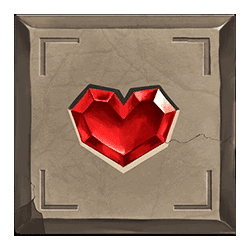 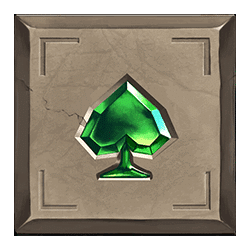 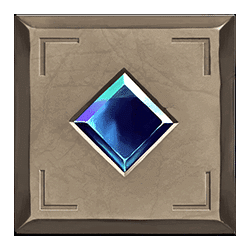 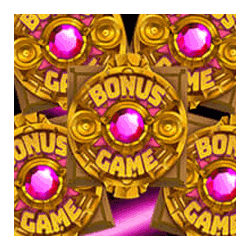 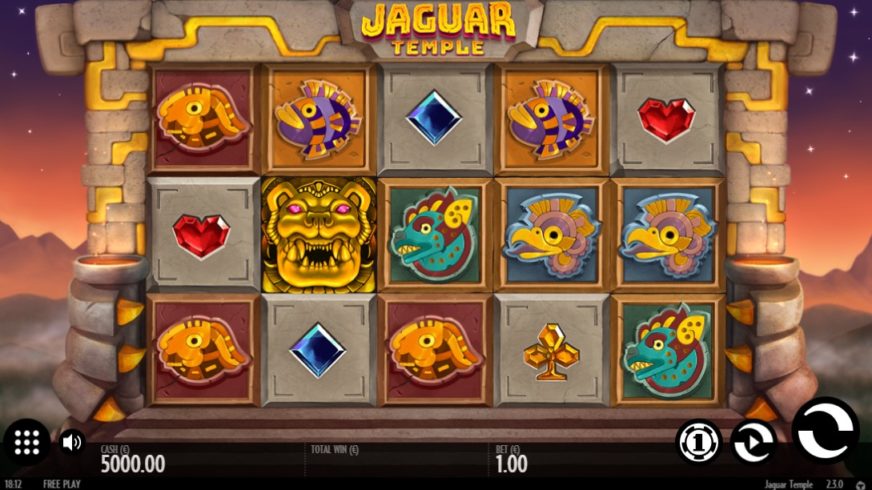 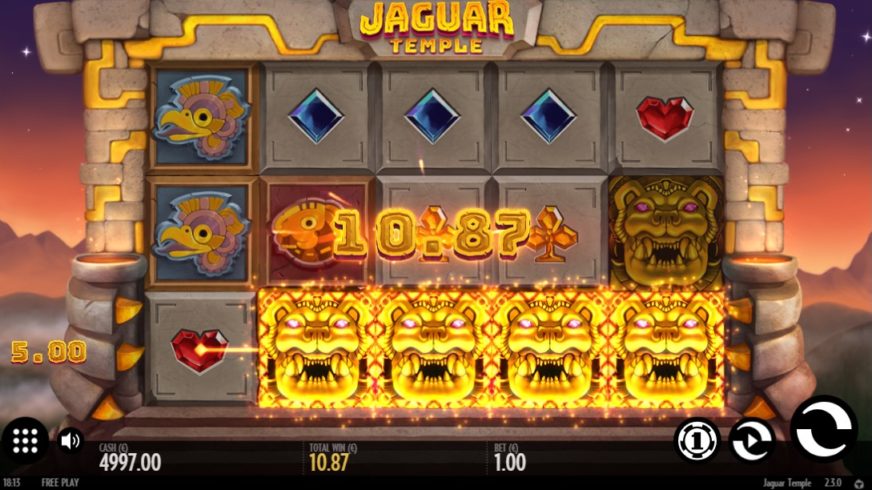 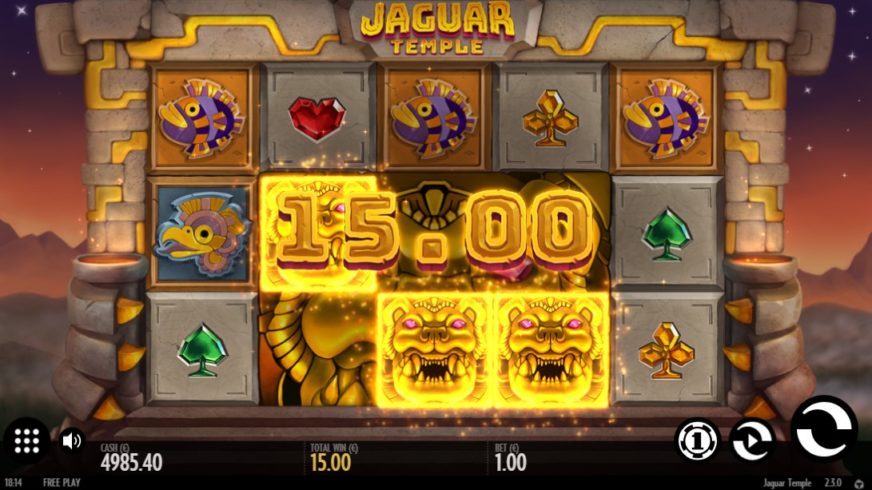 Can I play Jaguar Temple free slot?
Yes, our site is the place to play demo Jaguar Temple with no sign up required. Any casino site partnering with Thunderkick would also give free access to the test mode.
Can I win real money on Jaguar Temple slot?
Yes, registered account with a gambling site would be the only option to enjoy real money Jaguar Temple and land real winnings.
What is the best place to play Jaguar Temple?
When it comes to free play any trusted gambling operator or casino related site such as Clash of Slots would be fine. Once real money gets involved licensed operator with good reputation and premium services must be selected. Best casino would vary depending on one`s personal preferences.
Can I play Jaguar Temple slot on mobile phone?
Yes, this slot machine is mobile friendly and can be loaded on any device.
How to win playing Jaguar Temple?
This is a certified game that generates random results, and all you need is a good luck. Look through the paytable to learn how and how much you can win.
Top Thunderkick Casinos