Cyrus the Virus is the game developed by well known studio Yggdrasil Gaming. Released on 01.06.2015 it became an instant success among gamblers for its exciting engine and fantastic artwork. This review describes all of its key characteristics that along with free test mode available on clashofslots.com give a great idea of experience you’ll be getting.

We all know about viruses and microbes – they can be good or bad, but when playing Cyrus the Virus slot from Yggdrasil, microbes will help you earn good prizes.

The Yggdrasil Gaming developers have chosen an unusual theme for their Cyrus the Virus slot. Still, we know that they can cope with any task and make a masterpiece even with viruses. There are 5 game reels and 10 paylines, but in fact there are 5 of them on the left and 5 on the right, because payments are calculated in both directions.

The slot design looks very common. The game reels are located as if under a microscope, thanks to which you can clearly see all the viruses. You will be able to see various microbes serving as the symbols in the slot. You can also see small cells in the form of worms – these are lymphocytes, which help fight viruses when crawling out of their burrows. But when there are a lot of viruses and they can form a combination, the little lymphocytes are no longer able to prevent them.

Bonus Features of the Gameplay

The developers decided not to overload the game with bonuses or free spins. All you can see while playing for free on our website is respins that are triggered by the wild symbol. However, many are familiar with this feature thanks to the Starburst slot from NetEnt.

As such, when the wild symbol lands on reel 3, as it is not provided on other reels, it expands across the entire game column, after which the respin occurs. During the respin, the wild remains locked in place, giving you the chance to get another winning combination. Since all symbols in the game can land to fill the entire game column, you have a chance to get an entire playing field filled with one symbol.

Overall, it can be said that Yggdrasil chose a rather unusual theme when creating the Cyrus the Virus slot, but this did not affect its gameplay, even despite the absence of bonuses and a free spins round.

Cyrus the Virus Symbols and Paytable 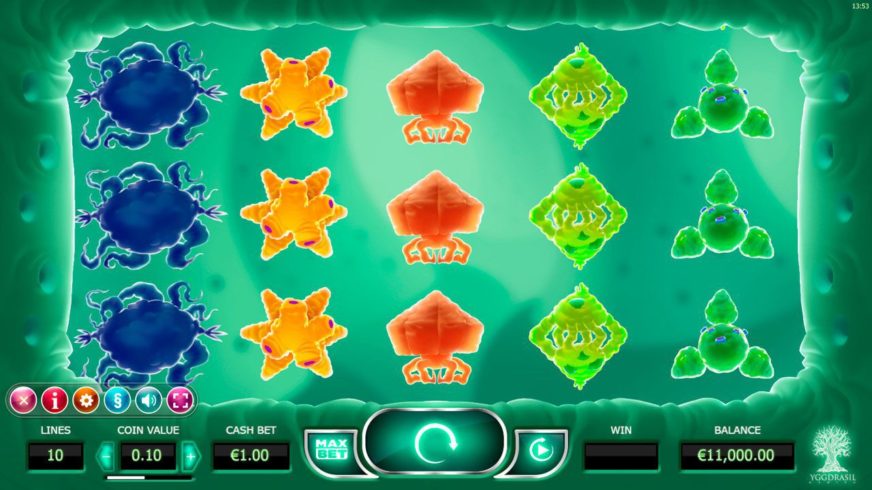 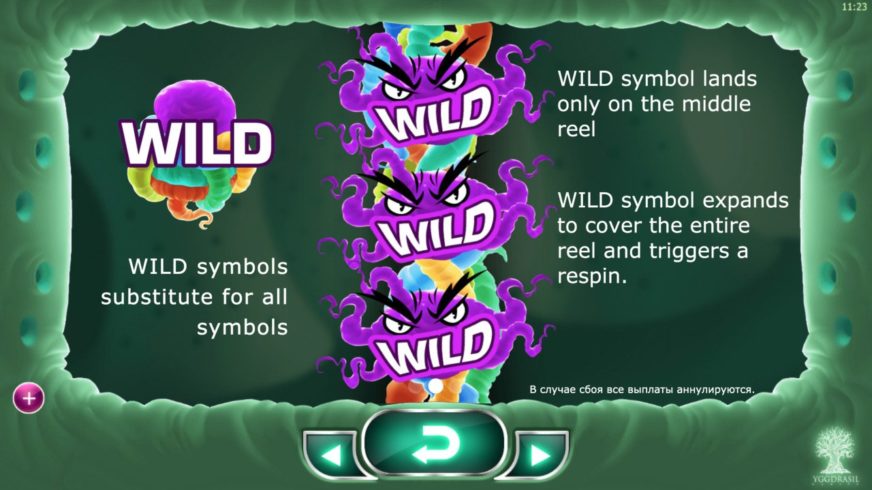 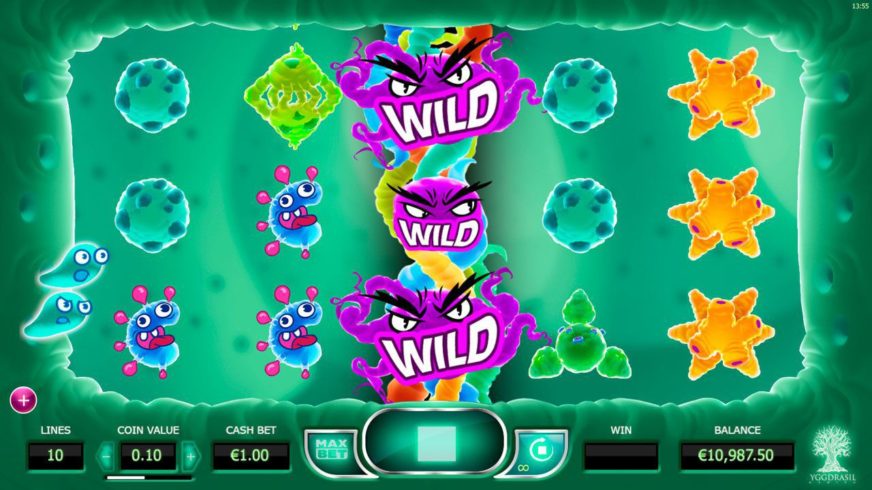 Cyrus the Virus Reviews by Players