Dark Vortex is the slot developed by recognized studio Yggdrasil Gaming. Released on 24.10.2018 it became popular among players for its thrilling engine and high-quality artwork. This review describes all of its key characteristics that along with free test mode available on our site give a complete idea of experience you'll be getting.

The famous holiday of all evil spirits, Halloween, is approaching. Many companies have already launched their new products dedicated to this theme, and the turn has come to the Yggdrasil company.

The Dark Vortex slot has 5 reels and from 243 to 3125 paylines that work in both directions and vary depending on the number of artifacts received. The main features of the game are Vortex symbols that appear on the game screen. In addition, you can activate the Vortex Free Spins feature, where you will play on a 5 × 5 grid with 3125 paylines.

The design of the slot can bring some horror. The game screen is set against the background of a pagan altar with stone skeletons. There are symbols on the reels that were used in pagan rituals. The low pay symbols are multi-colored books with magic spells. The higher pay symbols are various evil spirits.

In addition, in the new slot, you can buy a free spins feature and activate free spins whenever you want, for this you have to bet x80 of the selected bet.

The Vortex feature is activated when two bonus symbols appear on the highlighted panel. You will receive three respins with activated wild symbols; they drop out only on the central part of the game screen.

With each spin, magic balls of red and blue may appear on the screen, blue balls are responsible for the number of free spins and are located on the right side of the game screen, red balls determine the number of wild symbols that fall in the glowing panel, and they are displayed on the left side of the game screen. In addition, repeated bonus symbols can bring you closer to starting the free spin feature.

In general, Dark vortex turned out to be a rather interesting slot with double-sided payouts and a good set of unusual bonus features. The launch of the slot is scheduled for October 24, 2018, so stay tuned for the news and don’t miss out on the news. If you love the Halloween-themed slots, we recommend you to try the new Halloween Jack slot from NetEnt, which is released on the same day. 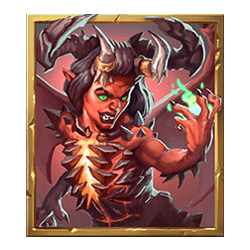 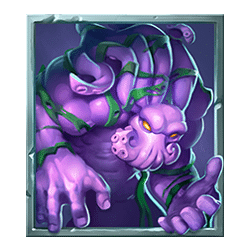 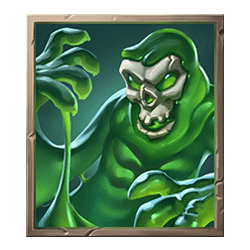 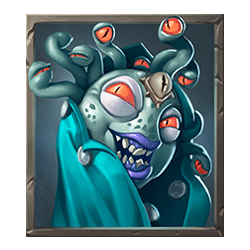 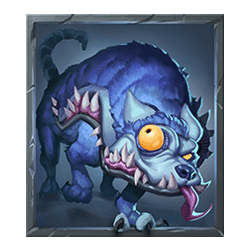 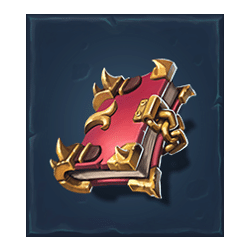 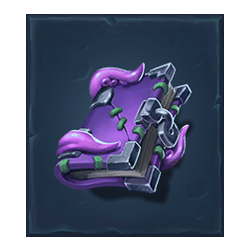 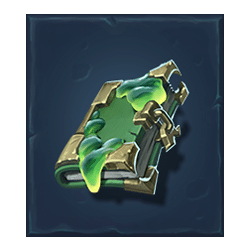 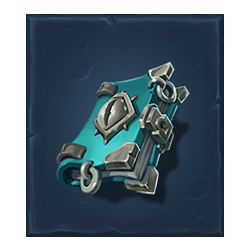 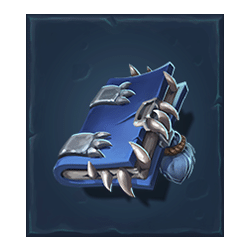 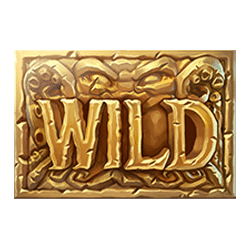 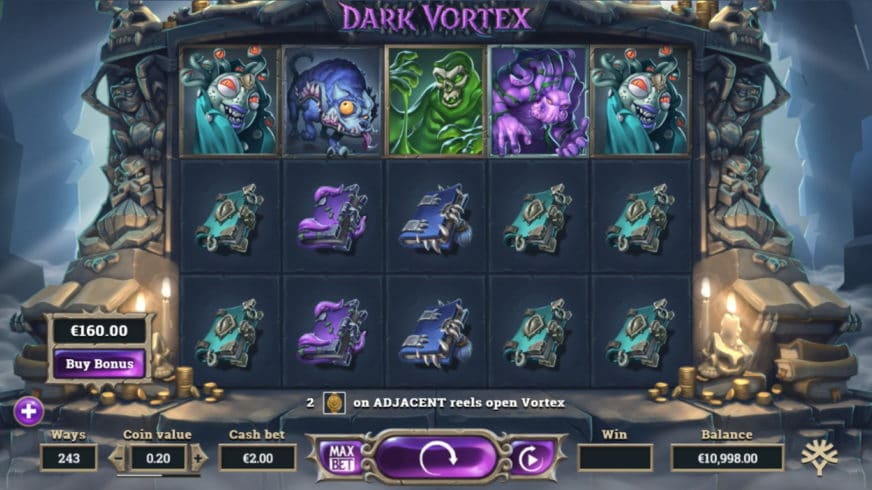 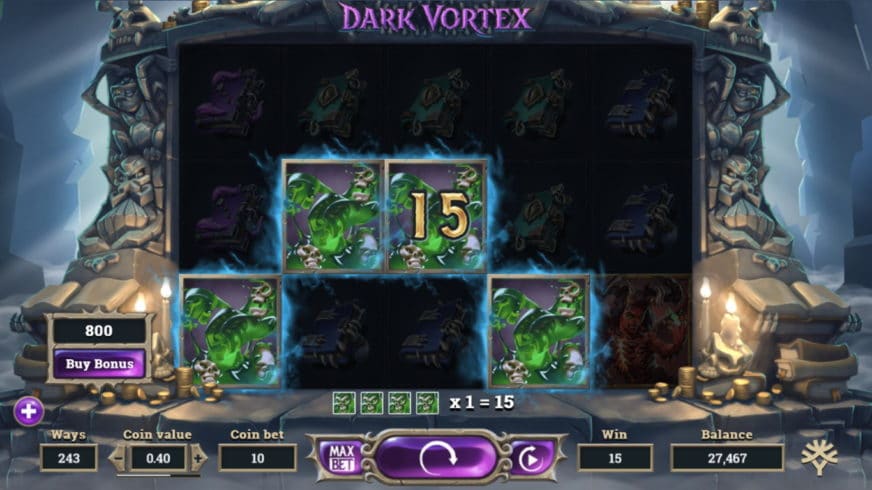 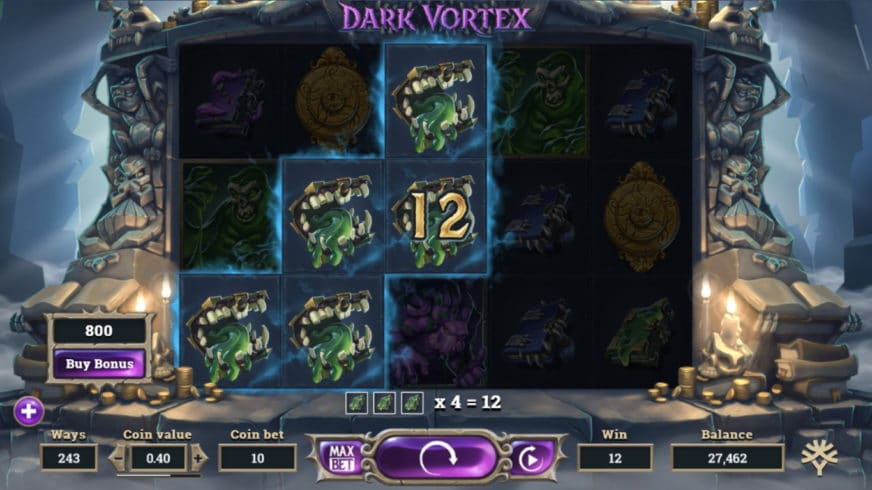 Can I play Dark Vortex free slot?
Yes, Clash of Slots is the place to test Dark Vortex with no sign up required. Any gambling site partnering with Yggdrasil Gaming would also provide free access to the demo mode.
Can I win real money on Dark Vortex slot?
Yes, registered account with a gambling site would be the only option to enjoy real money Dark Vortex and get real winnings.
What is the best place to play Dark Vortex?
When it comes to test mode any trusted gambling operator or casino related site such as Clash of Slots would be fine. Once real cash gets invested licensed operator with good reputation and premium services must be selected. Best casino would vary depending on one`s personal requirements.
Can I play Dark Vortex slot on mobile phone?
Yes, this game is mobile friendly and can be loaded on any device.
How to win playing Dark Vortex?
This is a licensed game that generates random outcomes, and all you need is a good luck. Look through the paytable to learn how and how much you can win.
Top Yggdrasil Gaming Casinos