Lucha Maniacs is the title developed by renowned studio Yggdrasil Gaming. Released on 24.04.2018 it became an instant success among slot fans for its exciting engine and amazing artwork. This review explains all of its main characteristics that along with free test mode available on Clash of Slots give a great idea of experience you’ll be getting.

Lucha Maniacs is a 5-reel, 20-payline slot that can be launched on any device with a minimum bet of $0.20 per spin, and has an impressive number of additional bonus features. The design of the Lucha Maniacs slot has beautifully drawn graphics. The game screen is located against the background of the wrestling ring, and you will meet four wrestlers dressed in multi-colored suits on the game reels. They are the high pay symbols. The low pay symbols are standard card suits. The wild symbol looks like the logo of the Lucha Maniacs slot. The scatter symbol activates the free spin bonus game and is designed as a wrestling arena.

When choosing tickets, all additional features are summed up and are valid for the remaining free spins. During the free spin feature, you can open additional tickets. You just need to get two or more scatter symbols, the selected cards are also added to the additional features already received, which significantly increases your chances of a big win.

In addition, pay attention to the additional Poster Bonus Game. It is activated when two scatter symbols appear during the main game. Here you will get the chance to choose one card, activate the free spin bonus game, or get x4 win from your initial bet.

Overall, the new Lucha Maniacs slot from Yggdrasil looks pretty interesting and resembles the popular Luchadora slot from Thunderkick. However, the new game has more colorful graphics and an extensive set of additional bonus features that will pleasantly surprise even the most demanding players. 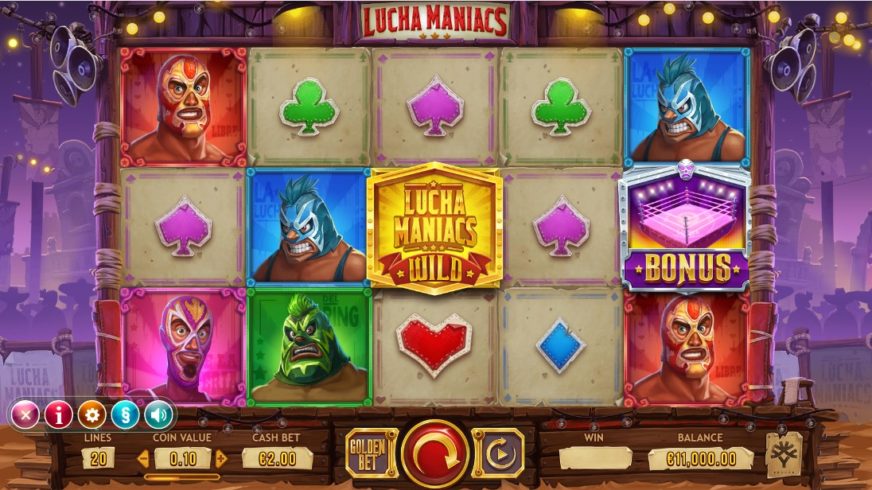 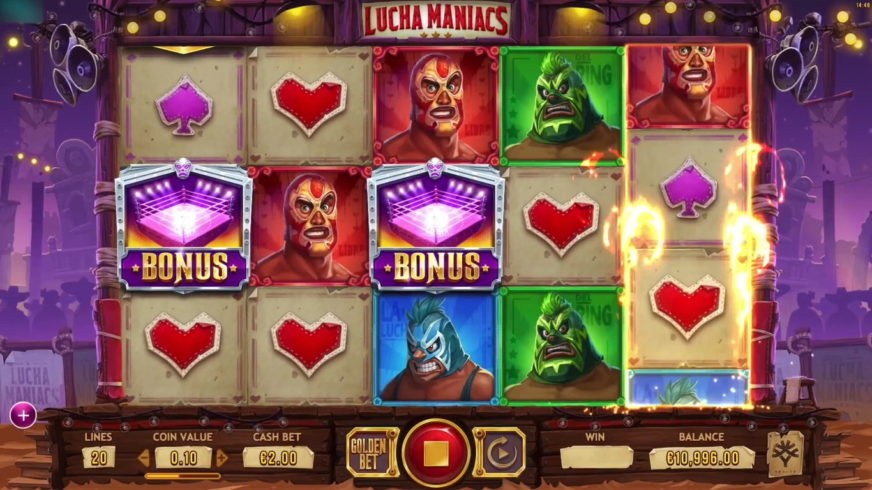 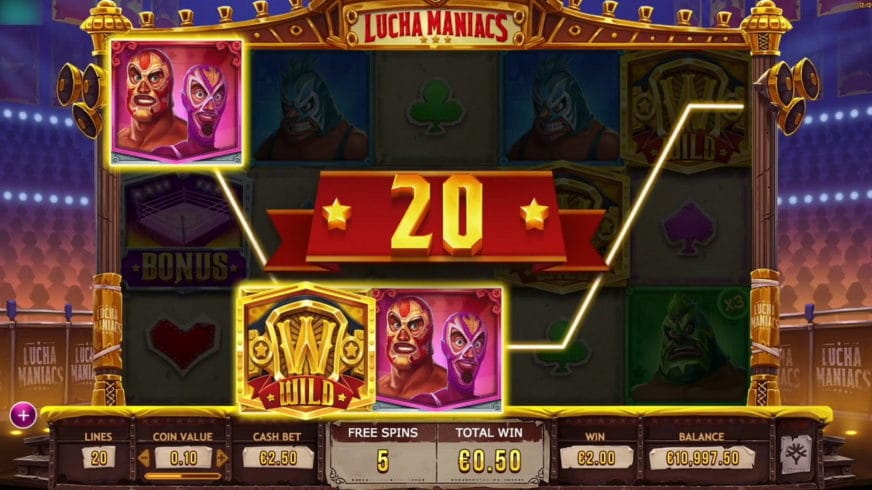 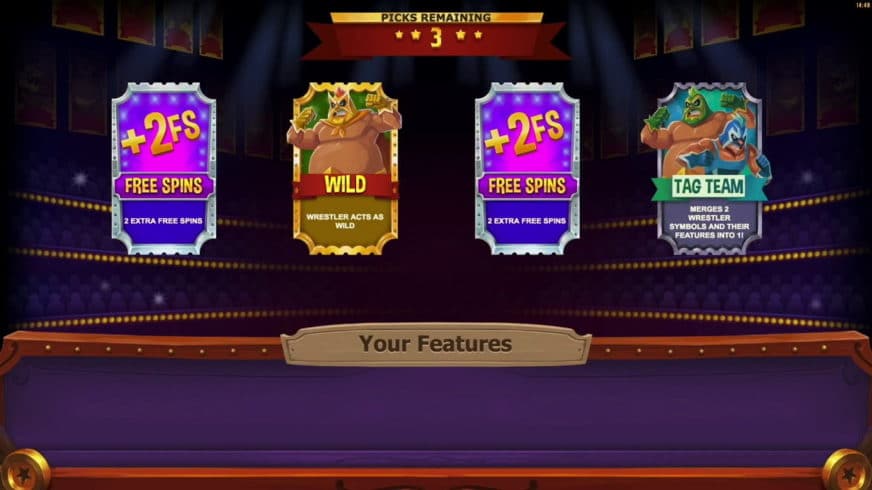 Can I play Lucha Maniacs for free?
Yes, clashofslots.com is the place to test Lucha Maniacs with no registration required. Any casino site partnering with Yggdrasil Gaming would also offer free access to the test mode.
Can I win real money on Lucha Maniacs slot?
Yes, registered account with a casino operator would be the only option to play real money Lucha Maniacs and land real winnings.
What is the best place to play Lucha Maniacs?
When it comes to test mode any trusted gambling operator or casino related site such as Clash of Slots would be fine. Once real money gets involved licensed operator with solid reputation and excellent services must be selected. Best choice would vary depending on one`s personal preferences.
Can I play Lucha Maniacs slot on mobile phone?
Yes, this title is mobile friendly and can be loaded on any device.
How to win playing Lucha Maniacs?
This is a certified video slot that generates random outcomes, and all you need is a good luck. Look through the paytable to see how and how much you can win.