Power Plant is the title developed by recognized studio Yggdrasil Gaming. Released on 24.04.2017 it became popular among gamblers for its immersive engine and fantastic artwork. This review details all of its main characteristics that along with free test mode available on clashofslots.com give a great idea of experience you’ll be getting.

The Yggdrasil developers always know how to surprise their fans, and the new Power Plant slot in a futuristic style proves this.

Power Plant has 5 reels and as many as 82 paylines. Since the slot is in a futuristic style, all the symbols used in it correspond to the theme. You will find signs that depict leaves, drops, lightning, and fire on the reels, and the radiation icon is the highest paying symbol.

The Wild (the sign with the letter W) serves to replace the missing symbols in the game and comes in long stripes of 8 symbols. If the wild fills one reel completely, you will be provided with 1 respin: the reel on which the wild symbols appear is locked in place, and additional bonus features are triggered during the next spin: 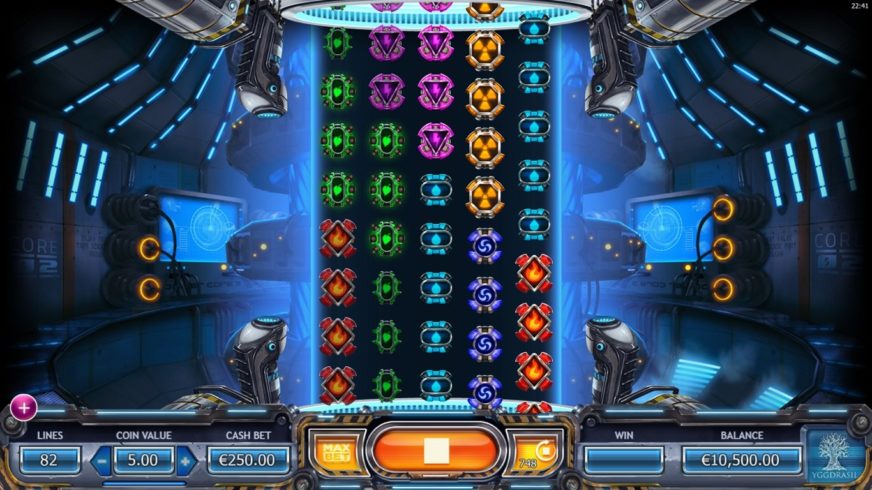 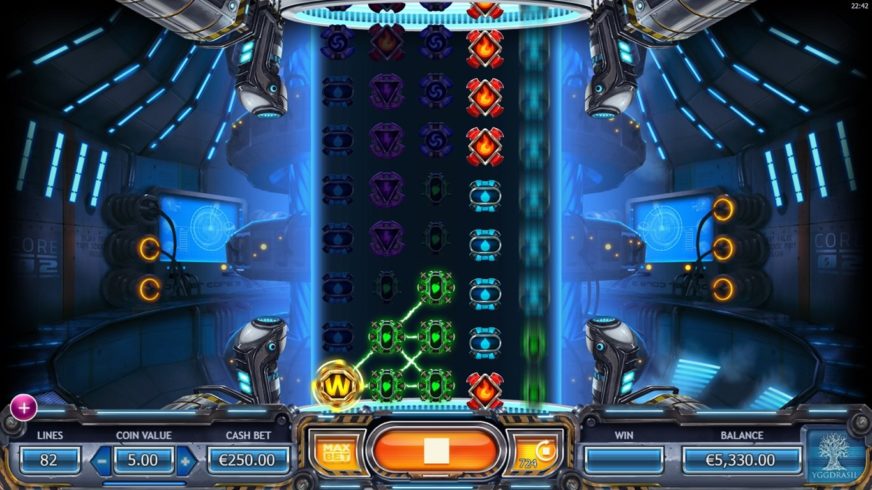 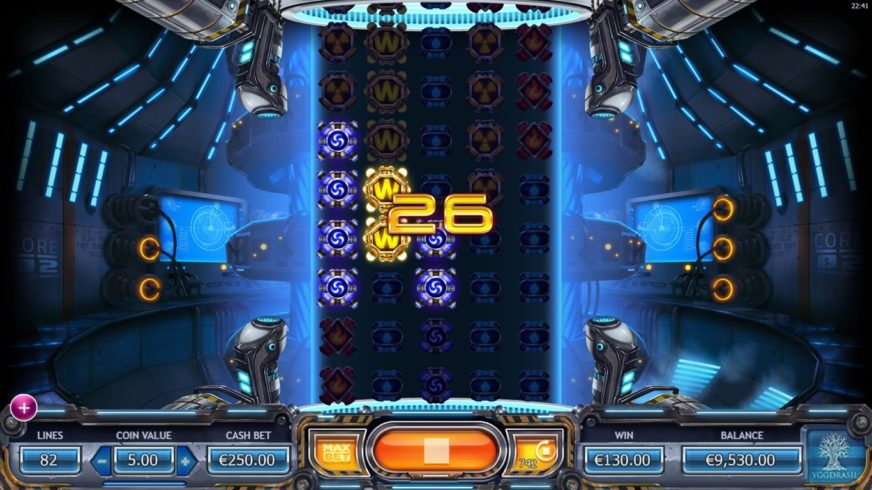 Can I play Power Plant free slot?
Yes, clashofslots.com is the place to play demo Power Plant with no sign up required. Any casino site partnering with Yggdrasil Gaming would also offer free access to the test mode.
Can I win real money on Power Plant slot?
Yes, registered account with a casino operator would be the only option to enjoy real money Power Plant and get real winnings.
What is the best place to play Power Plant?
When it comes to test mode any trusted gambling operator or casino related site such as Clash of Slots would be fine. Once real cash gets invested licensed operator with solid reputation and top tier services must be selected. Best option would vary depending on one`s personal requirements.
Can I play Power Plant slot on mobile phone?
Yes, this slot is mobile optimized and can be loaded on any device.
How to win playing Power Plant?
This is a certified video slot that generates random results, and all you need is a good fortune. Check the paytable to learn how and how much you can win.