For the supplier of this level Syncronite Splitz is a remarkable game that’s made it to the lobbies of many casinos. Syncronite Splitz hit the market on 19.11.2020 offering proven gameplay and superior artwork. You can enjoy free Syncronite Splitz demo mode on clashofslots.com as a guest with no sign up required.

Check out the game metrics to decide if that’s the greatest option for you. Syncronite Splitz offers 96% theoretical return, High risk level and x64800 win potential, max win. With a pretty balanced math and the possibility of the big swings, the game is always exciting. Overall, it delivers enjoyable gaming experience.

Syncronite Splitz appeals to those who appreciate gameplay that has both classic and unique elements to it. If no feature gets triggered, the base game is still interesting but as soon as wilds, scatters or other special symbols or features land on the reels, it gets to the whole new level.

Once you launch the Syncronite Splitz slot, you will see a playing field consisting of 6 reels, 3 rows and 729 ways to win. However, the number of rows and, accordingly, ways to generate wins may increase (more on that later). To get a winning combination, you need to land 3 or more identical symbols on adjacent reels, starting from the leftmost one.

When playing the Syncronite Splitz slot, you will see no special symbols. A golden lion, which is also a split symbol, is the only image that can be referred to as special. When such symbols land on the playing field, you will see them split to give you up to 8 positions covered with matching symbols. All other symbols are casino chips, dice, cherries, bells and diamonds.

The Syncronite Splitz slot is playable on any compatible device, with bets ranging from 0.10 to 20 euros per spin. You can play in manual mode or choose auto spinning with at least 10 spins. The RTP in Syncronite Splitz is 96%, which is about average, the volatility is high, and the hit rate is 27.34%. The maximum win you can get from a single spin is 64,800 times your bet.

No special symbols means no free spins or other bonus rounds in the Syncronite Splitz slot. However, the developers added Synced Reels and Splitz features in order to slightly diversify the main gameplay.

The Synced Reels feature synchronizes at least two adjacent reels during any spin and makes them display matching symbols. In theory, you will be able to sync all six reels, which entails big wins.

The Splitz feature is related to the golden lion symbols: if they land on the synchronized reels, they can split and give you up to eight positions of matching symbols. As a result, all positions will be filled with identical symbols. It also increases the number of ways to win. You have 21,168 ways to create a winning combination, if the reels display the maximum number of symbols.

Overall, Syncronite Splitz is another interesting slot that uses the Splitz mechanics — you will find a comprehensible gameplay combined with decent maximum payouts while playing it. 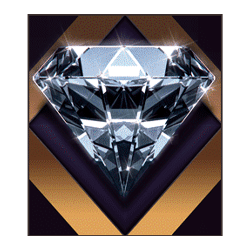 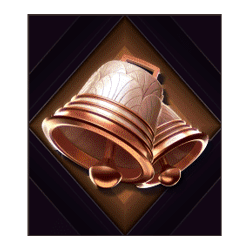 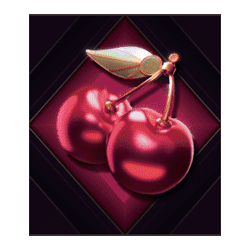 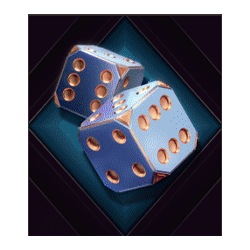 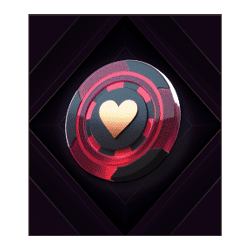 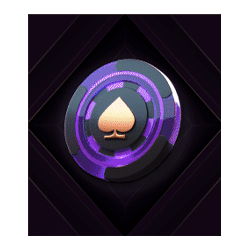 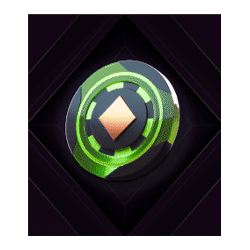 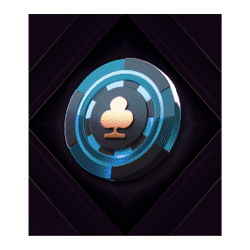 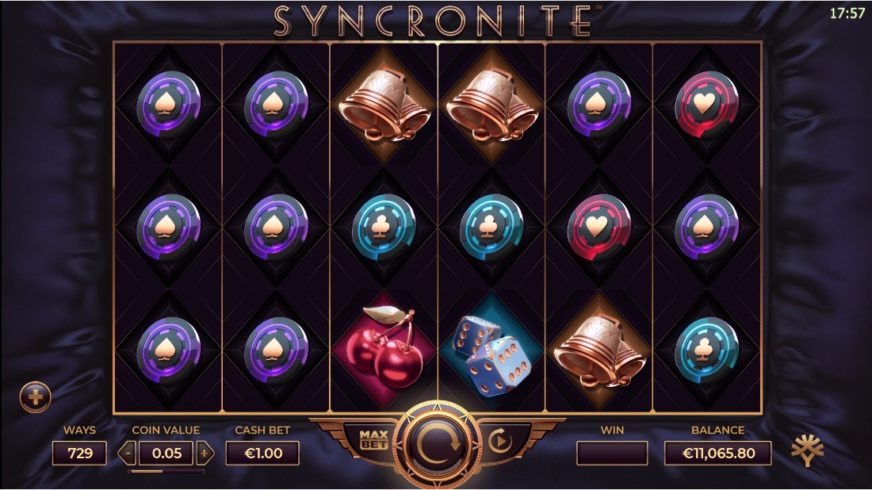 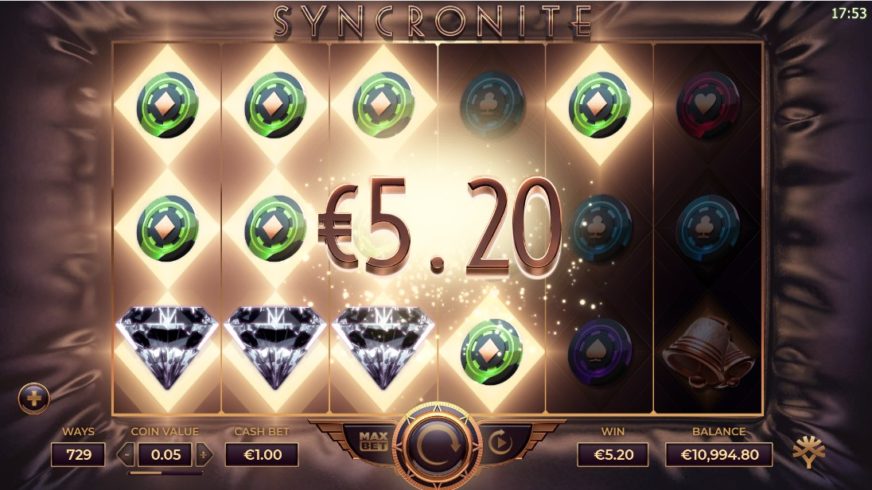 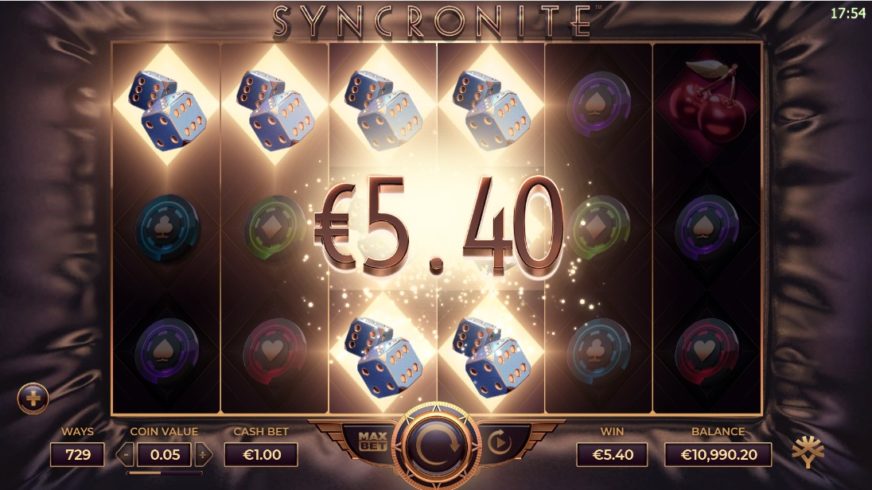 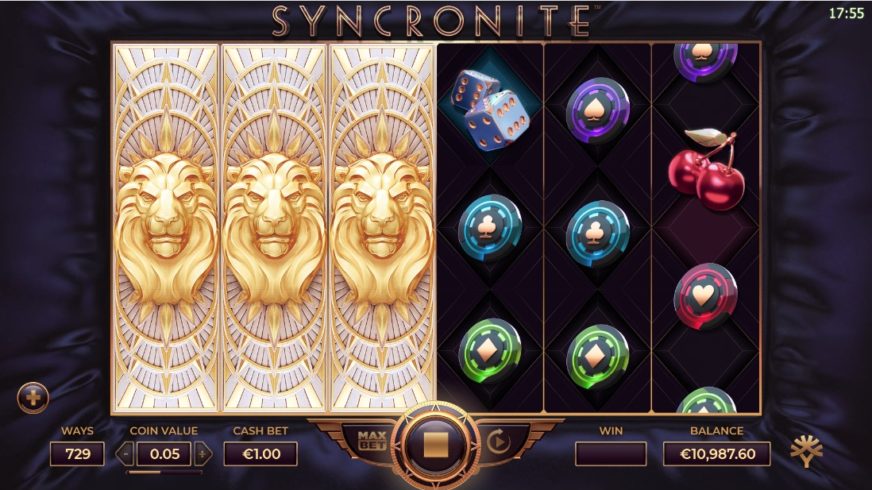 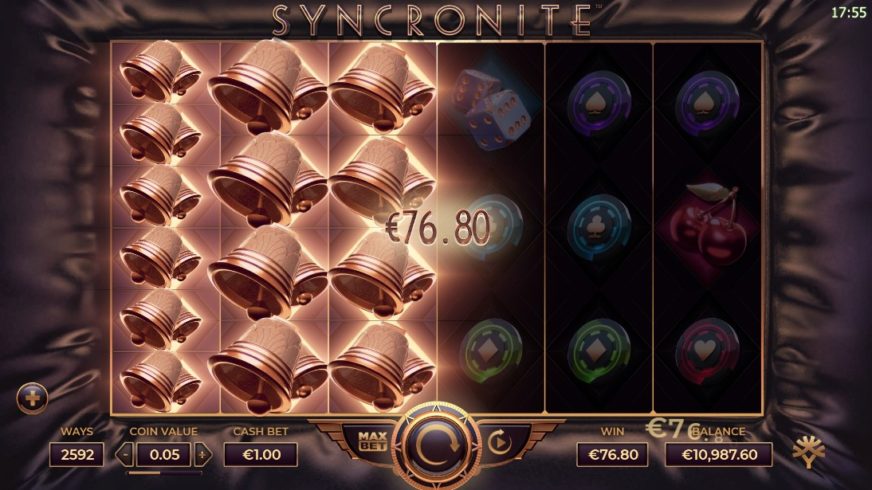