The One Armed Bandit Slot Review

The One Armed Bandit is the slot developed by recognized studio Yggdrasil Gaming. Released on 24.07.2019 it became an instant success among gamblers for its thrilling engine and fantastic artwork. This review details all of its key characteristics that along with free demo mode available on Clash of Slots give a great idea of experience you’ll be getting.

In its portfolio the Yggdrasil Gaming company has slots with a variety of themes. However, this is the first time when they have decided to use the theme of the Wild West. Maybe this is due to the incredible success of Netent and its two slots Dead or Alive and Dead or Alive 2 that use the theme of the Wild West and are greatly demanded by players. We will find out later whether The One Armed Bandit slot developed by Yggdrasil Gaming can become as popular, but now, let’s take a closer look at what we will see in this slot.

The symbols on the reels include the card suits referred to low value images, as well as four more valuable symbols: spurs, a cowboy hat, a flask, and a pistol. The latter is the most profitable and gives you 80 times more than your bet for 5 pistols on a payline. The sheriff’s badge is a wild symbol and replaces all usual images in the game, with the exception of the scatter symbol (a masked bandit) that starts respins and free spins.

Bonus Features of The One Armed Bandit Slot

The Respin feature is activated every time there is a scatter symbol (a masked bandit) on the playing field. After that, you get a respin, and the bandit symbol dropped on the playing field becomes the wild with a x5 multiplier. If during the respin there is another bandit, you get another respin until the symbols of the bandits stop dropping out. Pay attention to the fact that above each game reel there are cells that turn into a star after each bandit drop. If you manage to open all five cells, you will get a bonus round in the form of free spins.

The free spins feature is activated when the cells located above the reels are fully opened. If this happens, you get 10 free spins. Besides, the remaining spins from the Respins feature are added to them (maximum 14). During the free spins, you will get an initial x5 multiplier that can be increased. Pay attention to the Bonus symbol (a bandit) that will appear on the reels during the feature.

Each time it appears, the multiplier will increase: two symbols up to x10, four up to x20, and for each bonus symbol you will get an additional free spin. Thus, you can get a lot of free spins with a x20multiplier that will undoubtedly bring good winnings.

Summing it up, I would like to say that The One Armed Bandit is another high quality and interesting slot from the Yggdrasil Gaming developers. It will be an excellent addition to the collection of their games.

The One Armed Bandit Symbols and Paytable 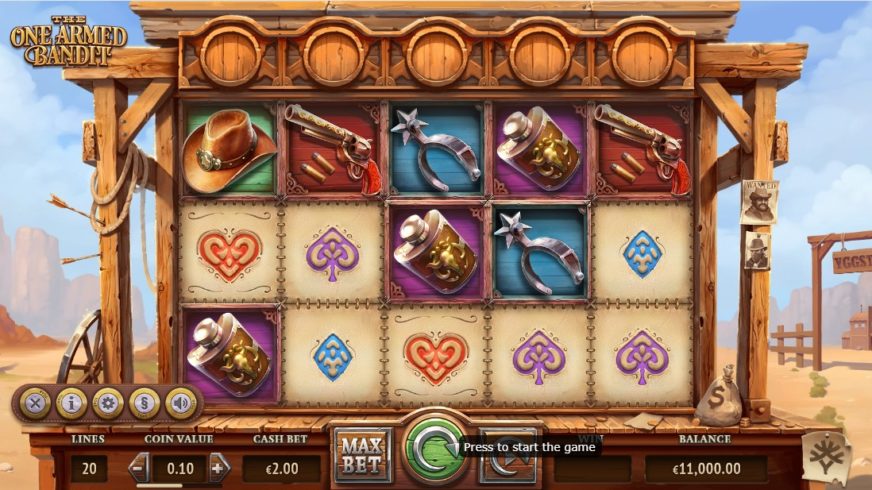 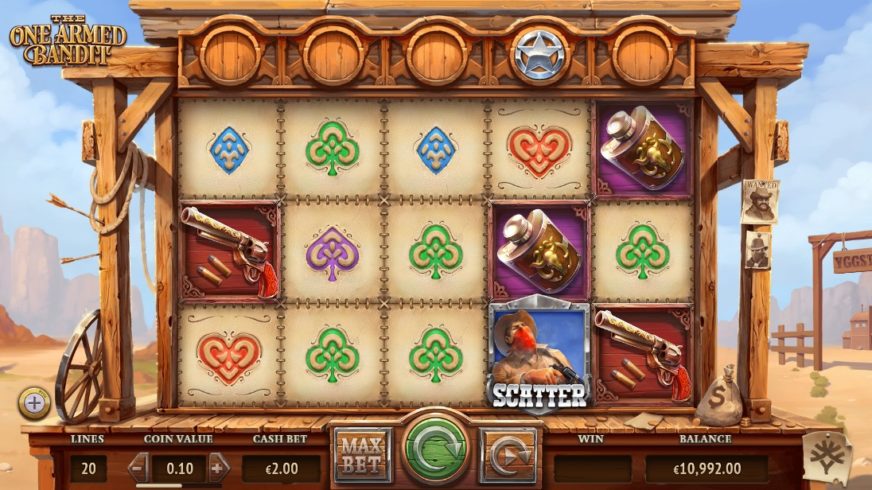 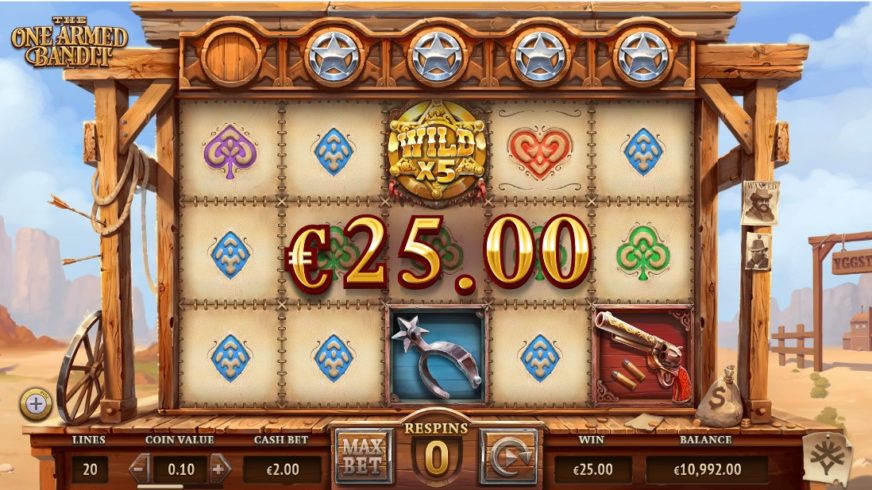 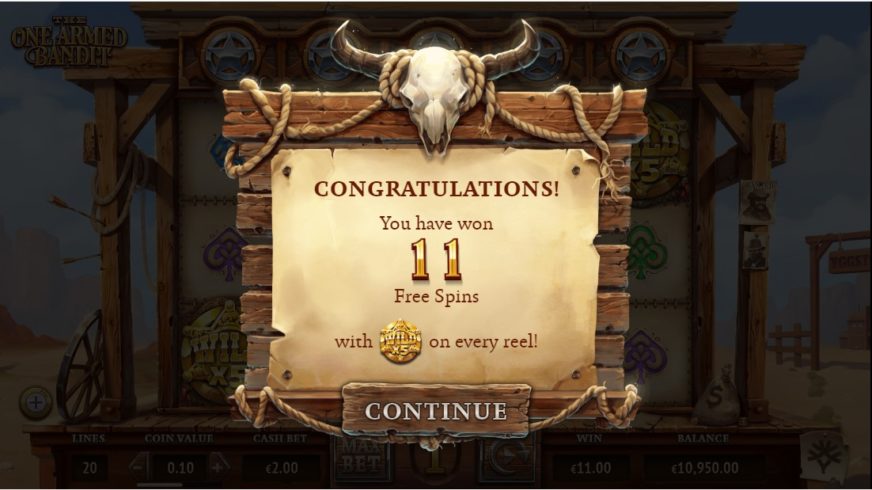 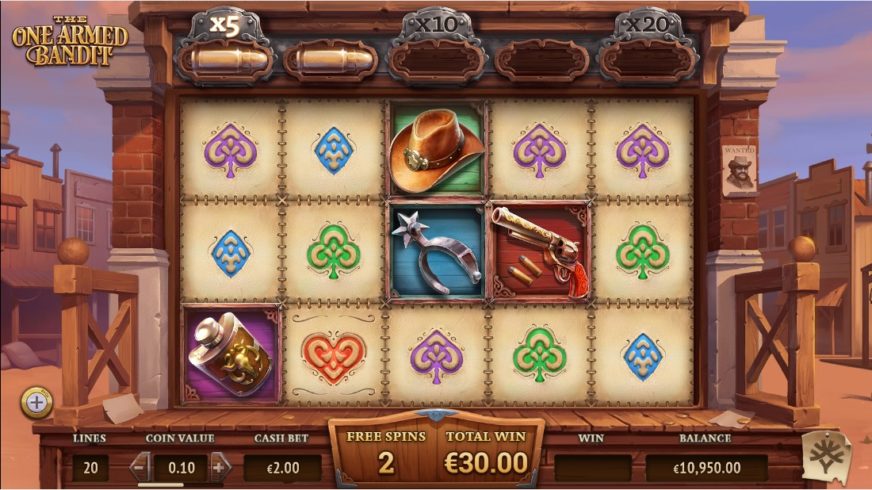 The One Armed Bandit Slot FAQs

The One Armed Bandit Reviews by Players