Jim McIngvale, known as “Mattress Mack”, won $75 million as Houston Astros defeated the Philadelphia Phillies on Saturday to claim the World Series title. McIngvale owns a furniture store and is famous for his massive sports bets. But this time his $10 million worth of bets secured him the record-breaking payout. 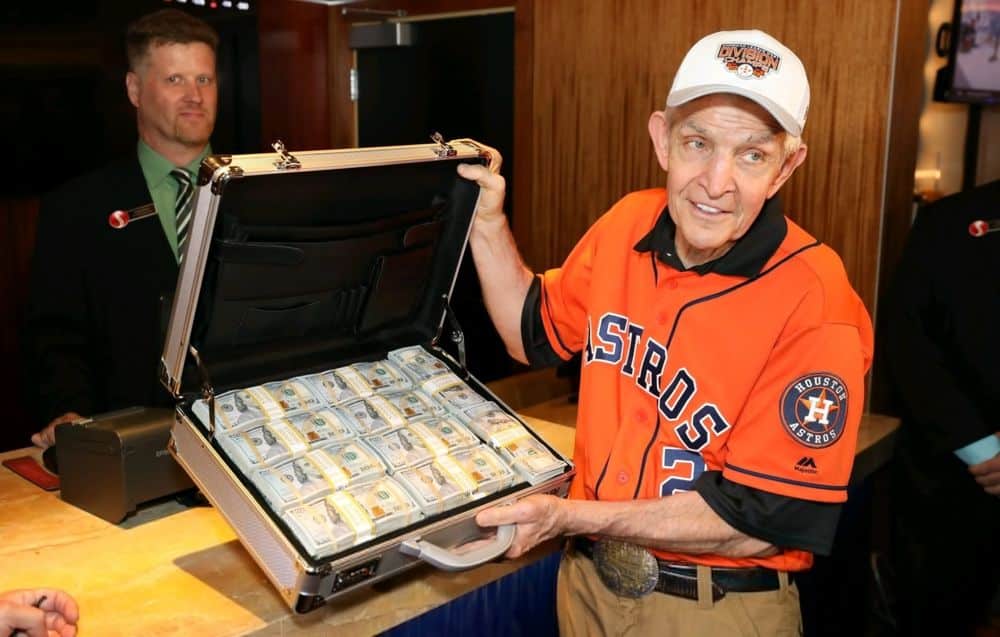 In his interview to FOX 26, he said that most of the money will be paid to his furniture store customers who participated in the promo last year. He promised to pay back money to customers who bought specific mattresses costing $3,000+ if the Astros were to win the World Series.

Celebrating his historical win, “Mattress Mack” posted a photo of him holding a suitcase full of cash. McIngvale is well known for his massive wins and similarly massive losses. This latest win, however, is reportedly the largest in the history of sports betting.