The juiciest part of every slot is definitely the bonus round. The traditional way of activating bonus rounds is to wait for a certain combination to land on the reels. But today an increasing number of games offer you a shortcut. Here’s an amazing collection of bonus buy pokies that you can test for free.

As slot fans get spoiled for choice, they want to get thrilled by crazy features and want them fast. For them waiting is a challenge that can be discouraging, and having a shortcut seems like a great alternative.

The introduction of the option is a major milestone in the evolution of the slot that has changed the whole landscape of the vertical. Today a large share of releases offers to buy bonuses. Players enjoy this opportunity and developers are happy to satisfy the demand for these types of slots. 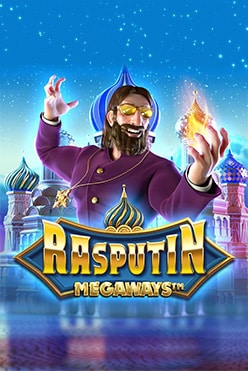 These are pokies that in addition to paying for a regular spin, offer to pay for feature activation. The price starts at about 50x bet and can go all the way up to 2,000x bet. The more you pay the higher potential you get. Usually, players get a pack of free spins. There can be some extra features such as multipliers, expanding wilds, or other modifiers.

When the feature is bought, the theoretical RTP can be slightly higher compared to when it lands randomly. Many bonus buy video slots give players multiple bonus choices. Depending on the choice made, there will be a different set of features and a different volatility level. Safer options ensure more wins will land, whereas riskier rounds have features that can award some massive payouts.

The author of this ingenious solution is BTG, which has a lot of innovative slot solutions behind its belt. At the time of release, their White Rabbit was a major breakthrough. The slot is still greatly popular and remains a benchmark. Despite many titles flooding the market, this first feature buy variant remains convincing and hasn’t changed much. The feature was further developed and twisted in later releases to offer a more exciting experience.

Many developers integrate feature buy into their pokies and add some modifications to this option. The simplest option is when players get just one bonus round. But there are other titles with more choices given to players.

How Much to Pay?

Most of the time buying the feature isn’t that expensive and it usually costs somewhere between 50x and 100x bet. It correlates positively with the win potential. At the time of writing the most expensive bonus round is in Nolimit City’s San Quentin. The slot offers three bonuses that will cost you 100x, 400x, and 2,000x. The latter option is packed with features so that hardly any spin will be a losing one.

To stop pokie fans from spending too much at a time, the studio limited max bet to 4 EUR in case of 2,000x bonus. While 24 EUR and 32 EUR are the limits for 400x and 100x bonus games, correspondingly. The benefit of choosing the most expensive version is that RTP increases from 96.26% to 96.95%.

Those who love feature-packed, expensive bonus games, should check out Nolimit City’s collection of feature buy video slots. This developer loves charging crazy amounts of money but delivers an exciting experience for the money. San Quentin is their record-breaker in terms of bonus price, but there are more titles with expensive bonuses, such as Deadwood, Bushido Ways, Mental and more.

Check out our beautiful selection of feature buy pokies. If you are interested in the best titles of this kind, we have the Most Popular collection that includes the latest releases along with the slots that have passed the test of time. Right here we’ll list some titles that deserve special mention. 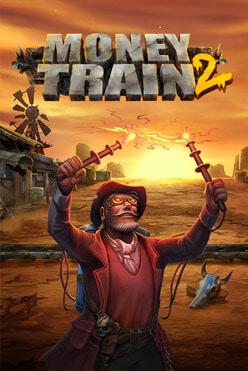 Should I Play Bonus Buy Pokies?

The feature has influenced kiwi player behavior and encouraged taking more risks. For some it’s an appealing solution that made gambling much more exciting. But there’s a darker side of this innovation. One of the major issues is that buying bonus games can make kiwis spend so much more than they generally spend on gambling.

Within a short period, they can buy multiple bonus rounds and go broke quite fast. This can worsen the situation with problem gambling. This is the reason some jurisdictions like the UK, have banned this feature. And this probably explains why Big Time Gaming, the author of the first feature buy slot, stopped using this option.

So, should you play these games? As long as you play responsibly, that’s fine. If you can control your behavior and keep gambling within the limits, you will find these types of games a lot of fun, because some of them are amazing online slots. But if you find it hard to control your impulses, it’s better to stay away from them.