Check out the game metrics to see if that’s the greatest choice for you. Buffalo Stack ‘n’ Sync offers 96.36% theoretical return, High risk level and x10000 win potential, max win. With a quite balanced math model and the possibility of the considerable swings, the game is always engaging. Overall, it delivers enjoyable gaming experience.

Buffalo Stack ‘n’ Sync caters to those who love gameplay that has both conventional and innovative elements to it. If no bonus gets triggered, the base game is still interesting but once wilds, scatters or other special symbols or features land on the reels, it gets to the whole new level.

The great buffalo, soaring eagles and grass swaying in the wind. These are the iconic themes of the Great Plains of North America, the essence of which is captured in this re-imagining of the classic Vegas slot. Buffalo Stack’n’Sync™ is a 5×4 grid slot with two awesome bonus games and a max win of up to 10,000x.

Land Stack’n’Sync™ symbols to stack any paying symbol on the reels. A stack of 60 symbols fills the whole reel! Fill an entire reel with the same symbol and sync all reels for massive wins! 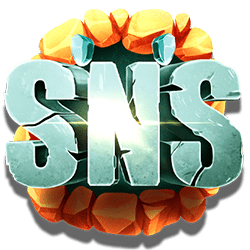 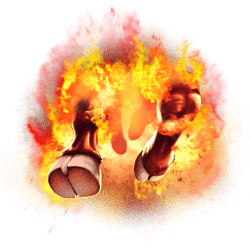 Bonus game with 10 free spins. This feature offers better odds of landing the Stack’n’Sync™ symbol. In this bonus the high-paying animal symbols are more likely to stack than in the base game. This increases the chances of triggering a large stack of buffalo symbols and getting the biggest wins! 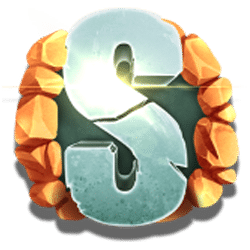 These symbols are non-paying: 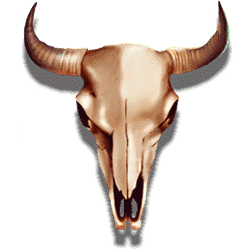 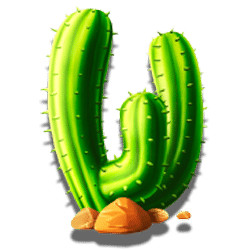 The symbol payouts displayed above reflect the currently selected bet level. The theoretical payout for this game is 96.36%. The RTP was calculated by simulating 10,000,000,000 rounds. 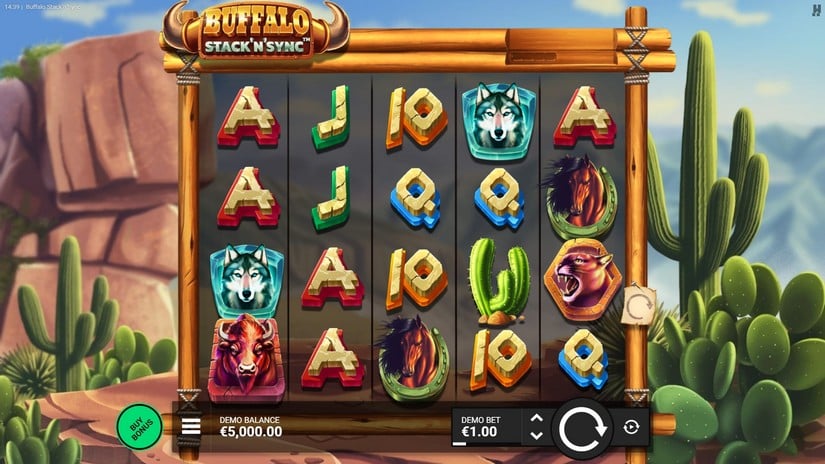 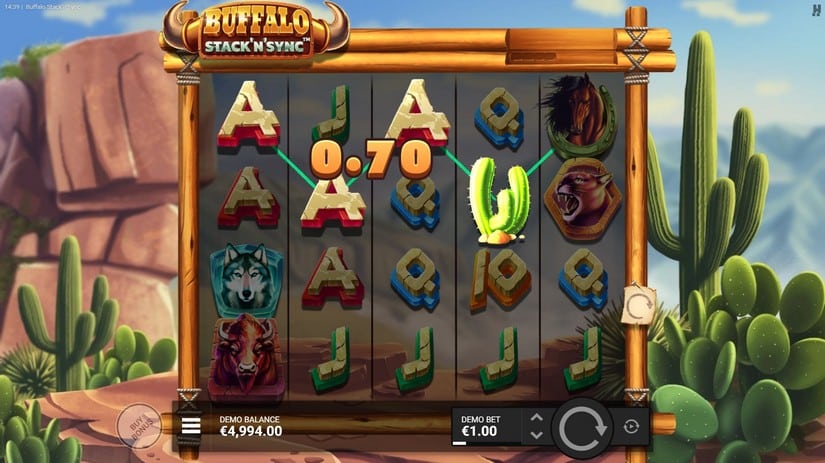 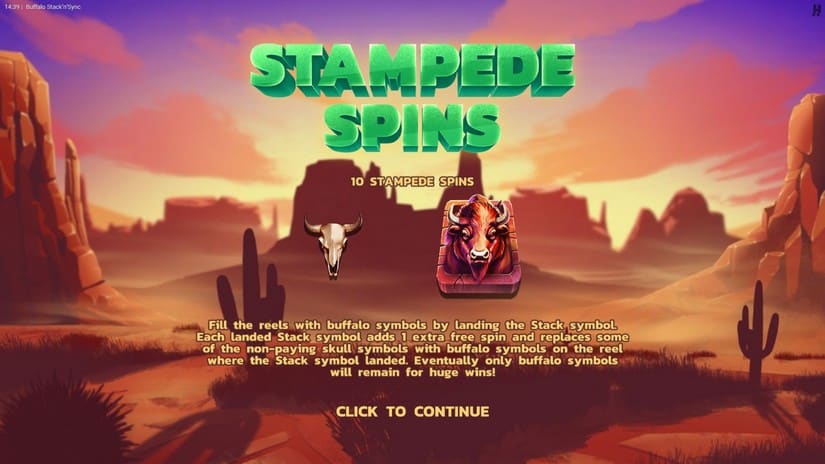 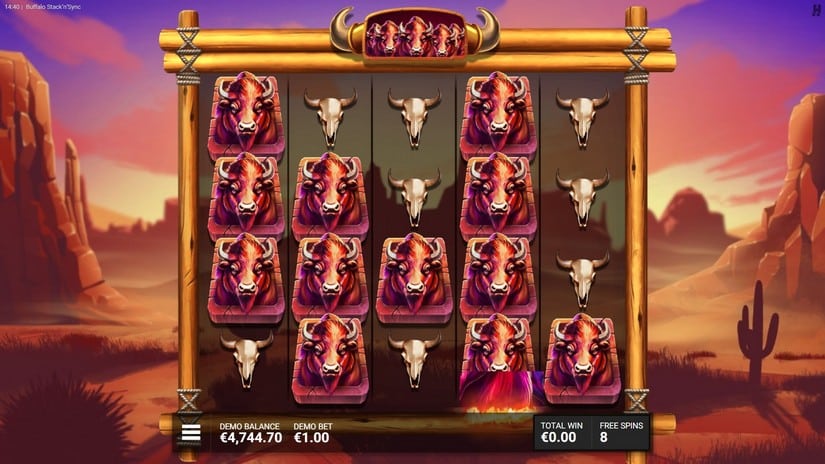 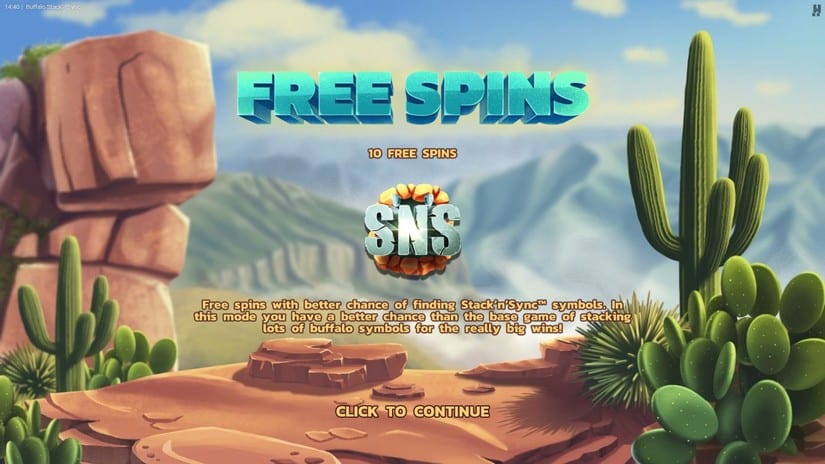 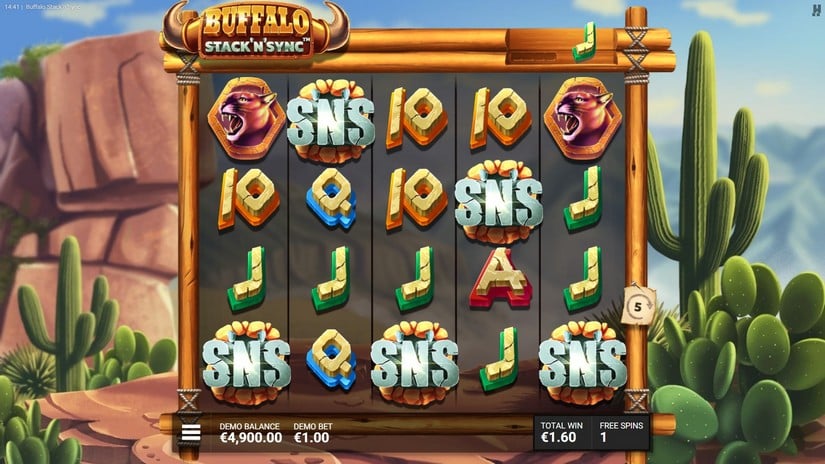 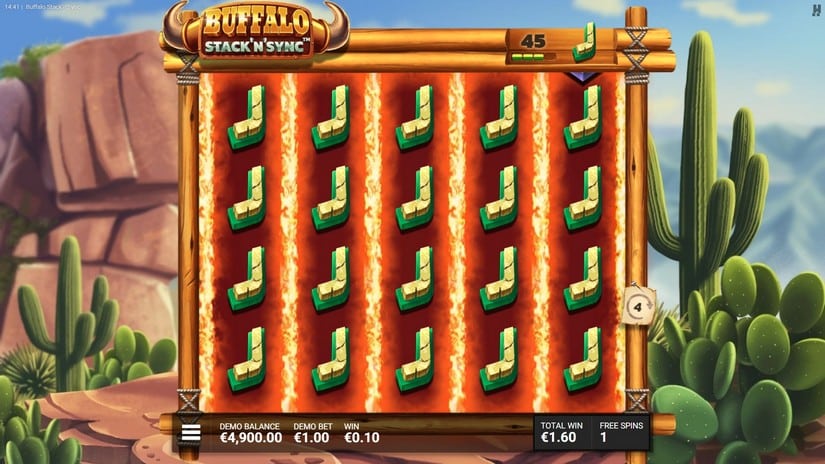 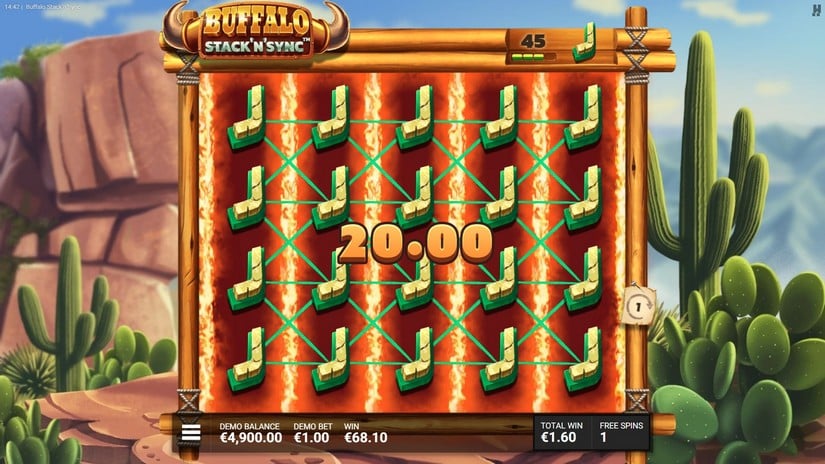 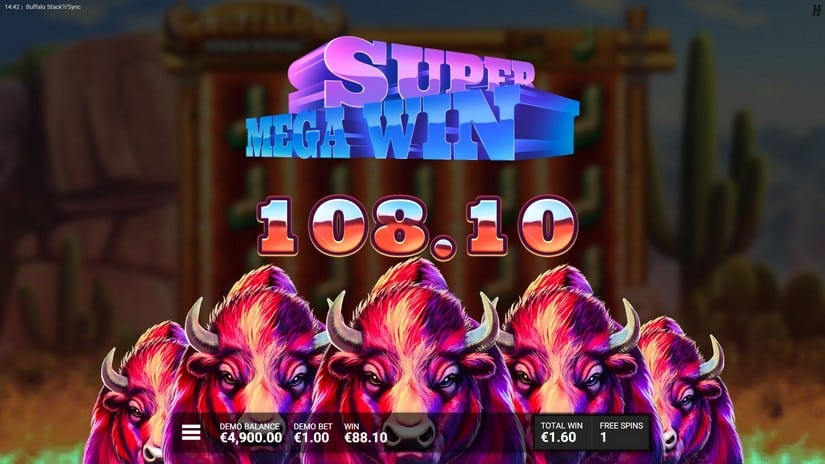