Druids’ Dream is the title developed by well known studio NetEnt. Released on 23.03.2020 it became popular among gamblers for its thrilling engine and amazing artwork. This review describes all of its main characteristics that along with free test mode available on our site give a complete idea of experience you’ll be getting.

Get ready to dive into Celtic mythology when playing the Druids’ Dream slot from the NetEnt developers. You will find yourself in the enchanted forest and meet the ancient druids who help you get the winnings.

The gameplay of the Druids’ Dream slot takes place on a playing field 5×4 with 40 paylines to form your winnings. Winning combinations are formed when at least three matching symbols land on the same line. The advantage is that winnings in the Dream of Druids slot can be formed in both directions: from left to right and from right to left.

When you open the paytable, you will see 8 standard symbols, where four gems are low pay, while an orange gem, a drum, an owl and a wolf are high pay. The latter is the most valuable and brings you 5 times your bet for a combination of five of a kind on one line. Also note that all symbols in the slot can appear in stacks.

The Druids’ Dream slot can be played on any compatible device in manual or automatic mode for 0.20 to 400 euros per spin. The maximum winning per spin is x200, provided that the entire playing field is filled with the most valuable symbol; the RTP of the slot is 96%.

Wild (sign) generates the same payouts as the most valuable symbol (x5 your bet for five on the line) and replaces all standard symbols in the slot. The wild can appear as a single symbol on reels 1, 3 and 5, as well as in stacks on reels 2 and 4 in the main game.

When stacks of wild symbols with scatters appear on reels 2 and 4, wild symbols are triggered and respins are activated. You will get 1 respin for each triggered wild symbol; the wild and scatter symbols remain locked in their places during the respins.

If a new stack of wilds lands on reels 2 or 4 without a scatter symbol during the respins, it activates a Nudge feature, which pushes the stack with a wild symbol in order to give you an extra chance of getting a scatter symbol. If the second Scatter symbol has not appeared until the end of the respins, the game returns to normal mode.

Free Spins feature is activated if two scatter symbols simultaneously land above and below the stacks of wilds. Initially, you will get six free spins, as well as one extra spin for each triggered wild. All wild and scatter symbols that appeared when the feature started will also remain locked in place until the end of the round. In addition, if a stack of wilds with a scatter (bear) appears on reel 3, you will get three extra free spins.

In conclusion, it can be said that Druids’ Dream is an interesting Celtic-themed slot from the NetEnt developers, which perfectly fits the collection of the existing games of this company. 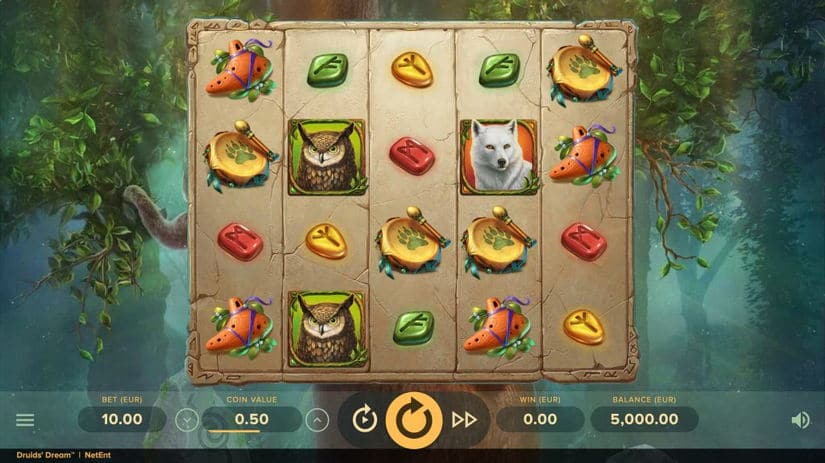 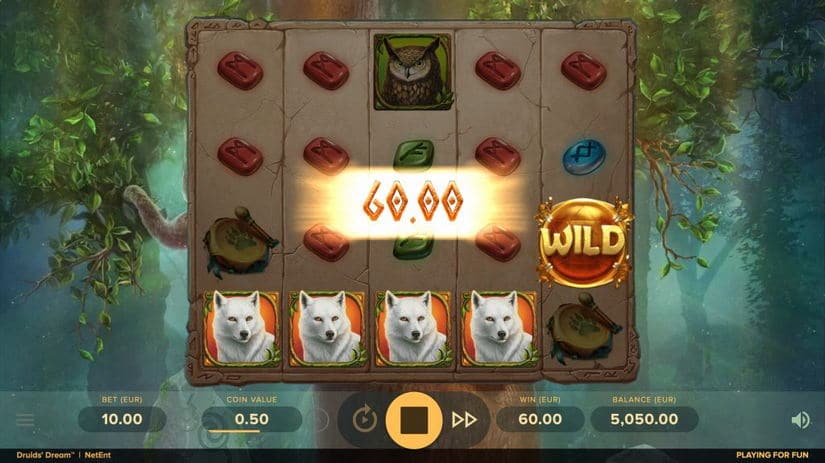 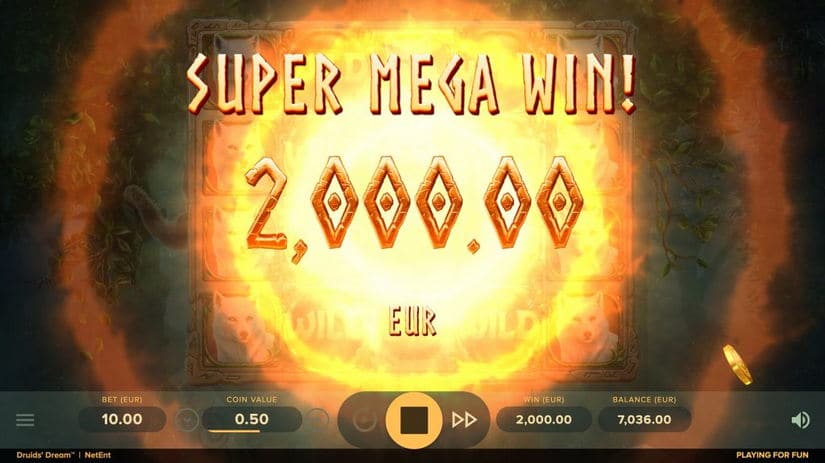 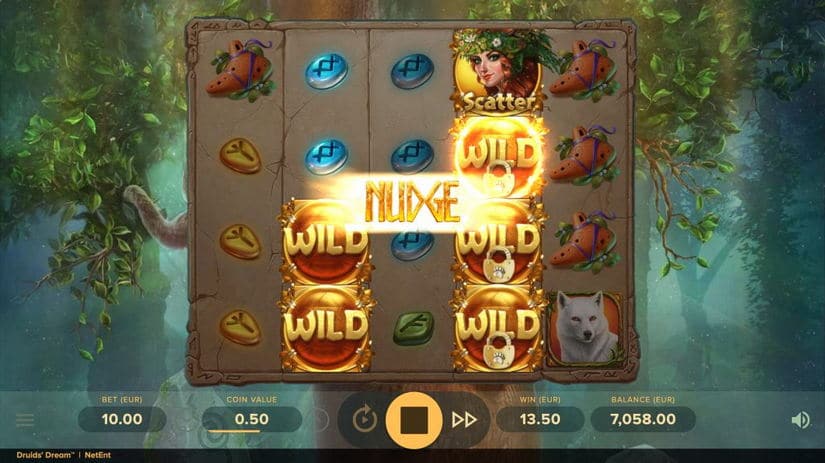 Can I play Druids’ Dream free slot?
Yes, our site is the place to try Druids’ Dream with no registration required. Any gambling site partnering with NetEnt would also offer free access to the test mode.
Can I win real money on Druids’ Dream slot?
Yes, registered account with a casino operator would be the only option to play real money Druids’ Dream and land real winnings.
What is the best place to play Druids’ Dream?
When it comes to demo mode any trusted casino or casino related site such as clashofslots.com would be fine. Once real cash gets involved licensed operator with good reputation and excellent services must be selected. Best option would vary depending on one`s personal requirements.
Can I play Druids’ Dream slot on mobile phone?
Yes, this slot machine is mobile friendly and can be loaded on any device.
How to win playing Druids’ Dream?
This is a certified game that generates random results, and all you need is a good luck. Look through the paytable to find out how and how much you can win.