Check out the slot metrics to see if that’s the best choice for you. Pirate Gold Deluxe offers 96.48% theoretical return, High volatility and x15000 win potential, max win. With a quite balanced math model and the possibility of the considerable swings, the game is always thrilling. Overall, it provides enjoyable gaming experience.

Pirate Gold Deluxe caters to those who appreciate gameplay that has both traditional and unique elements to it. If no feature gets triggered, the base game is still interesting but once wilds, scatters or other special symbols or features appear on the reels, it gets to the whole new level.

Playing the Pirate Gold Deluxe slot, you have to go on a journey across the open sea to search for hidden treasures. Actually, these two slots are very similar, but they still have considerable differences. Let’s figure it out.

Like in the first version, the main actions of the Pirate Gold Deluxe slot take place on five reels and 40 paylines. Winning combinations are formed by appearing of two or more matching high value symbols, or 3 or more low value symbols on one payline, starting from the leftmost reel.

Pirate Gold Deluxe can be played on all devices from $0.20 to $100 per spin in a manual or automatic mode. You can start fast spins. The RTP of Pirate Gold Deluxe is 96.48%, the volatility is high, and the maximum winnings are 15 000x of your total bet.

The Lucky Treasure Bag feature is actually the only feature you will come across while playing the Pirate Gold Deluxe slot. There are two ways to activate it:

It doesn’t matter which way you choose to activate the Lucky Treasure Bag feature, you will get three respins. During these respins, the symbols that started the feature will remain in their cells, and other bags or chests will appear in the remaining cells. Every time a new bag or chest appears, the number of respins resumes to 3.

All in all, Pirate Gold Deluxe is a decent pirate-themed slot with high-quality graphics, respins, and jackpots. 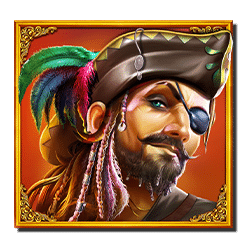 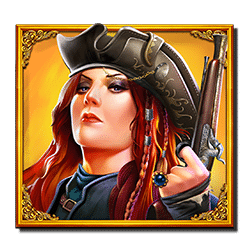 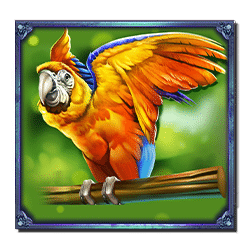 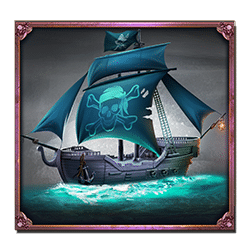 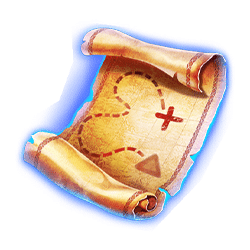 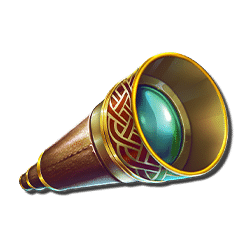 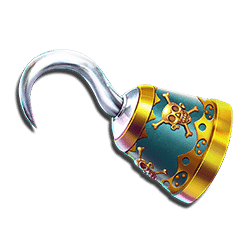 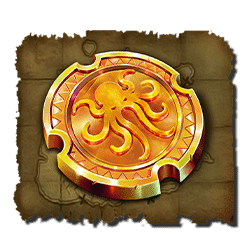 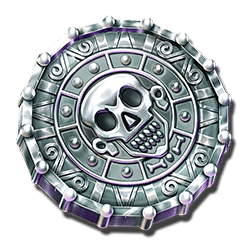 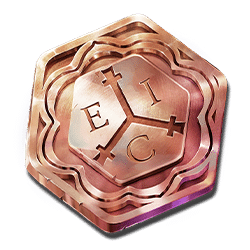 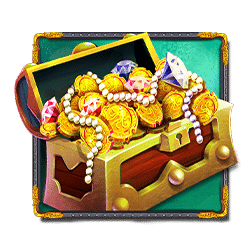 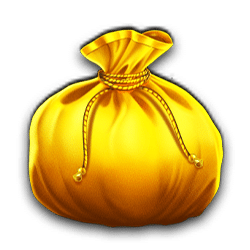 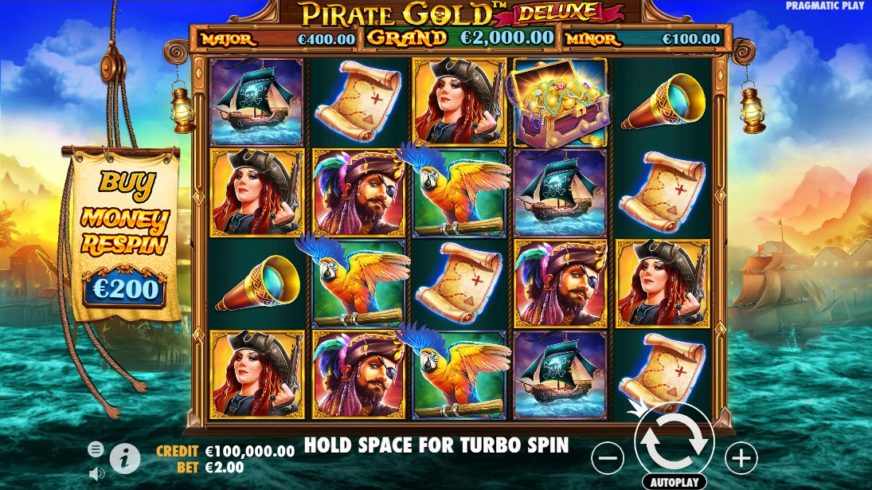 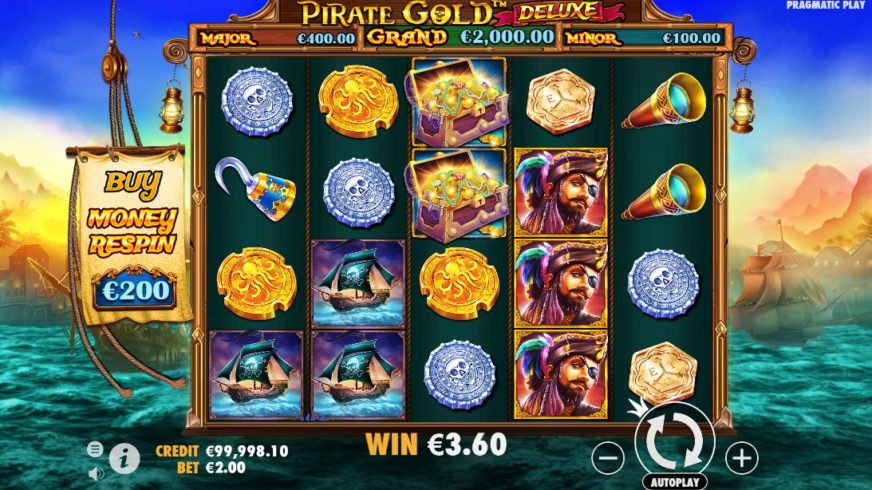 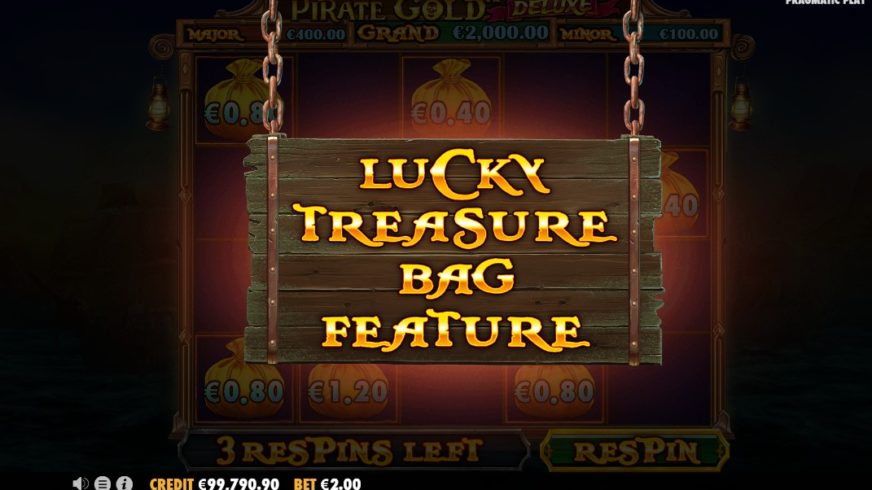 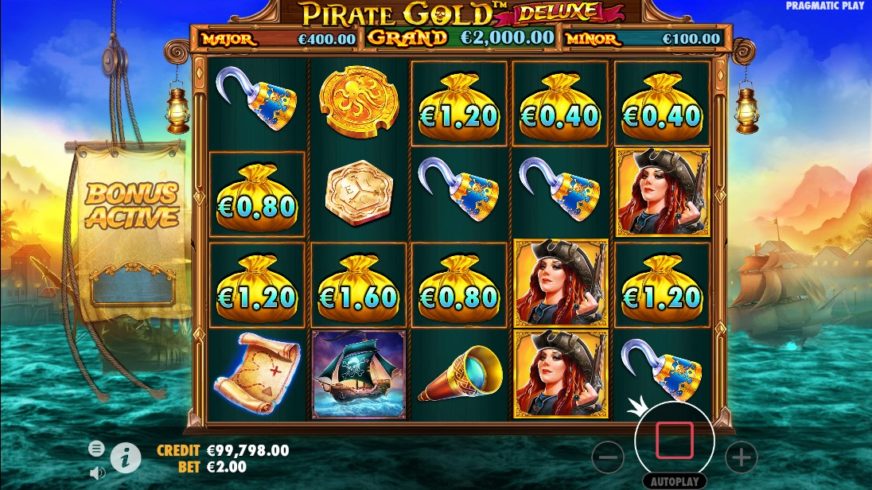 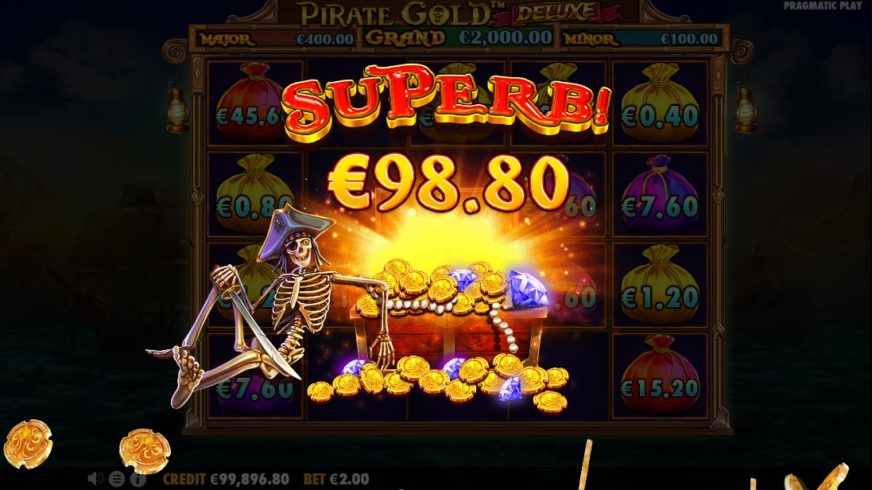