Eastern Emeralds is the game developed by recognized studio Quickspin. Released on 29.06.2018 it became popular among players for its immersive engine and amazing artwork. This review explains all of its main characteristics that along with free demo mode available on Clash of Slots give a good idea of experience you’ll be getting.

The slot has five reels and 20 paylines. During the game, you will move to the amazing world of the Asian desert, decorated in the style of anime graphics. The main feature of the slot is the wild multiplayer that when a certain wild symbol appears will multiply the winning combination several times. The second feature is the Destiny Bonus game. When it is activated, you will be able to choose one of four bonus game options. The most risky choice can bring up to 2667x of the original bet.

The design of the Eastern Emeralds slot looks just great. Visually, the game screen is located against the mountain peaks of a wonderful oasis. On the game reels you will see symbols inherent in the Asian theme. Golden Dragon, Fish, Gold Bars, Coins, and Turtle are the top value symbols, and will bring up to 7.5x of the original bet. Cheaper symbols are standard A, K, Q, J, and 10 playing cards. The scatter symbol looks like a red phoenix with the relevant bonus inscription. Three symbols activate the Destiny bonus feature.

When playing the Eastern Emeralds slot for free, pay attention to the special wild symbol that can have an additional multiplier of the winning combination. The wild symbol appearing on the second, third, fourth, and fifth game reels will have a 2x, 3x, 4x, and 5x multiplier, respectively.

The “destiny bonus” game is activated in case of three bonus symbols appearing on the second, third, and fourth game reels. Then, you need to choose one of the offered bonus game modes with its own unique multiplier and the number of free spins. The combinations are as follows:

Please note that each of the selected options has its own advantage. The riskiest option with six free spins can bring a huge 2667x multiplier for every free spin. 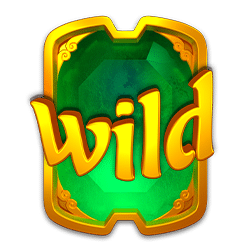 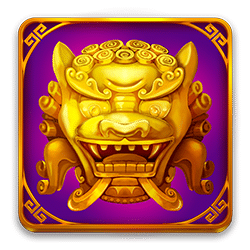 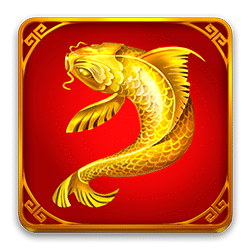 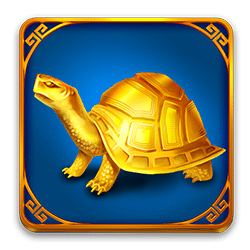 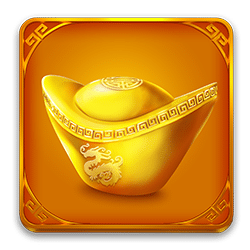 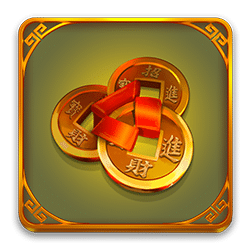 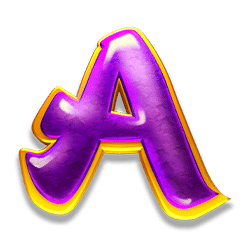 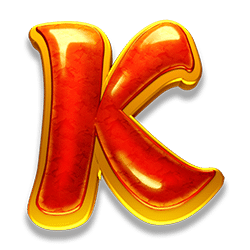 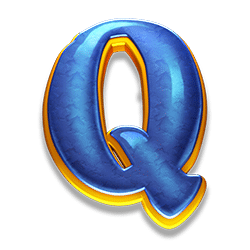 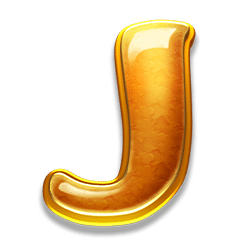 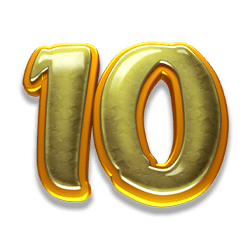 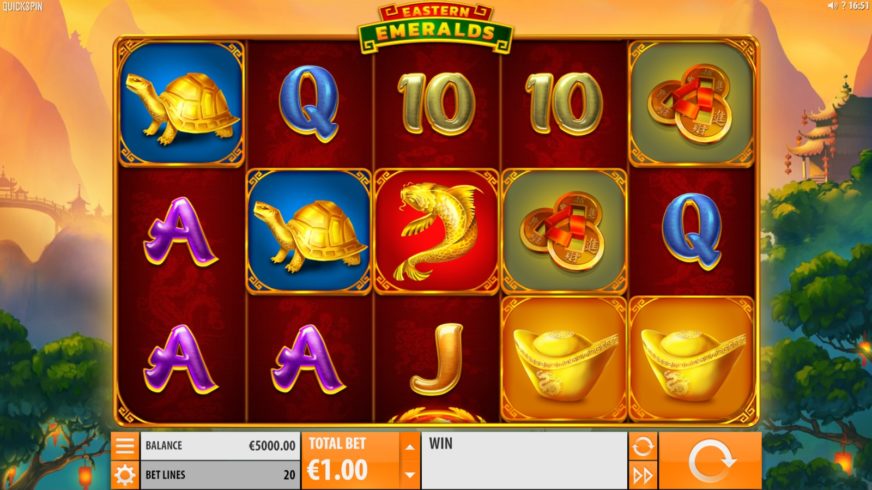 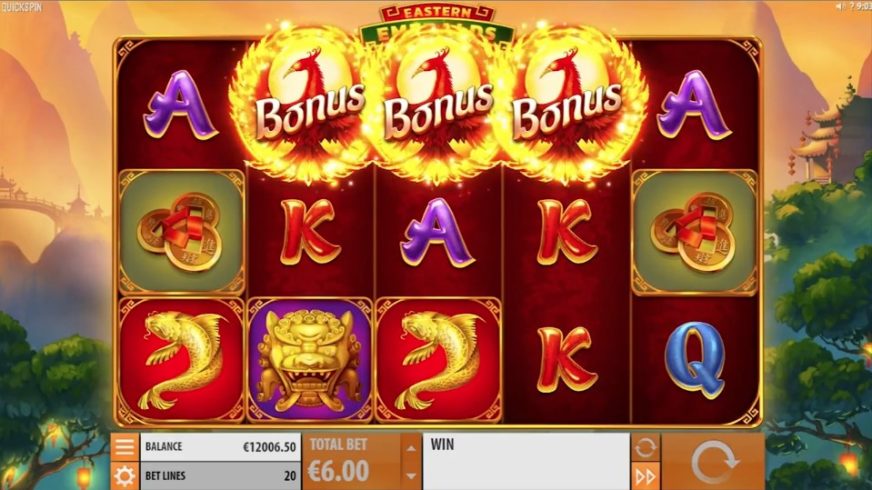