Dragons are among the most exciting creatures. They can be depicted as cute and cuddly as well as fierce and deadly. If you are a fan of these mystical beasts, check out this collection of dragon themed slots. We’ve put together an exciting selection of games that are available for free and without registration. There are dozens of casino slots on this page, including some iconic titles.

We continuously update the collection because this theme is often used in new games. Although all titles feature the same creature, they have different math models and different entertainment values. You’ll have to spend some time to find the one that’s perfect for you since there are just so many options. To make the search easier, use our filters, sorting options, and categories.

This mythical creature is a popular choice for many developers, and some of them even have successful dragon slot series. Many developers have at least one of such titles in their portfolios, but certain studios are more drawn to this theme than others. Red Tiger Gaming, for instance, has rolled out many dragon slots, some of which becoming very successful. If you have your favorite developer, you can choose it in our filters.

Because the theme is so popular, players will be overwhelmed by the number of choices. Dragons leave plenty of room for artistic freedom both in terms of artwork style, stories, and gameplay. You can often see dragons inside their caves guarding their incredible wealth, and these fire-breathing beasts can share some of their riches with lucky players.

There are also iconic dragon themed slots that helped shape the online slots industry. Dragon Born by Big Time Gaming is one of them. This game introduced the Megaways engine, which was the major innovation at that time. Today the engine has become incredibly popular and it’s hard to imagine the slots vertical without it. Dragon Born and other dragon themed slots using the Megaways mechanics can be found in one of our collections on this page. You can also switch to other interesting collections such as the Most Popular, Jackpots, and Bonus Buy. They are great for those who aren’t looking for particular titles and just want to explore slots that feature dragons.

Where to Play Dragon Themed Slots

Finding a gambling site to play dragon slots won’t be an issue. Plenty of these games are available in any legitimate casino. But in addition to having a license, operators should be trusted, and to choose the one you can use our casino rating. It’ll guide you through the overwhelmingly large number of choices and help find the most suitable for you.

To play for free, this page would also be a great option. We have dozens of games that all feature the same main character but vary in shapes and forms. You’ll get different gambling experiences playing different games.

The influence of this slot can’t be underestimated, and not just because it’s the first Megaways game but also because it’s a wonderful slot. It’s a classic Megaways slot that doesn’t have too many other features to distract from this beautiful engine. There are no cascading wins or an extra horizontal reel. But you still have some boosters to spice up the gameplay. Wilds, for instance, can come stacked and award up to x7 multipliers.

During free spins, reels expand to their maximum and significantly increase the win potential. To enter this bonus round players need at least three scatters, but to get an extra spin, one scatter is enough. And what’s even more exciting is that there can be an unlimited number of free spins. 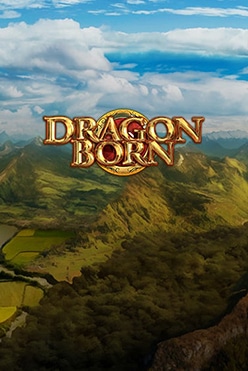 This is another uncomplicated, yet engaging dragon themed video slot. It doesn’t have historical value like the above-mentioned Dragon Born, but it also passed the test of time. The game doesn’t offer free spins or other bonus games, meaning you can expect a much more exciting base game. Mega Coins, which are 3×3 mystery symbols, reveal random symbols and award guaranteed wins because combinations pay left to right and right to left as well as in the middle. Dragon’s Luck has been developed by Red Tiger Gaming. 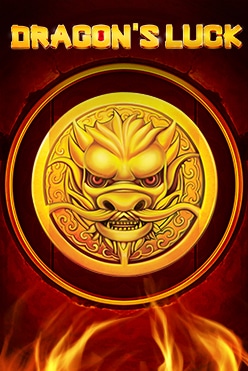 Nolimit City has its take on dragon online slots. Dragon Tribe features two of the studio’s popular modifiers, which are xNudge and xWays. The first one is about wilds that drop to the bottom position of the reel and award a growing multiplier on their way down. The booster, xWays, is a special symbol that awards up to three similar random symbols. The slot offers two bonus games, one that activates only xNudge Wilds, and the other with both features. The entry to the bonus round can be won randomly or you can pay 80x bet to buy it. This is one of the most entertaining titles in this collection as it offers plenty of features and an opportunity to test these features at any time by buying a bonus round.

Red Tiger has another successful title in this collection, Dragon’s Fire Infinireels. The game features a thrilling Infinireels engine that adds one extra reel to the right side of the reel set every time players hit a win. This can go infinitely, and after a non-winning spin, the layout resets to its original 3×3. There are random multipliers, free spins, and random wilds. 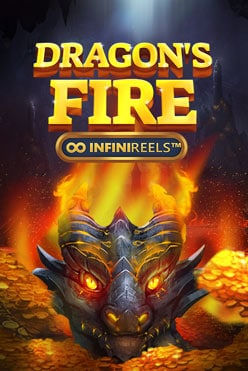