Wild Tome of the Woods is the game developed by well known studio Quickspin. Released on 10.09.2019 it became an instant success among gamblers for its thrilling engine and fantastic artwork. This review explains all of its main characteristics that along with free test mode available on clashofslots.com give a great idea of experience you’ll be getting.

Quickspin often uses various plots from fairy tales, legends, and folklore when creating its slots. This time, the Quickspin developers presented the Wild Tome of the Wood slot with a fairy tale theme and fictional characters, based on the myths and legends of the peoples of Europe.

The design of Wild Tome of the Wood slot is made in a fairy tale style. When playing the Wild Tome of the Wood slot on our website, you will find yourself in the Whittlewood forest, which became the background for the playing field. By the way, Whittlewood forest actually exists in England and used to be a medieval hunting ground. This is where Tom the wizard lives, but his friends call him Middy (short for the Greek god Midas).

Tom had a crazy idea to learn how to turn things into gold, but he failed, and his book began to turn everything around into gold instead. As for the technical part, Wild Tome of the Wood has 6 reels, 4 rows and 26 lines to generate winnings. A set of symbols will help you with this, consisting of bottles with green, yellow, and red elixir, as well as Tom’s friends: Crikey the frog, Sylvester the fox, and Eleanor the owl. The owl is the highest paying symbol, and a combination of six will win you 16 times your bet. A wild symbol is a corresponding wording on a gold background used to replace other images in the game. A book is another wild symbol that triggers the bonus features implemented in the slot.

Bonus Features of the Wild Tome of the Wood Slot

You’ve probably noticed that there are no scatter or bonus symbols in the Wild Tome of the Wood slot. This means no free spins or other bonus rounds. But don’t be upset – you have a chance to earn good prizes thanks to the two features that are triggered by the book.

As you already understood, the most important symbol to pay attention to is the image of the Red Book, which serves as an additional wild symbol. The Wild Tome feature is triggered when one or several books appear on the playing field. After that, the book will open to show one randomly selected symbol. After that, you will see how the symbol selected by the book will turn all identical symbols on the playing field into wilds.

If you get lucky, there is a chance that one of the wild symbols will turn into another book, in which case you will see a repetition of the previously mentioned feature. This feature can continue until the entire screen is filled with wild symbols. If this happens, a feature called All Wilds Win will be triggered, which will double the value of the wilds and win you 1000 times your bet.

In conclusion, it can be said that Quickspin has once again managed to create an interesting and high-quality game. This is exactly what the Wild Tome of the Wood slot has become – when playing it, you will go to the Whittlewood forest and perhaps find valuable prizes.

Wild Tome of the Woods Symbols and Paytable 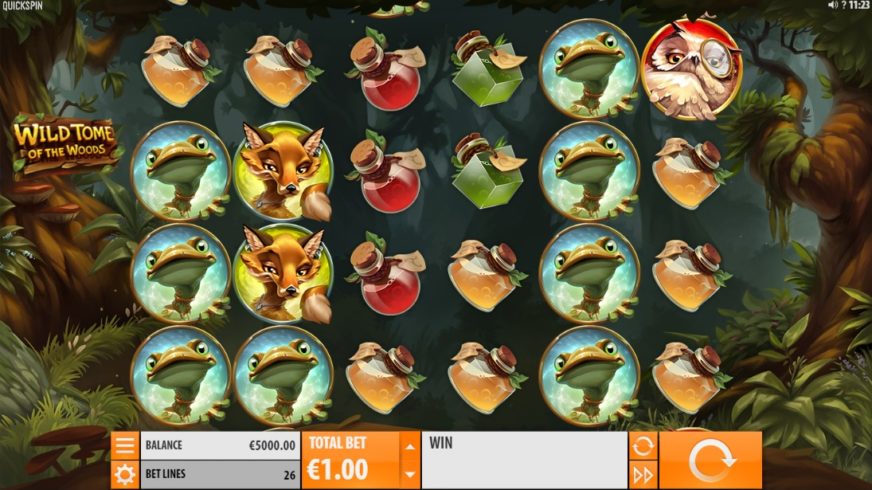 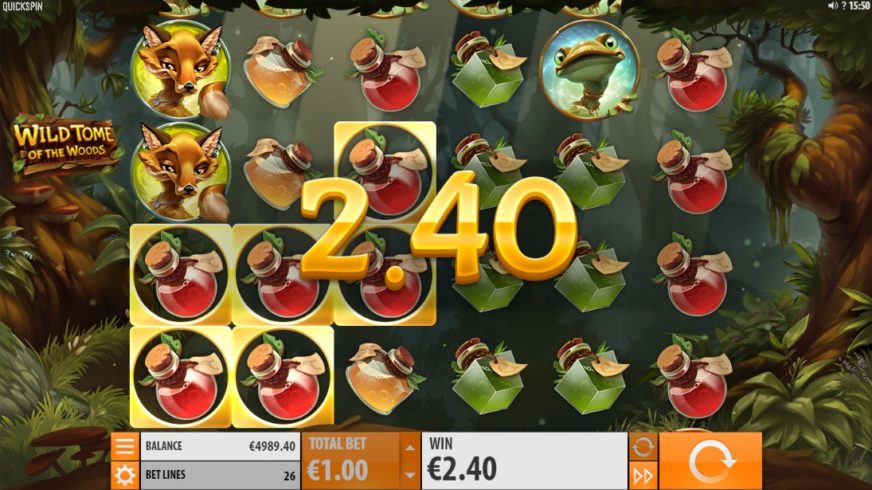 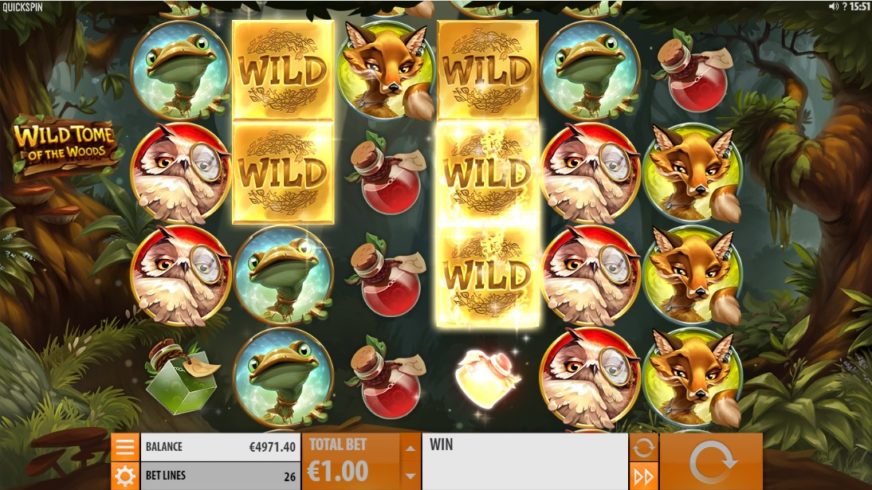 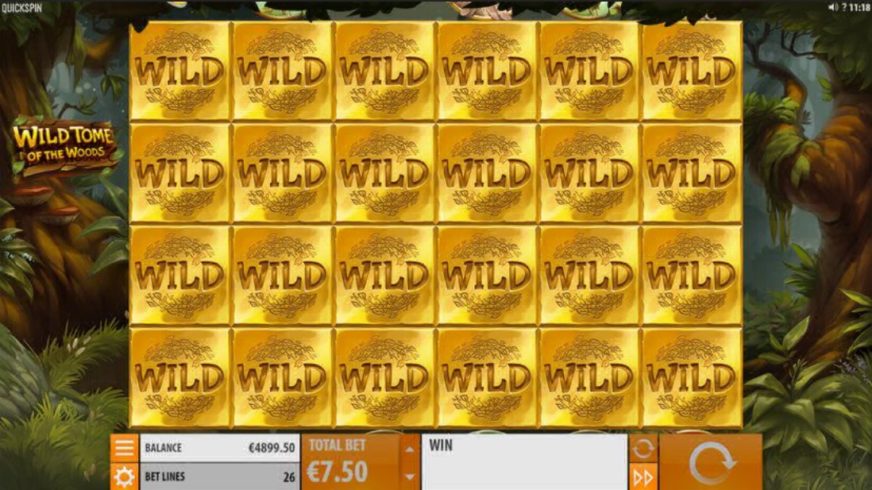 Wild Tome of the Woods Reviews by Players