Beat the Beast Cerberus’ Inferno is the game developed by renowned studio Thunderkick. Released on 07.06.2020 it became popular among players for its thrilling engine and high-quality artwork. This review describes all of its key characteristics that along with free test mode available on clashofslots.com give a complete idea of experience you’ll be getting.

The predecessors of the Cerberus’ Inferno slot were Kraken’s Lair with a kraken in the main role and Mighty Sphinx with a sphinx as the main character. Beat the Beast: Cerberus’ Inferno will take you to hell to meet Cerberus, the gatekeeper of hell – the dog with three heads that is not easy to defeat. If you manage to do it, you can win prizes that are 6666 times higher than your bet.

The Beat the Beast: Cerberus’ Inferno slot has five reels and nine lines in the base game. This number increases up to 243 during the free spins feature. In order to earn a winning, you need to catch three cheap symbols (card suits) or two expensive ones (all except for the wild). The most valuable symbol is Cerberus that brings you 150 times of your bet for a five-piece combination.

Bonus Features of the Beat the Beast: Cerberus’ Inferno Slot

The Stacked Wilds is associated with the wild symbol (letter W). This symbol always appears on the playing field, completely covering the reel where it appears. This increases your chances to generate more profitable winning combinations.

The Bonus Game feature is activated when there are three, four, or five scatter symbols on the playing field. As a result, you will get a payout that is 2, 20, or 200 times higher than your bet, as well as the right to participate in 10 free spins. During the free spins, winnings will be generated in 243 ways. This means that to form a winning combination, you can get three or more symbols of the same type on adjacent reels, starting from the very first one. As a result of the increased number of ways to generate winnings, the maximum payout for a free spin can be 6666 times higher than your bet.

You will also have the opportunity to reactivate the free spins feature. This happens if at least three more gold emblems appear on the playing field during the free spins. If this happens, you will get 10 more free spins.

Summing it up, I would like to say that Cerberus’ Inferno is another cool slot in the Beat the Beast series from Thunderkick. Playing it, you have to fight with the three-headed guardian of hell, and if you are lucky, you are sure to win. 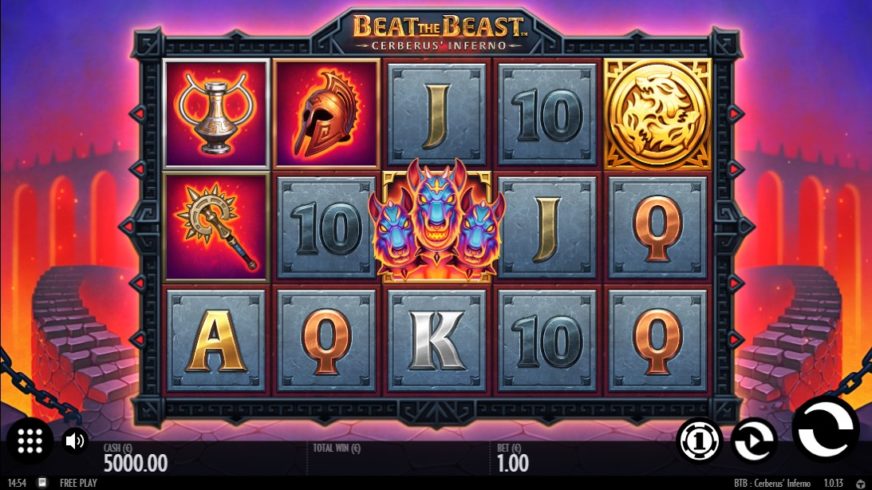 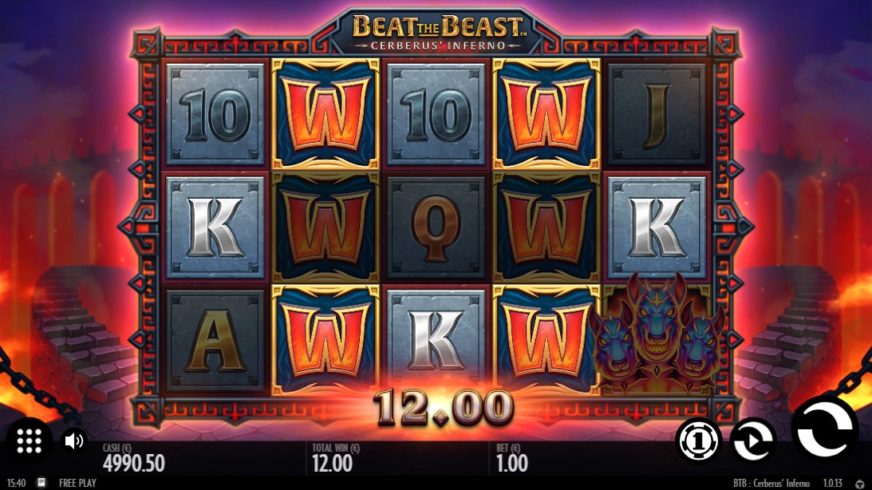 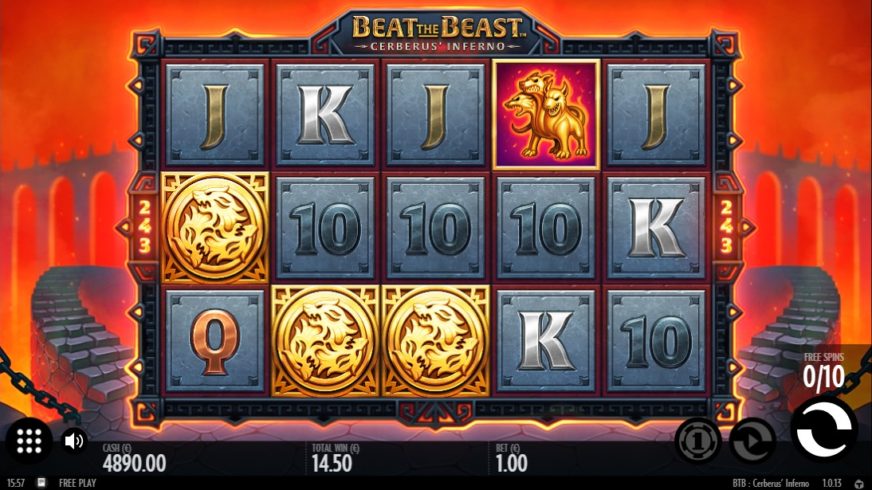 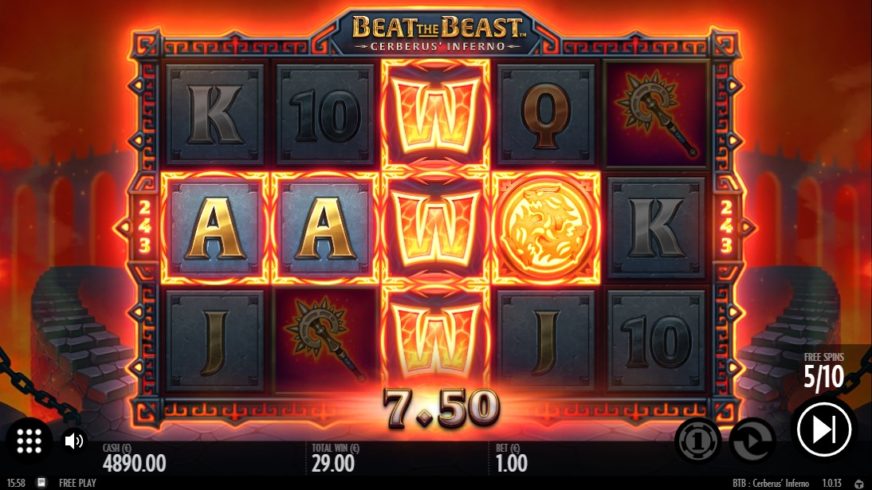