Gods of Rock is the game developed by recognized studio Thunderkick. Released on 29.09.2021 it became an instant success among players for its immersive engine and high-quality artwork. This review explains all of its main characteristics that along with free test mode available on our site give a good idea of experience you’ll be getting.

Playing Gods of Rock slot, you will benefit from cascading reels, thanks to which the symbols participating in the winnings are removed from the playing field, making room for new ones. Also, the Gods of Rock slot provides a wild symbol, multipliers and free spins.

Gods of Rock! is a video slot with 6 reels and 466 connecting pay ways. 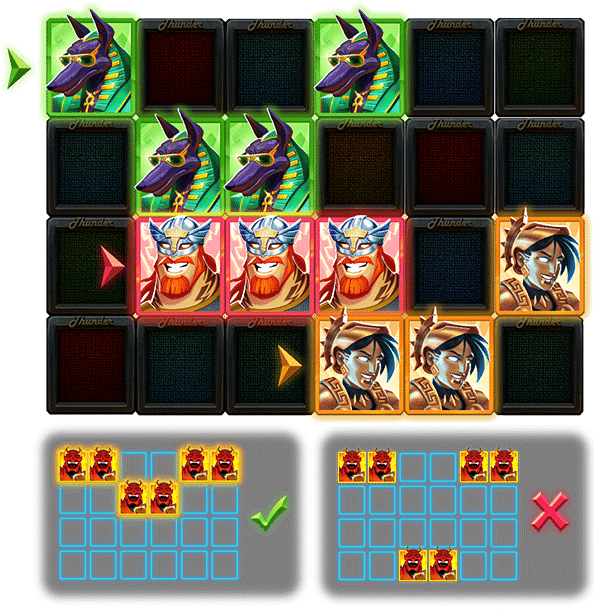 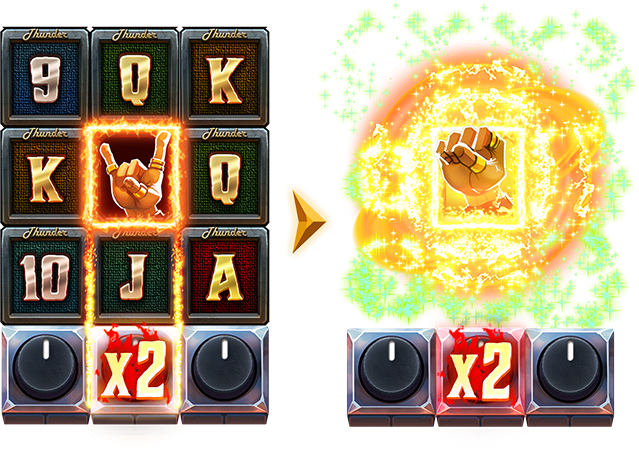 For each Charged Wild symbol landing on a reel, the corresponding reel multiplier increases one level. Any pay way win containing a symbol included in a reel with a multiplier will be multiplied by the current multiplier. Multipliers on several reels are multiplied by each other. 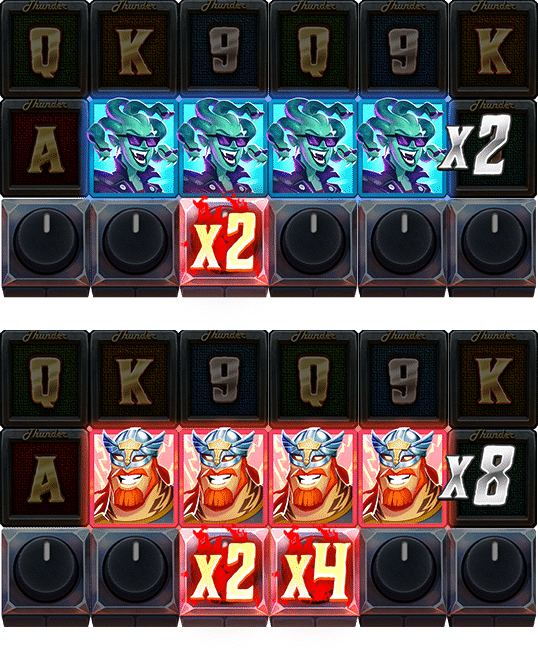 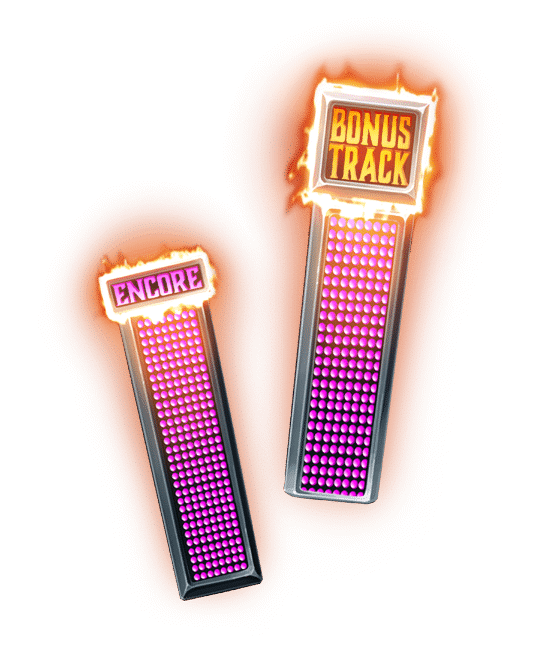 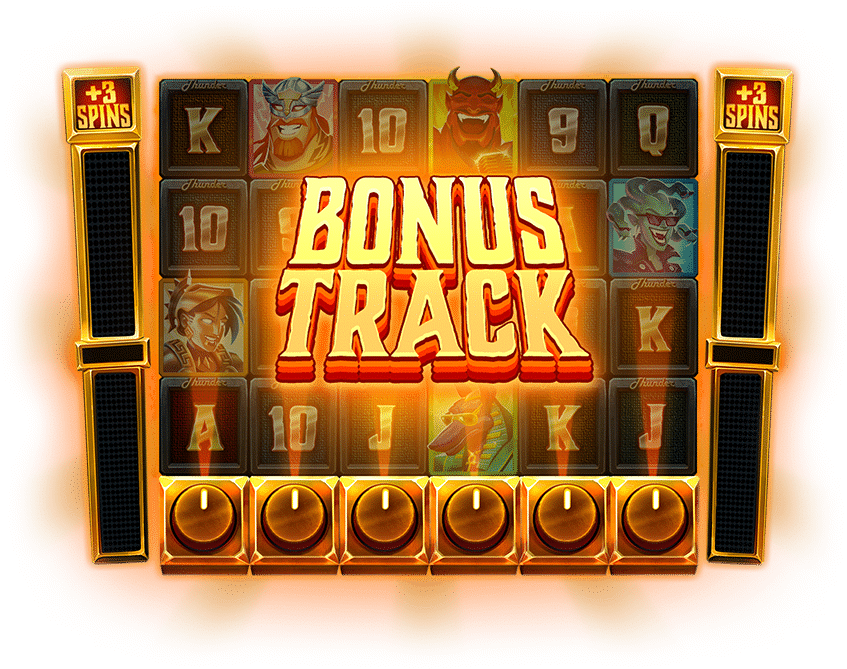 1-3 Charged Wild symbols will be randomly placed on the reels. 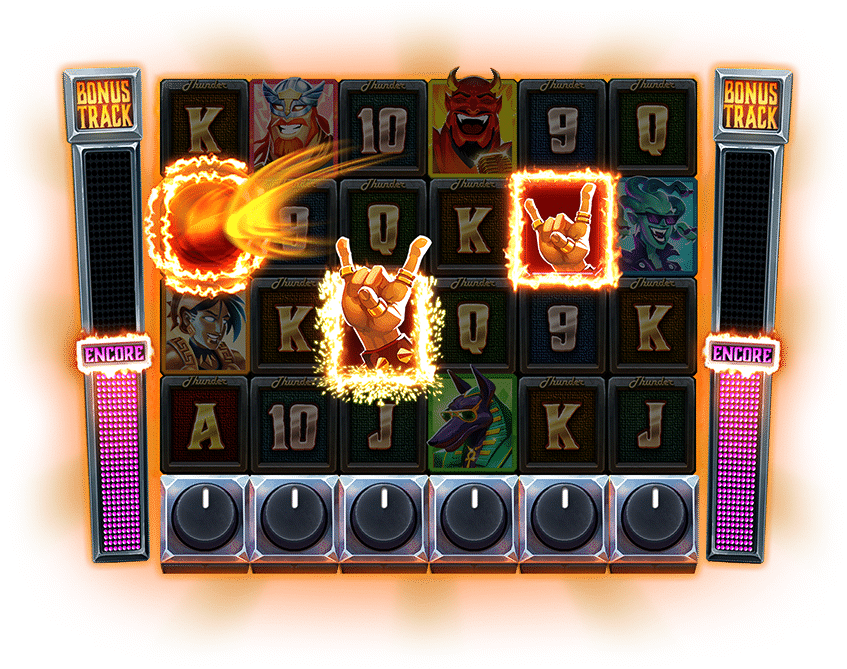 Gods of Rock Symbols and Paytable 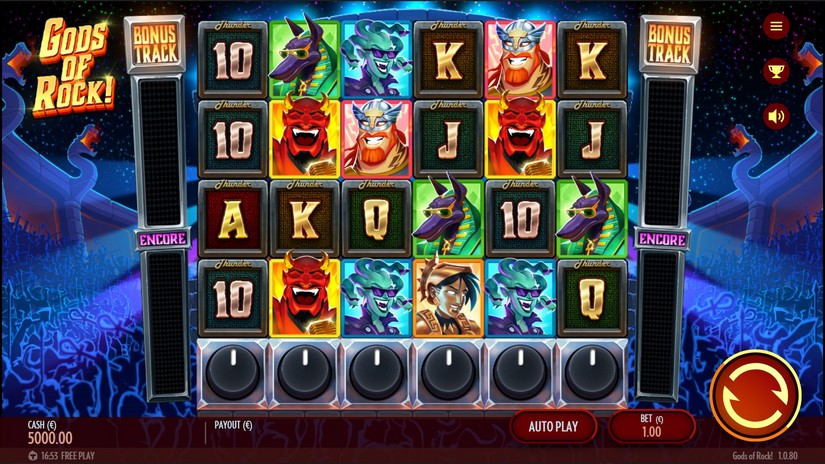 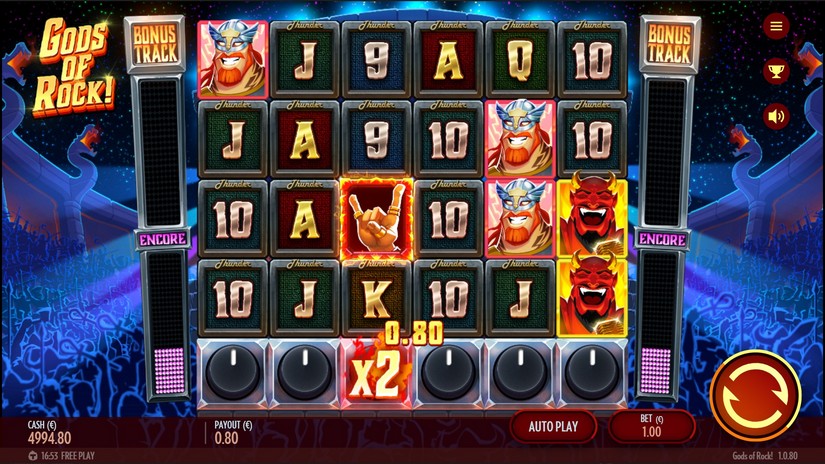 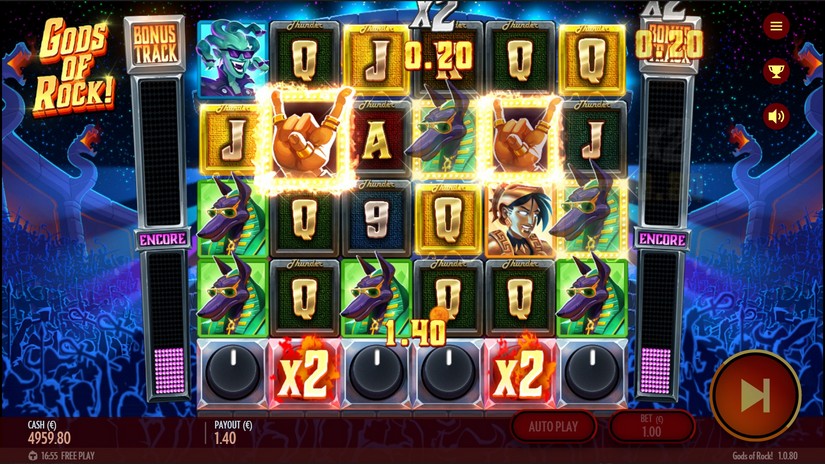 Can I play Gods of Rock for free?
Yes, our site is the place to play demo Gods of Rock with no sign up required. Any gambling site partnering with Thunderkick would also provide free access to the demo mode.
Can I win real money on Gods of Rock slot?
Yes, registered account with a gambling site would be the only option to enjoy real money Gods of Rock and land real winnings.
What is the best place to play Gods of Rock?
When it comes to free play any trusted casino or casino related site such as clashofslots.com would be fine. Once real money gets involved licensed operator with solid reputation and premium services must be selected. Best casino would vary depending on one`s personal requirements.
Can I play Gods of Rock slot on mobile phone?
Yes, this game is mobile friendly and can be played on any device.
How to win playing Gods of Rock?
This is a licensed title that generates random results, and all you need is a good luck. Check the paytable to see how and how much you can win.

Gods of Rock Reviews by Players