Magicious is the title developed by renowned studio Thunderkick. Released on 20.01.2016 it became an instant success among slot fans for its immersive engine and fantastic artwork. This review details all of its key characteristics that along with free test mode available on clashofslots.com give a good idea of experience you’ll be getting.

In the new Magicious slot, the action takes place right in the hay, where two magicians, a man and a woman, will put on an incredible magic show using their magic wands.

The Magicious slot has five reels and 10 pay lines. The minimum bet per spin is $0.10, the maximum is $100. Winning combinations are calculated in both directions from left to right and from right to left. The set of symbols used in the slot will help you get closer to the coveted win. Cheaper symbols are five multi-colored boxes depicting the moon, the sun, stars, and the planet. The more valuable ones are two red and blue stars. All symbols can appear in long stacks, which is a very profitable feature since you have an opportunity to fill the entire play field with the same symbol.

Bonus Features of the Magicious Slot

There are no bonus rounds or free spins in the new slot. The only thing you can see is the functions activated by wild symbols. The first one is Expanding Wild; it is activated if a wild symbol appears on the second, third, or fourth reel. If this happens, this symbol stretches to the entire reel, allowing you to form additional combinations.

The second feature of the Magicious slot is also related to the wild symbol. As mentioned above, wild appears only on the second, third, and fourth reels. In addition to stretching to the entire column, it also activates one re-spin, during which the wild will remain in place, while all other symbols will be replaced with new ones. This will let you get new winning combinations.

Even though the Magicious slot has no free spins, no doubling game, and nothing that can be found in modern models, it can still rightfully be called interesting and exciting. 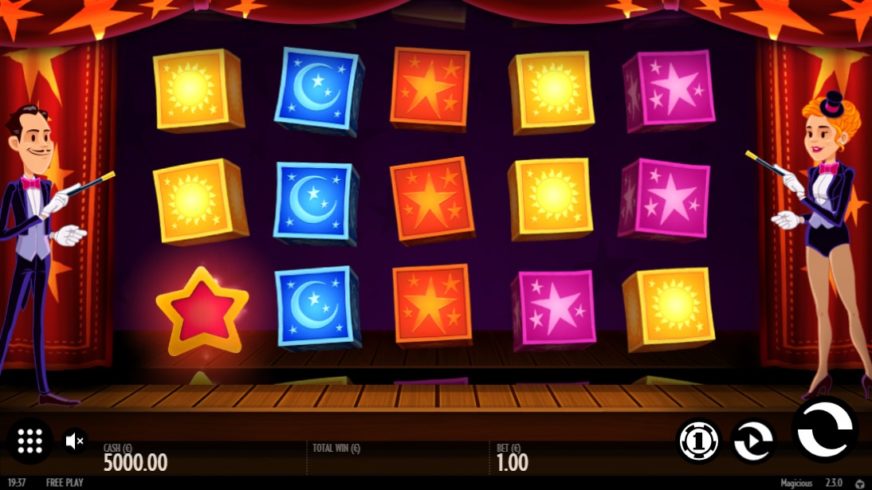 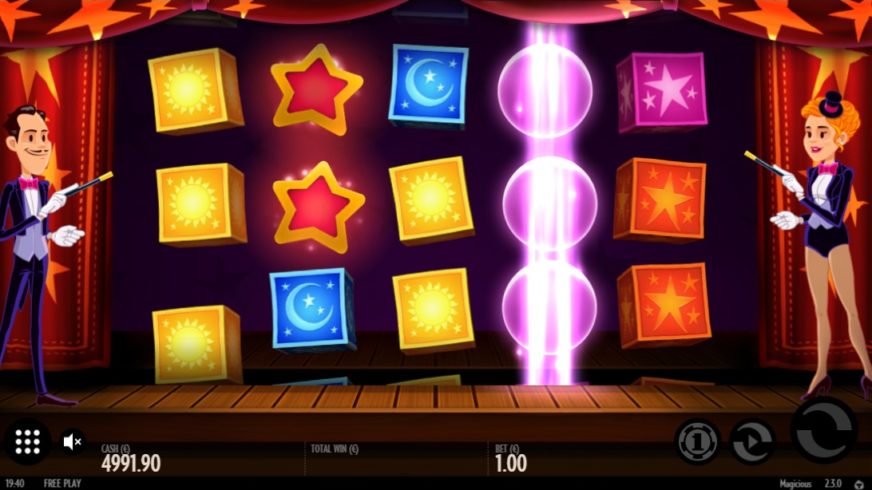 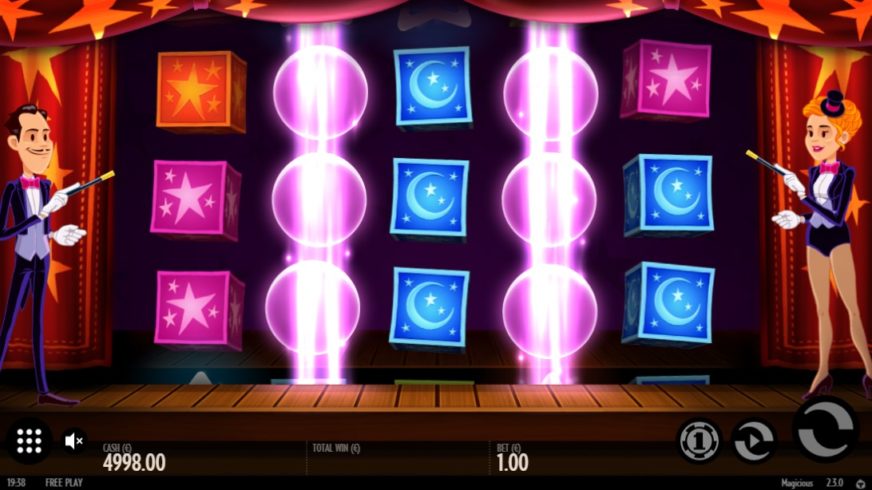 Can I play Magicious for free?
Yes, Clash of Slots is the place to try Magicious with no sign up required. Any casino site partnering with Thunderkick would also offer free access to the demo mode.
Can I win real money on Magicious slot?
Yes, registered account with a casino operator would be the only option to play real money Magicious and land real winnings.
What is the best place to play Magicious?
When it comes to free play any trusted casino or casino related site such as clashofslots.com would be fine. Once real money gets invested licensed operator with good reputation and top tier services must be selected. Best choice would vary depending on one`s personal requirements.
Can I play Magicious slot on mobile phone?
Yes, this slot is mobile friendly and can be played on any device.
How to win playing Magicious?
This is a licensed online slot that generates random outcomes, and all you need is a good luck. Look through the paytable to learn how and how much you can win.