For the provider of this rank Well Of Wonders is a great launch that’s made it to the lobbies of a number of gambling sites. Well Of Wonders hit the market on 15.03.2017 offering exciting gameplay and premium artwork. You can enjoy free Well Of Wonders test mode on clashofslots.com as a guest with no sign up required.

Check out the game metrics to decide if that’s the best choice for you. Well Of Wonders offers 96.1% return, High dispersion and x2280 win potential, max win. With a quite balanced math and the possibility of the massive swings, the game is always exciting. Overall, it provides enjoyable gaming experience.

Well Of Wonders caters to those who love gameplay that has both conventional and unique elements to it. When no feature gets triggered, the base mode is still interesting but as soon as wilds, scatters or other special symbols or features show up on the reels, it gets to the whole new level.

The game takes place in a magic forest with a stone well in the middle. Thunderkick developers used an unusual way of forming lines in the new slot, which is not surprising since the slot has a magical theme. So, the symbols in the slot appear as if by magic, not on the reels, but directly from the well.

It turns out that there are no reels in the slot, and there are no actual lines either. Combinations in the Well Of Wonders slot help form nine multi-colored stones, as well as a wild symbol, a stone with the letter W, which replaces other symbols, and can form several combinations at once, if necessary.

With each spin, seven of them fly out of the well and float in the air. If at least three identical stones appear at the same time, no matter where, a winning combination is formed, after which the matching symbols disappear and new ones fall out in their place, and you get the so-called respin. This can continue as long as winnings are generated.

Bonus Features of the Well of Wonders Slot

Also, pay attention to the multipliers shown at the bottom of the well. Each time a win is generated, the next combination is calculated with multiplier x2. If another combination matches, the multiplier increases to x4, the maximum multiplier may reach x32, which is a pretty good advantage.

Fairy Feature is the only bonus feature in the Well Of Wonders slot. This function may activate during any spin. A glowing fairy will appear in the play field, waving her magic wand. She will remove all the symbols one by one, leaving only wilds, and you will have another opportunity to get a combination of identical images.

Well Of Wonders Symbols and Paytable 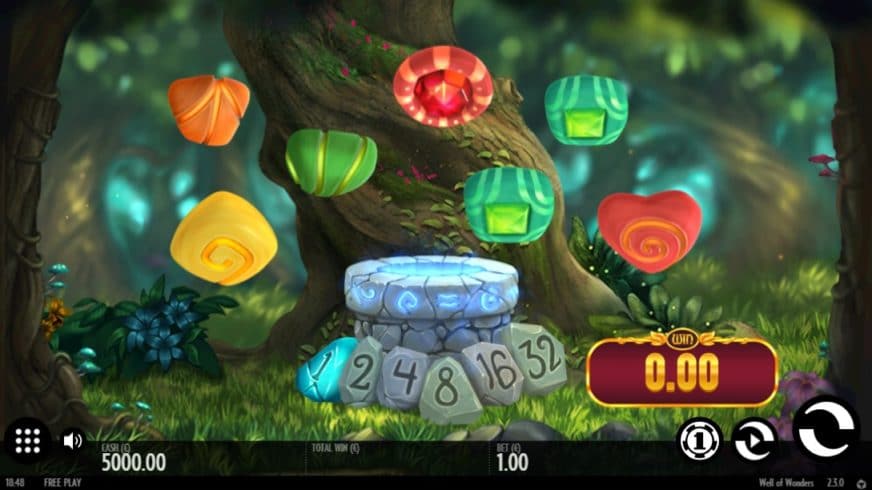 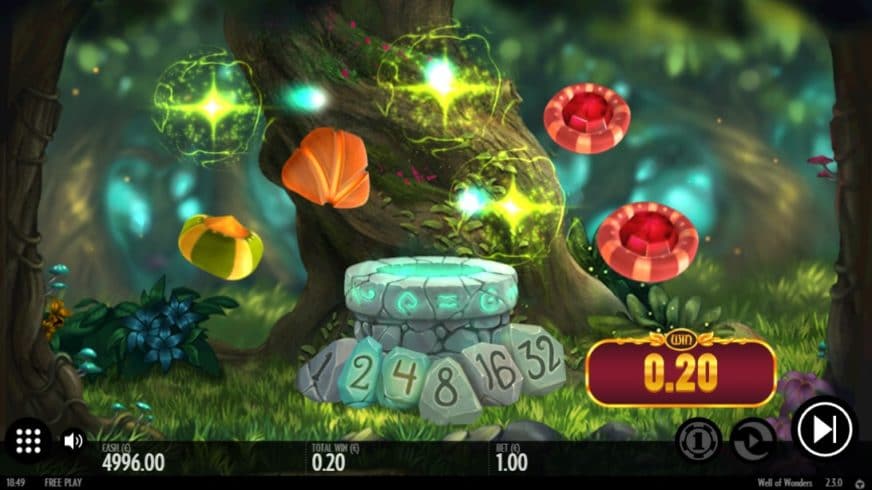 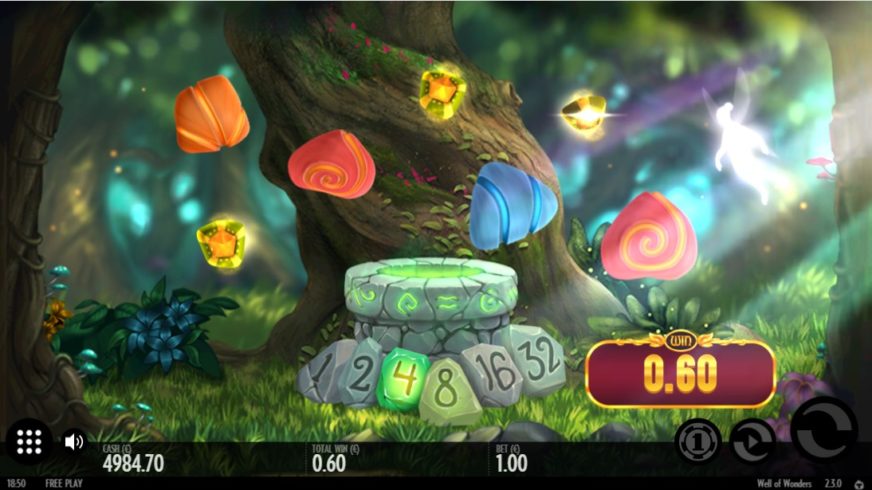 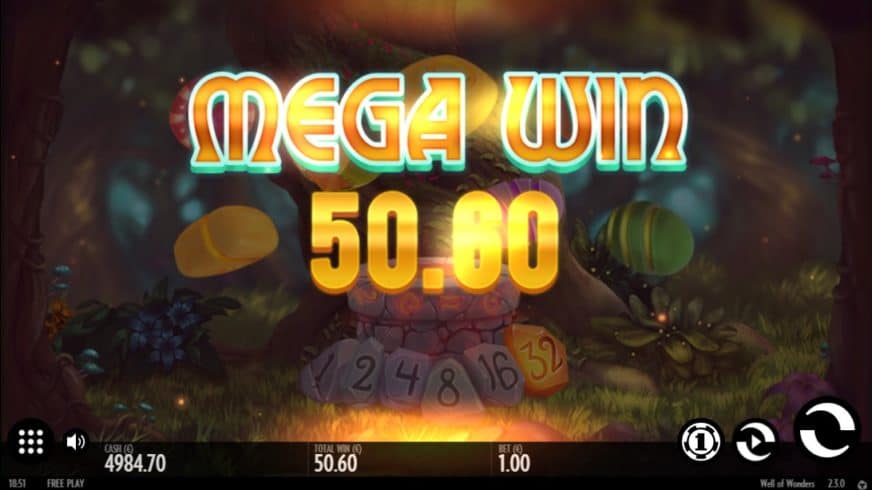 Well Of Wonders Reviews by Players