Take a look at the slot metrics to see if that’s the greatest option for you. Sizzling Kingdom™: Bison offers 96.12% return, Variable risk level and x5000 win potential, max win. With a quite balanced math and the possibility of the big swings, the game is always exciting. Overall, it delivers powerful gaming experience.

Sizzling Kingdom™: Bison appeals to those who appreciate gameplay that has both classic and unique elements to it. When no bonus gets triggered, the base game is still entertaining but once wilds, scatters or other special symbols or features land on the reels, it gets to the whole new level.

Wild Rampage – is activated when two wild symbols (buffalo) appear on the playing field and completely cover the reel. After that, you get three respins, during which the fallen wilds become sticky. And landing new symbols will resume the number of respins to the original three. In addition, new wilds that appear on the playing field will also be fixed on it. The feature ends when all respins have been used or the entire playing field is covered with bison. In the second case, in addition to the main win, you will become the owner of the grand jackpot.

Free spins are triggered when 3 to 6 scatters land on the playing field. During free spins, all non-paying symbols will be removed from the reels. In addition, during the free spins you will benefit from the Collect to Infinity feature.

Bonus buy – with its help you will immediately be able to buy one of the above features. 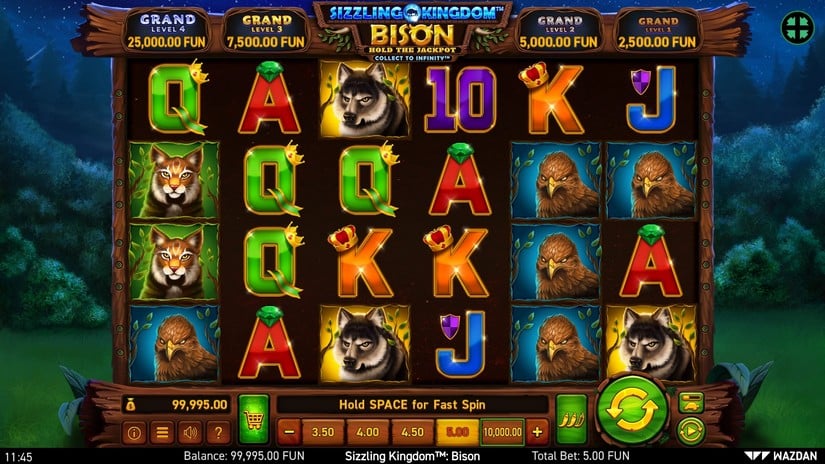 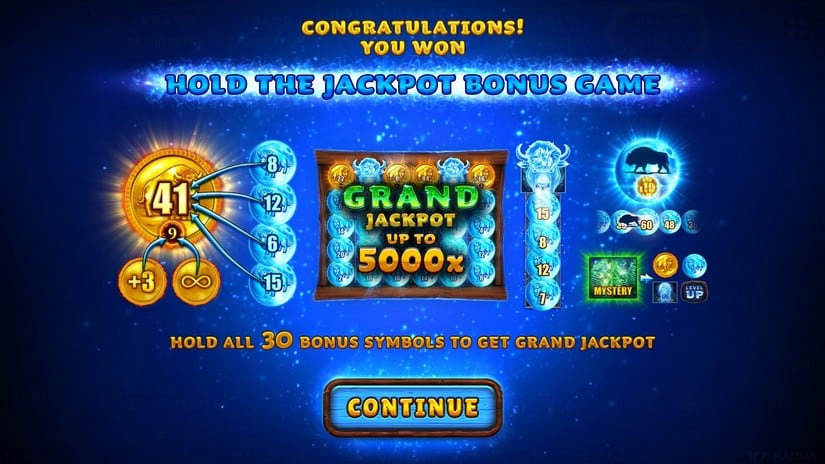 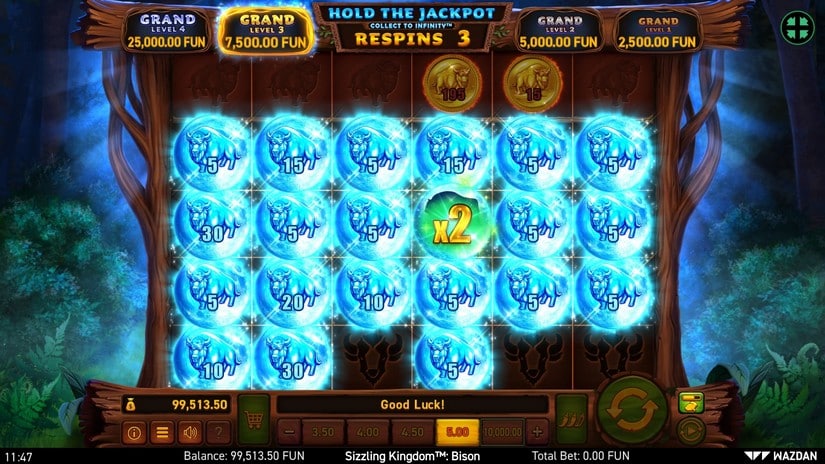 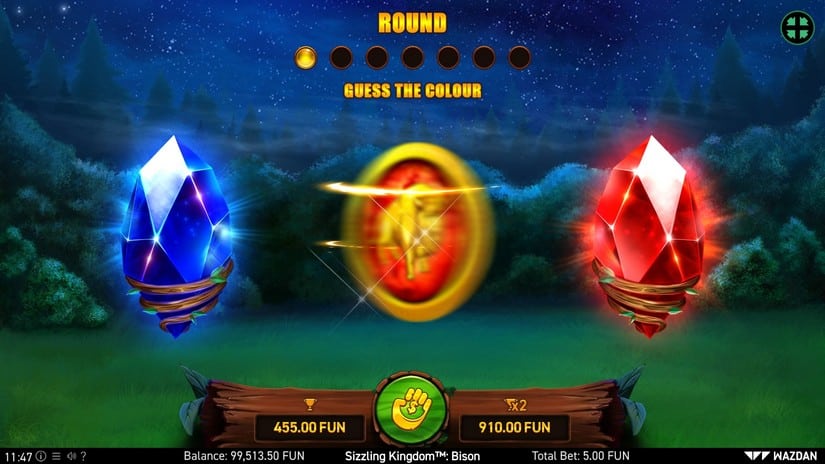 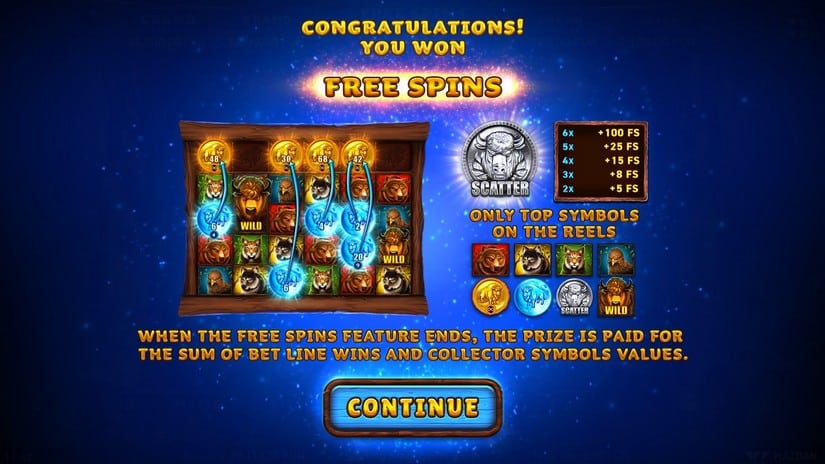 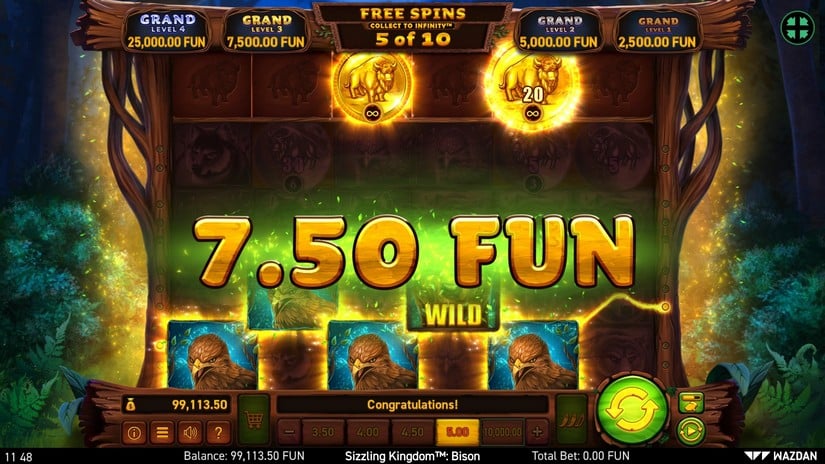 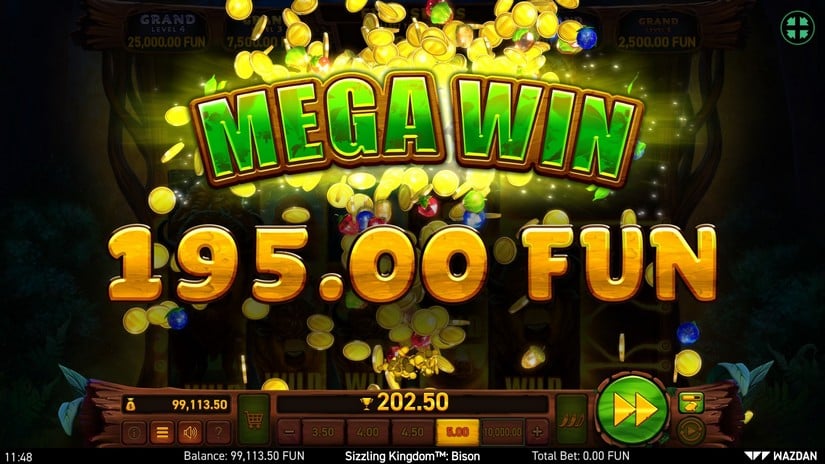 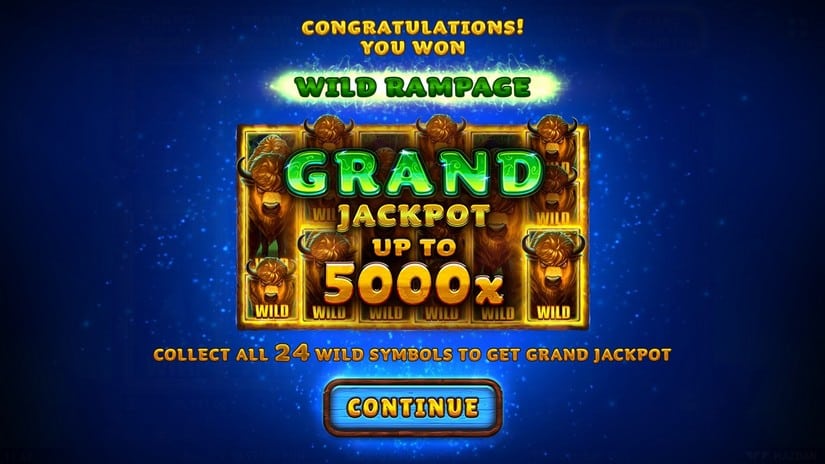 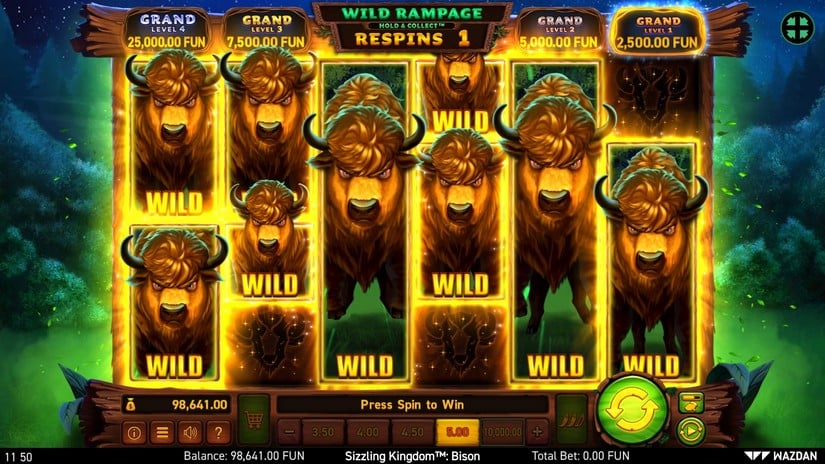 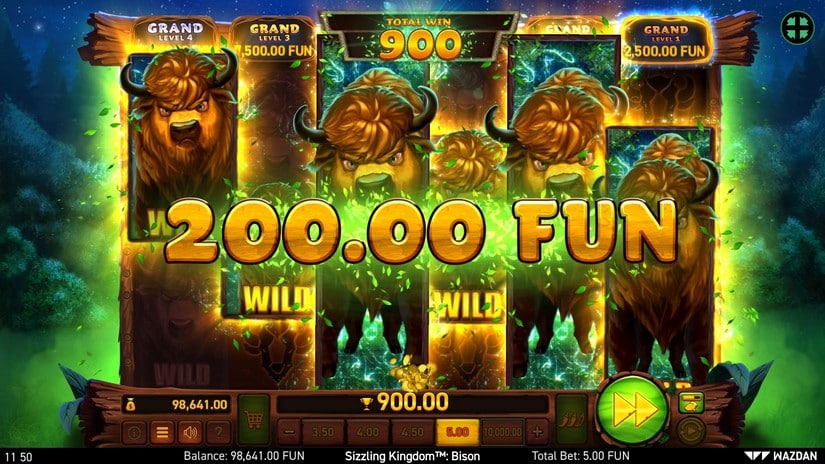