Incinerator is the game developed by well known studio Yggdrasil Gaming. Released on 01.01.2016 it became an instant success among players for its immersive engine and high-quality artwork. This review details all of its main characteristics that along with free test mode available on our site give a good idea of experience you’ll be getting.

The Yggdrasil developers decided to use an unusual theme when creating their Incinerator slot – you can see how it is unusual by playing it for free on our website. Technically, the Incinerator slot has 5 spinning reels and 20 paylines. This model can be played on any device and has a minimum bet per spin of $0.20.

Once you start the slot, you will see a video that reveals the essence of the game. You will find yourself in a kind of space debris incineration plant. You need to clear space from debris in the form of various parts, possibly from spaceships. These parts are symbols that will help you get closer to winning. You will see six symbols in the form of some kind of spare parts on the game reels. The slot has a wild symbol that helps you build winning combinations more often by replacing the missing symbols.

Wild Pattern is the only bonus feature that you can activate in the slot. Its idea lies in getting consistent wins. Pay attention to the oven located to the left of the game reels. It shows the pattern in accordance to which wild symbols can appear, if the Wild Pattern feature is activated.

When playing for free, you will notice that when you get a winning combination, the symbols participating in it disappear, and new ones are added in their place – this feature is known as Rolling Reels and Exploding Reels. If this happens three times in a row, you can activate this feature. The wild will appear according to the specified pattern, after which the payment will be made. Naturally, the more consecutive combinations you get, the more times this feature will be launched.

Overall, the Incinerator slot can’t be called something unusual and special, but it rightfully deserves your attention. The Wild Pattern feature will be activated quite often, so the winnings will also appear quite often. 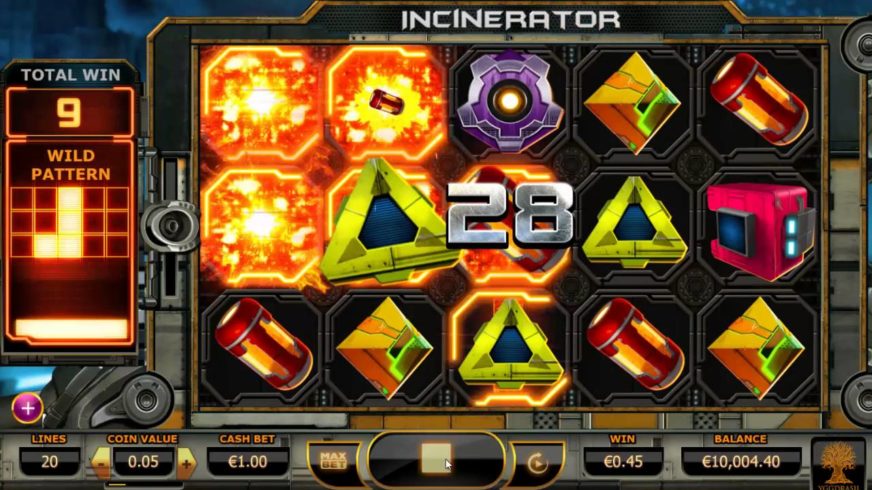 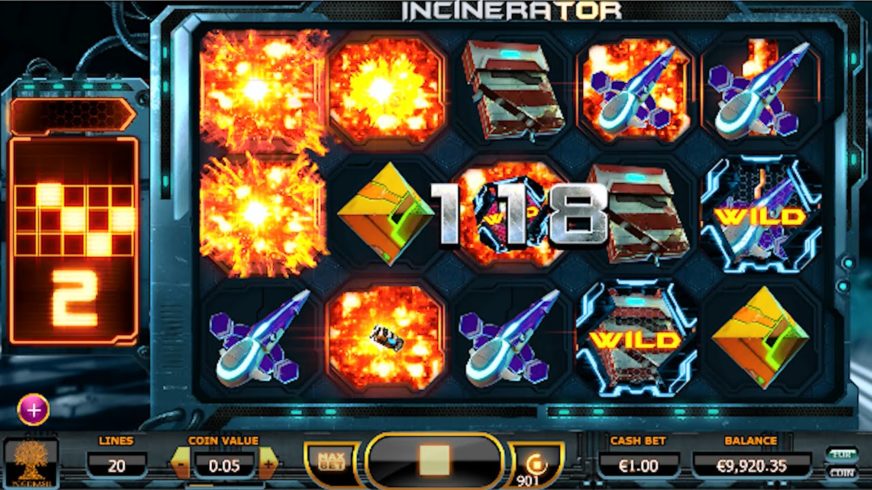 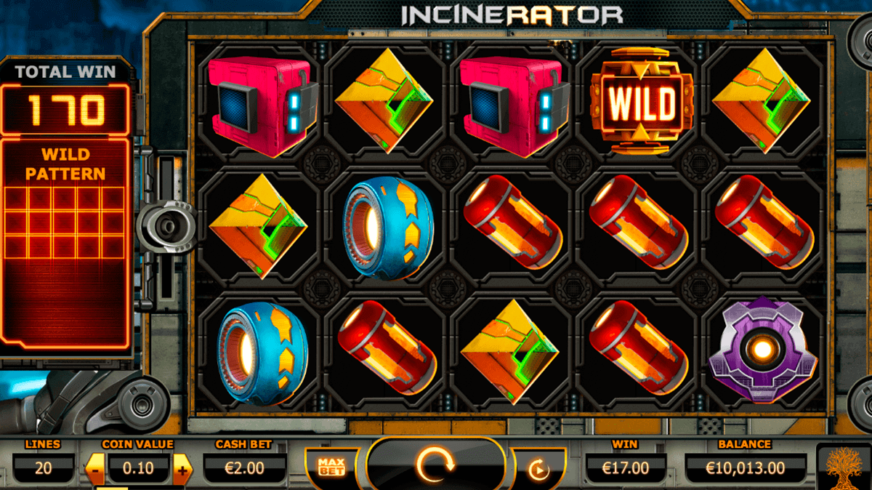 Can I play Incinerator free slot?
Yes, Clash of Slots is the place to try Incinerator with no sign up required. Any casino site partnering with Yggdrasil Gaming would also provide free access to the test mode.
Can I win real money on Incinerator slot?
Yes, registered account with a gambling site would be the only option to enjoy real money Incinerator and hit real winnings.
What is the best place to play Incinerator?
When it comes to test mode any trusted casino or casino related site such as clashofslots.com would be fine. Once real money gets involved legitimate operator with good reputation and excellent services must be selected. Best option would vary depending on one`s personal requirements.
Can I play Incinerator slot on mobile phone?
Yes, this slot is mobile friendly and can be played on any device.
How to win playing Incinerator?
This is a certified game that generates random outcomes, and all you need is a good fortune. Look through the paytable to see how and how much you can win.