Wilhelm Tell is the game developed by renowned studio Yggdrasil Gaming. Released on 15.04.2020 it became popular among gamblers for its thrilling engine and fantastic artwork. This review explains all of its main characteristics that along with free demo mode available on our site give a great idea of experience you’ll be getting.

Wilhelm Tell is a famous shooter who did not want to follow the orders of Albrecht Gessler and, as punishment, was forced to shoot an apple on the head of his own son. Inspired by this story, the Yggdrasil developers decided to release the Wilhelm Tell slot, named after the main symbol, Wilhelm Tell.

Technically, the Wilhelm Tell slot is equipped with 5 reels and 20 lines, on which your wins will be formed. Symbols in the form of heroes taken from the legend itself, as well as card suits, will help you with this. In order to receive a payout, you need to catch at least three identical symbols on one of the paylines.

You can join the brave shooter on all compatible devices, which means you can enjoy the game absolutely anywhere, wherever you are. You can play the Wilhelm Tell slot in manual or automatic mode by choosing a bet from 0.10 to 50 euros per spin. The slot has high volatility, RTP is 97%, and the maximum possible win is x7500.

The Wild Nudge feature is associated with the wild symbol. As mentioned above, the wild serves to replace the standard symbols in the game, and also has a nudge feature. This means that if the wild symbol does not appear on the panel in full size, this feature can respond and help you make the wild take up the whole reel. If this happens on all the reels and the wild symbol can fill the entire panel, you can get a win 150 times your bet in the main game and even bigger prizes during free spins.

The free spins feature is activated as soon as three, four, or five scatter symbols appear on the panel. You then have to choose which of the three free spins you want to play. Here’s what awaits you:

Summing it up, it is safe to say that Wilhelm Tell is a slot with an interesting story, high-quality graphics, and good features. When playing the Wilhelm Tell slot, you will have a great time in the company of the outstanding shooter, and if luck is on your side, you won’t leave empty-handed. 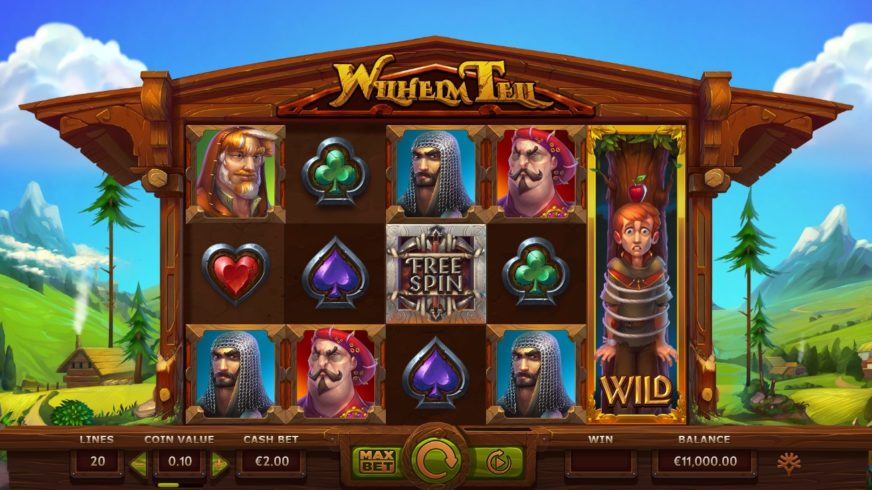 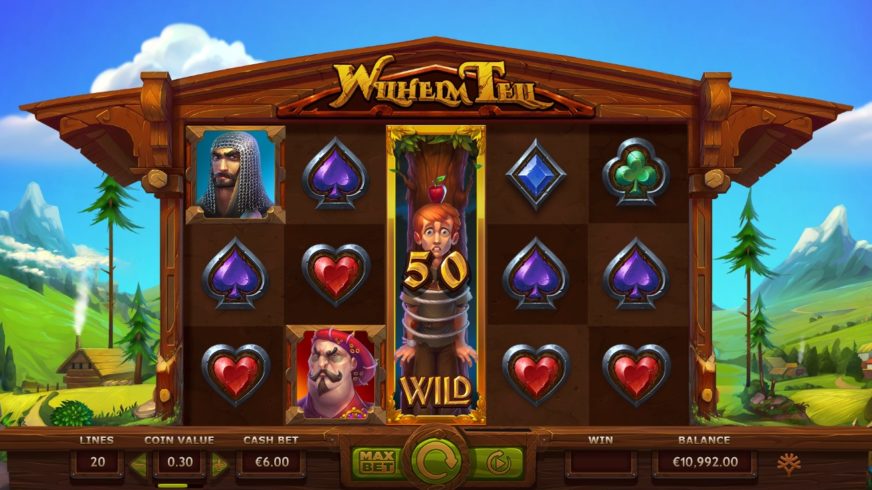 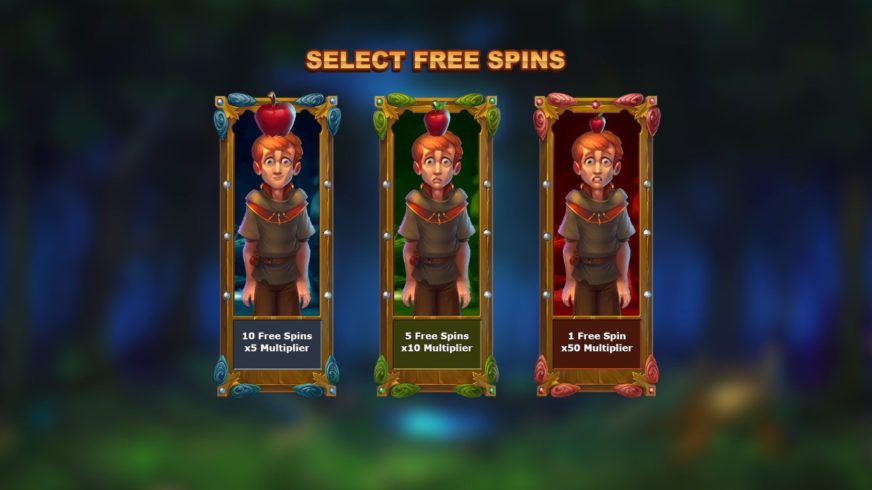 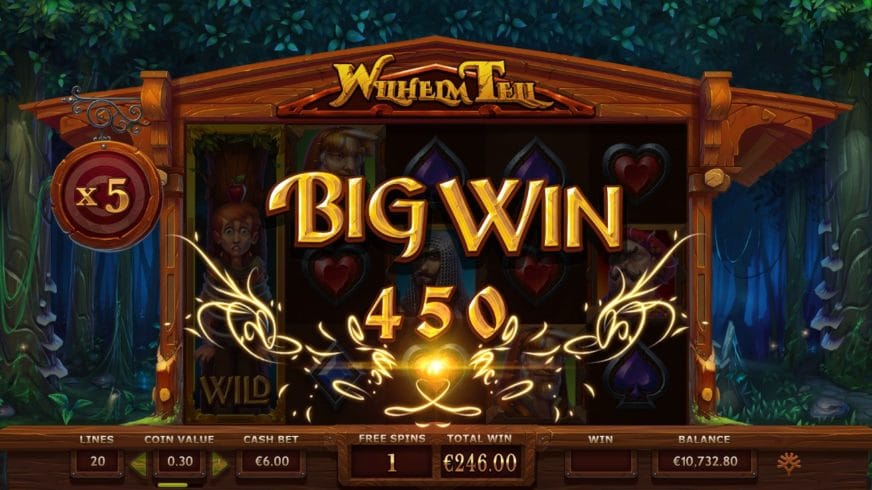 Can I play Wilhelm Tell free slot?
Yes, Clash of Slots is the place to try Wilhelm Tell with no registration required. Any gambling site partnering with Yggdrasil Gaming would also provide free access to the demo mode.
Can I win real money on Wilhelm Tell slot?
Yes, registered account with a casino operator would be the only option to enjoy real money Wilhelm Tell and hit real winnings.
What is the best place to play Wilhelm Tell?
When it comes to test mode any trusted gambling operator or casino related site such as Clash of Slots would be fine. Once real cash gets involved licensed operator with good reputation and premium services must be selected. Best option would vary depending on one`s personal preferences.
Can I play Wilhelm Tell slot on mobile phone?
Yes, this slot is mobile optimized and can be loaded on any device.
How to win playing Wilhelm Tell?
This is a certified game that generates random outcomes, and all you need is a good fortune. Look through the paytable to learn how and how much you can win.