Golden Dragon Inferno is the title developed by renowned studio Betsoft. Released on 24.11.2022 it became an instant success among players for its immersive engine and fantastic artwork. This review explains all of its main characteristics that along with free demo mode available on our site give a great idea of experience you’ll be getting.

Golden Dragon Inferno is an East Asian themed slot with 5 reels and 243 ways to win.

On each spin, stacks of Mystery Symbols can appear on any of the reels, which turn into one set of randomly selected symbols.

On any spin, a dragon symbol may appear on the third reel. After that, the ram will move up or down so that the dragon completely covers it, and a multiplier will appear on it, which will increase your winnings.

Landing 6+ bonus symbols on the playing field will trigger 3 respins, during which the symbols that triggered the feature will become sticky, and landing new symbols in empty positions will resume the number of respins to three. 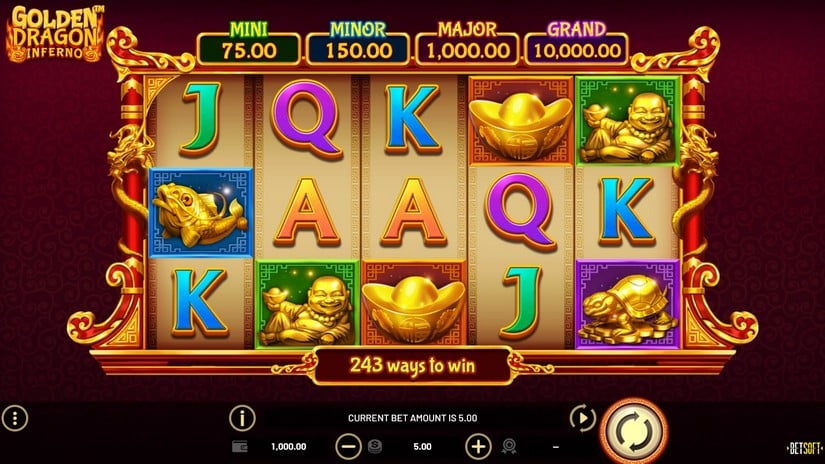 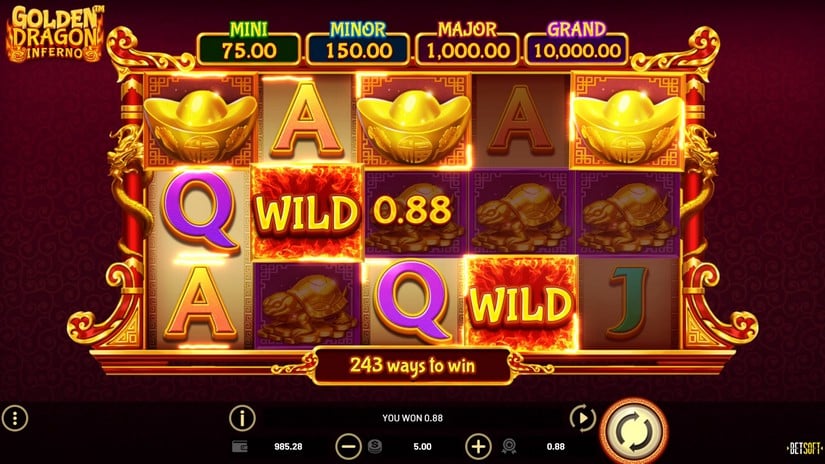 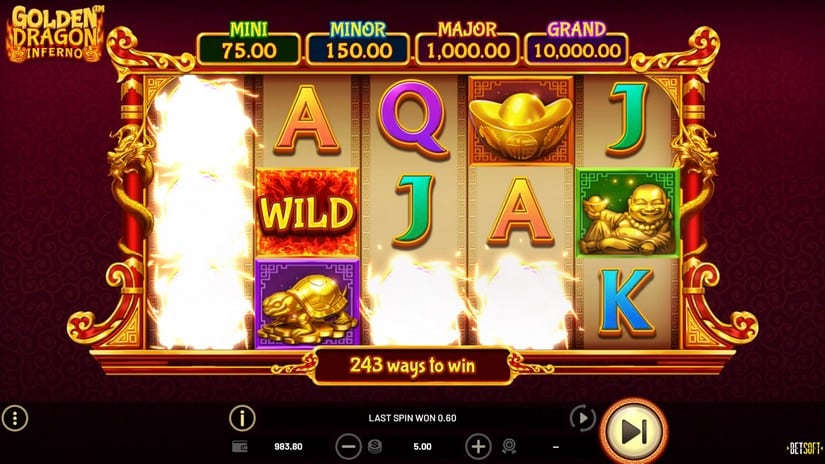 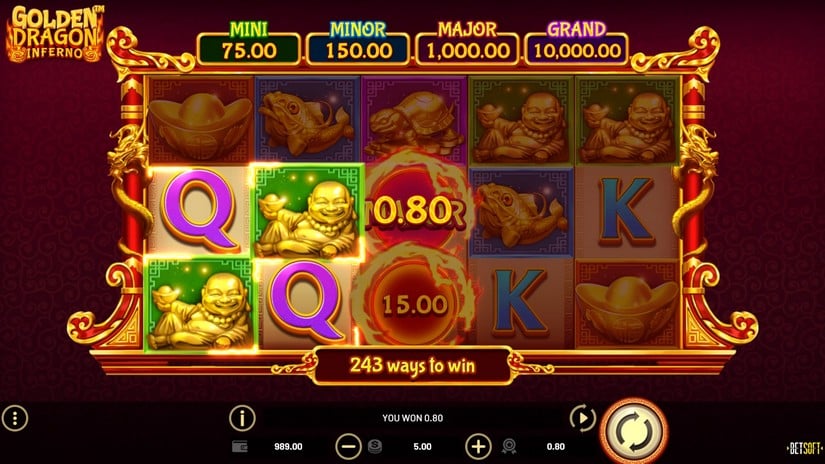 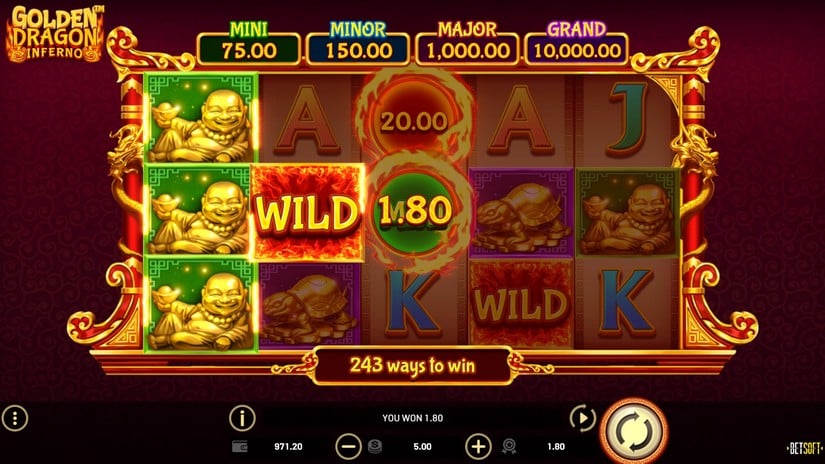 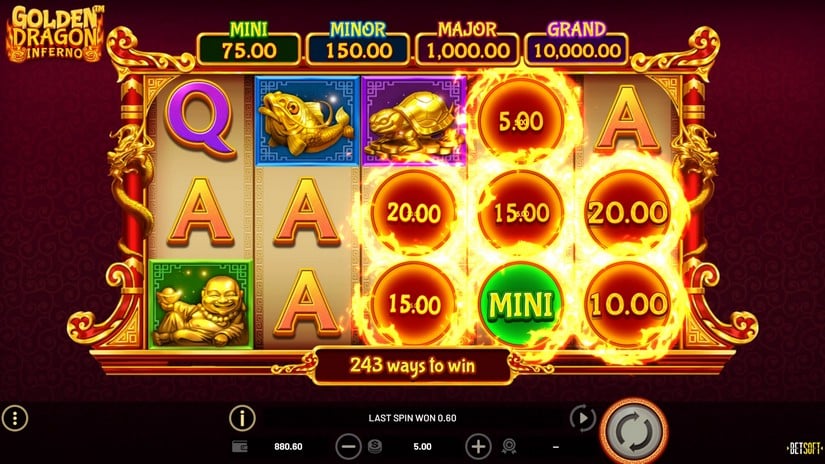 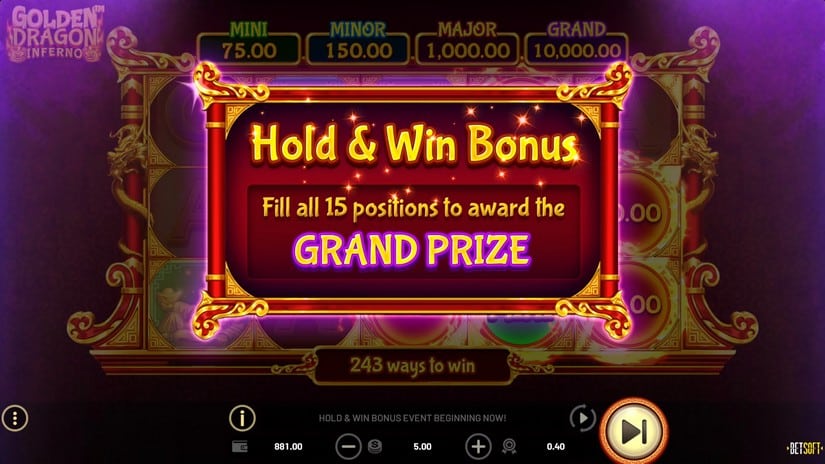 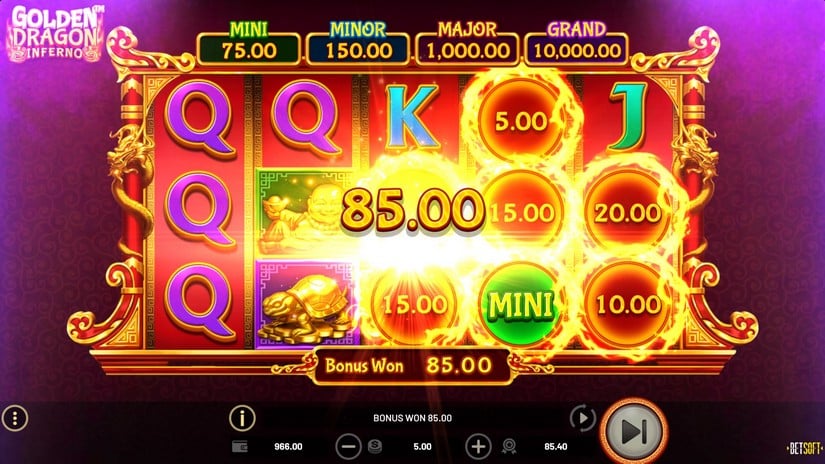