Check out the slot metrics to see if that’s the perfect choice for you. Fairytale Legends: Hansel & Gretel offers 96.71% RTP, Below average dispersion and x400 win potential, max win. With a pretty balanced math model and the possibility of the considerable swings, the game is always engaging. Overall, it delivers enjoyable gaming experience.

Fairytale Legends: Hansel & Gretel appeals to those who appreciate gameplay that has both traditional and innovative elements to it. If no bonus gets activated, the base mode is still interesting but once wilds, scatters or other special symbols or features appear on the screen, it gets to the whole new level.

From the name of the slot, it is immediately clear the plot of which fairytale is used. Of course, this is a beautiful fairytale by the Brothers Grimm called Hansel and Gretel. It tells a story about a brother and sister who went in search of food, but ended up in the house of one cute old woman, as it seemed to them at first glance. In the end, she turned out to be an evil witch who wanted to eat them, but they managed to escape from her and return to their home.

Fairytale Legends: Hansel & Gretel is the second slot in the Fairytale Legends series from Net Entertainment, featuring 5 reels and 10 paylines. You can play on all devices from 10 to 200 euros per spin. The slot has many bonus features, including those that start randomly. Among the symbols presented in the game, you will find four multi-colored stones, Hansel, his sister Gretel and the most valuable symbol in the form of the slot logo.

Treasure Chest Bonus – if three chests appear on the game screen, you must select one of them in order to determine the next feature, it can be:

The following bonus features are activated at random:

The Hansel & Gretel slot meets NetEnt’s high standards. It looks great and has a lot of potentially lucrative bonus features. You can try another fairy game from this developer – Fairytale Legends: Red Riding Hood. 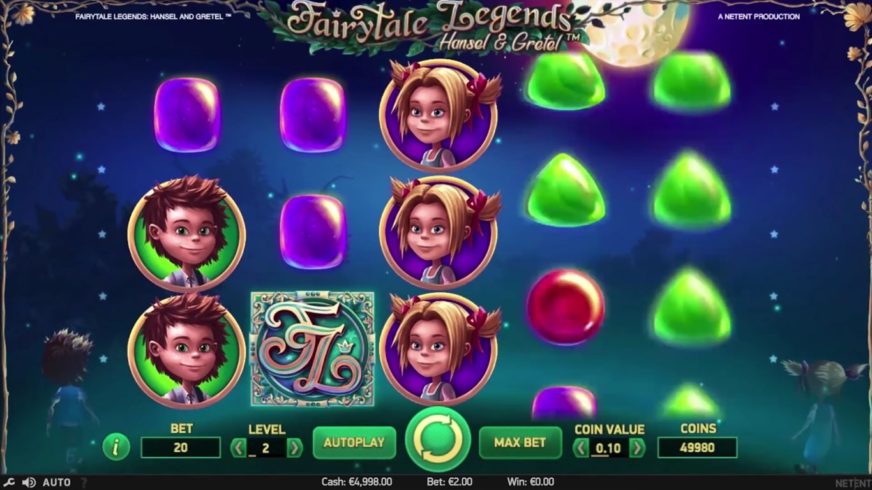 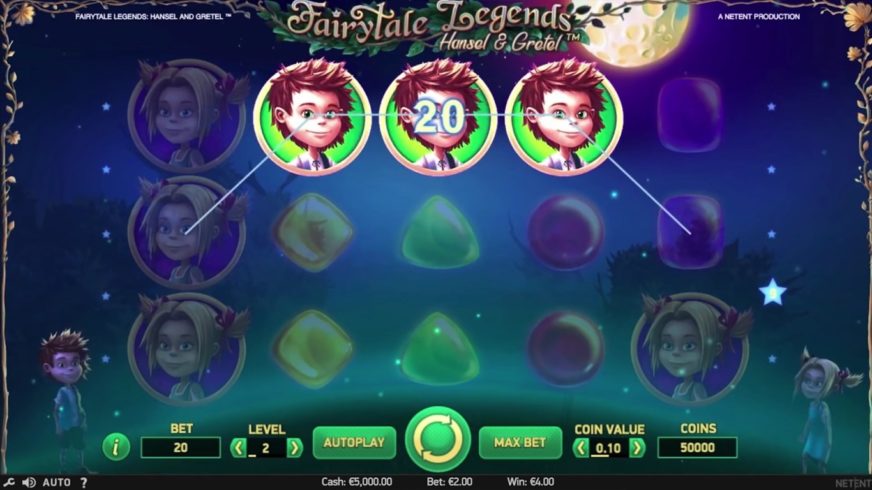 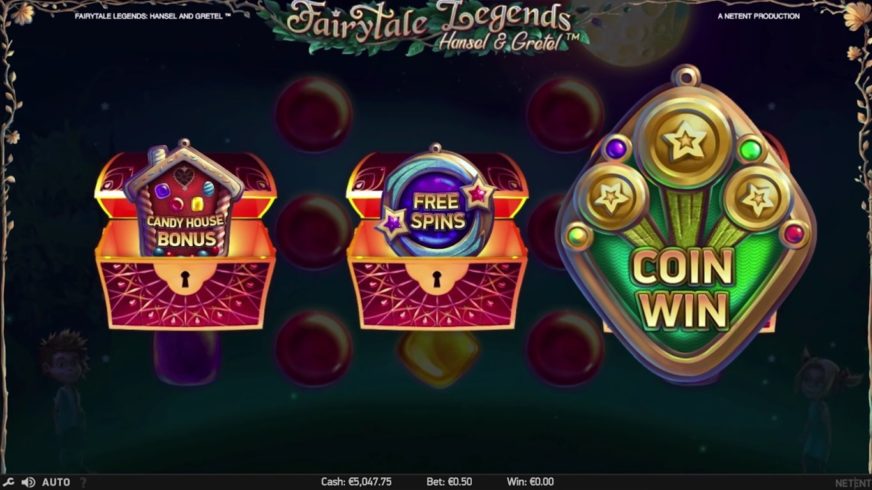