Planet of the Apes Slot Review

Take a look at the slot metrics to decide if that’s the perfect choice for you. Planet of the Apes offers 96.33% RTP, Below average volatility and x3000 win potential, max win. With a quite balanced math model and the possibility of the considerable swings, the game is always thrilling. Overall, it delivers strong gaming experience.

Planet of the Apes caters to those who appreciate gameplay that has both traditional and original elements to it. If no bonus gets activated, the base mode is still entertaining but once wilds, scatters or other special symbols or features show up on the screen, it gets to the whole new level.

While playing the Planet of the Apes Slot for free, you will find a magnificent design, high-quality graphics with beautiful animation, familiar characters and, of course, music that will be familiar to those who have watched these films. The left set of the reels is called Rise, it looks lighter and includes the symbols of Caesar the monkey, the three main characters from the movie Rise of the Planet of the Apes, as well as 10, J, Q, K and A.

The right set of the reels – Dawn is done in dark colors, and it includes the symbols of Caesar the monkey, the three main characters from the movie Dawn of the Planet of the Apes, as well as 10, J, Q, K and A. Wild symbols are also two, for the left screen – a light icon, for the right screen – a red icon, both serve to replace missing images in the game, with the exception of bonus symbols.

Bonus Features of the Planet of the Apes Slot

Stacked Wilds – it is activated if the reel full of wild symbols appears on the Rise game set. Then this stack of wilds will be copied to the corresponding reel in the Dawn set. 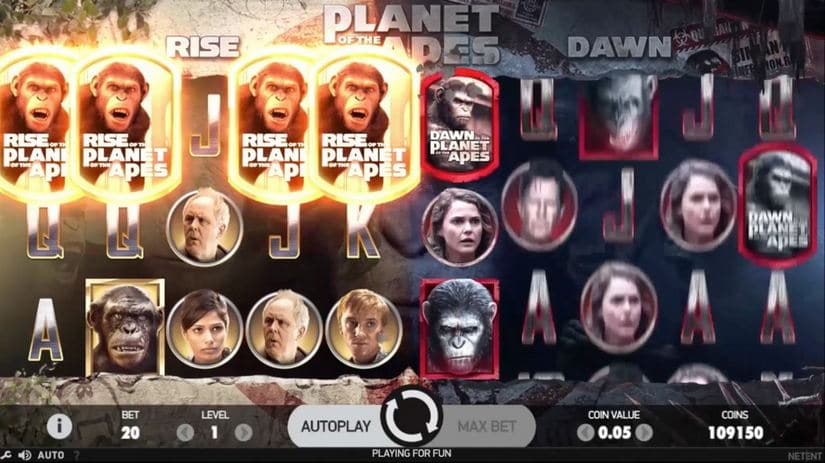 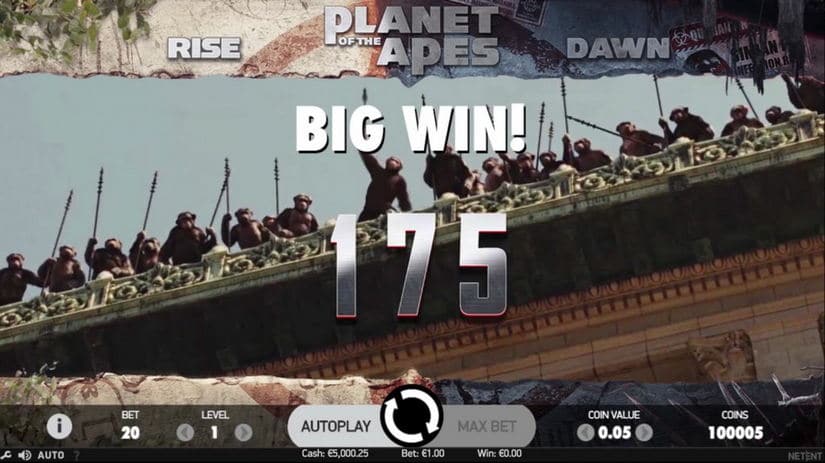 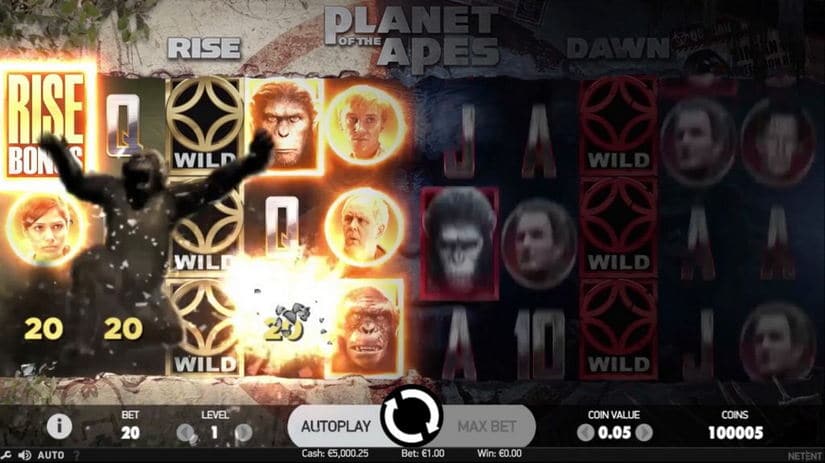 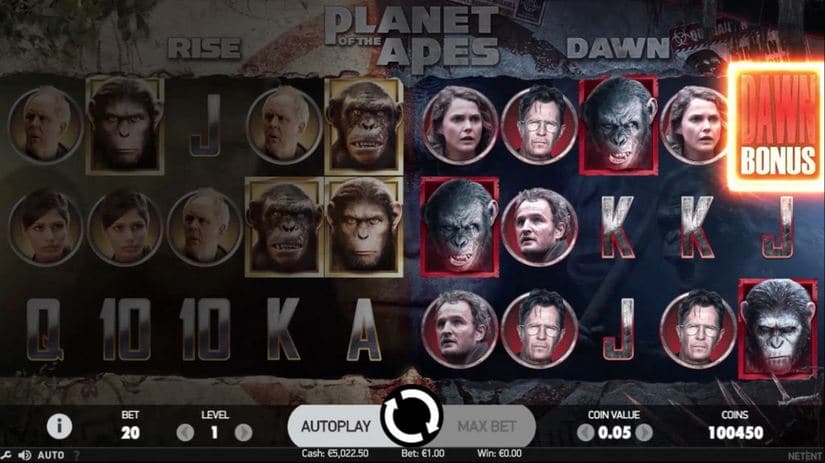 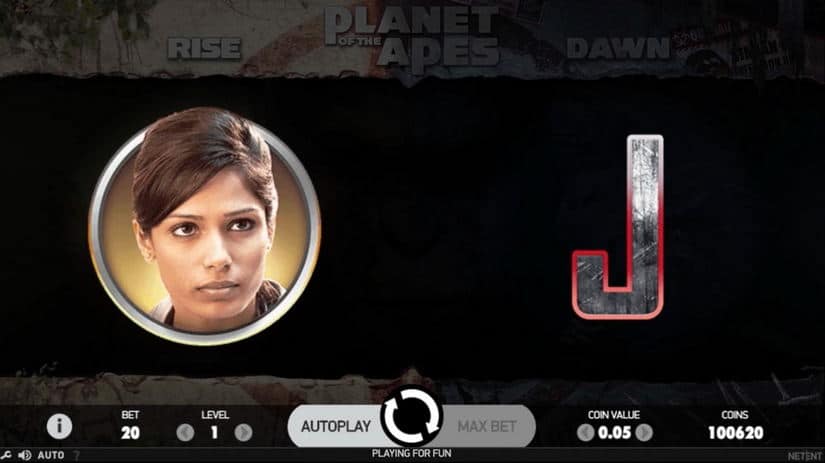 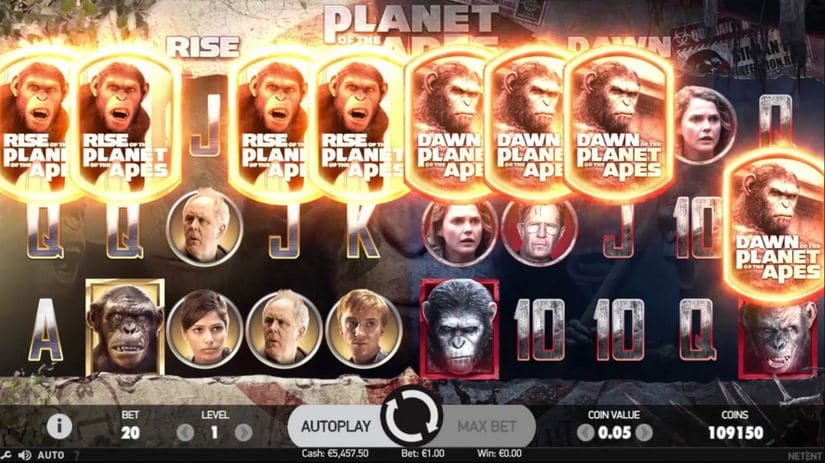 Planet of the Apes Slot FAQs