Turning Totems is the slot developed by renowned studio Thunderkick. Released on 30.11.2016 it became an instant success among gamblers for its thrilling engine and high-quality artwork. This review describes all of its main characteristics that along with free demo mode available on Clash of Slots give a great idea of experience you'll be getting.

Don’t miss an opportunity to get learn more about American Indian culture by playing the Turning Totems slot for free on our website.

Together with the Turning Totems slot from Thunderkick, you will find yourself in the land of the American Indians in North America. Technically, the slot has five reels, but they look very unusual. These are five totems, each with three symbols; during the spin, the totems rotate around their axis, which looks very unusual. There are 11 pay lines in this slot. The advantage is that the combination is formed in both directions, from left to right and from right to left.

The design of the slot has very rich colors. The totems are located right in the middle of the desert, under a bright blue sky, and surrounded by rocks and cacti. On the left, you will see a little Indian boy holding a wooden stick in his hands. Among the symbols, you will see a variety of seven totem masks. There are also special images in the slot: a snake symbol, a bolt of lightning, and a symbol of an awakened bird. For their features, read below.

By playing for free, you can activate the Thunder Snake Function. To do this, you have to get an image of a snake; it can turn the symbol of a sleeping bird into an awakened one. You will get one respin, during which the symbol of awakened bird is paid for with a higher coefficient, and it will be able to replace other symbols like a wild.

Thunderkick developers tried to make something unusual, and they succeeded. The Turning Totems is an interesting, bright, and high-quality slot. 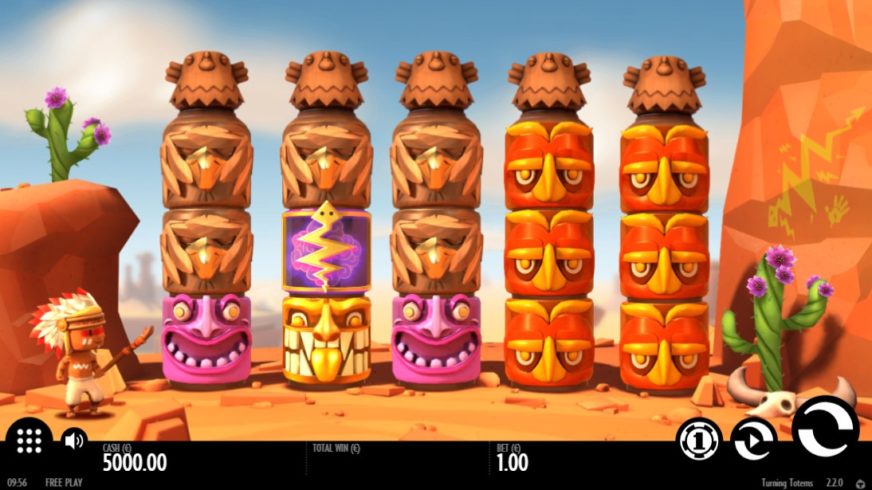 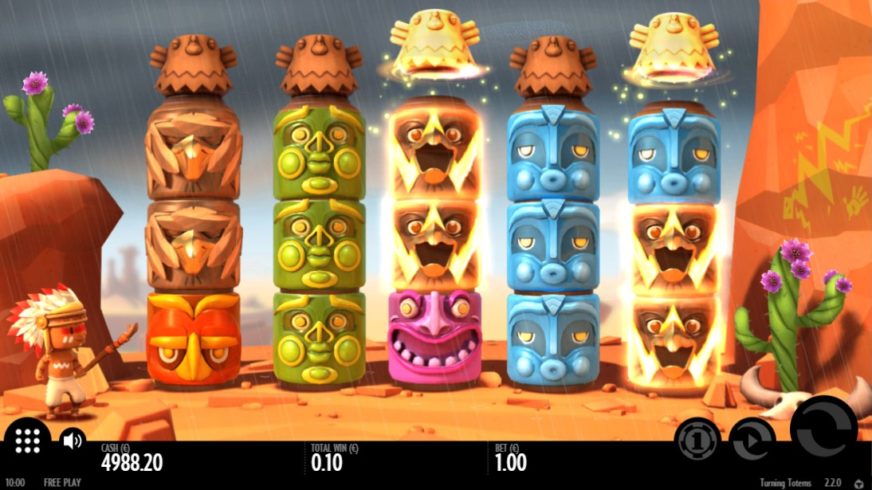 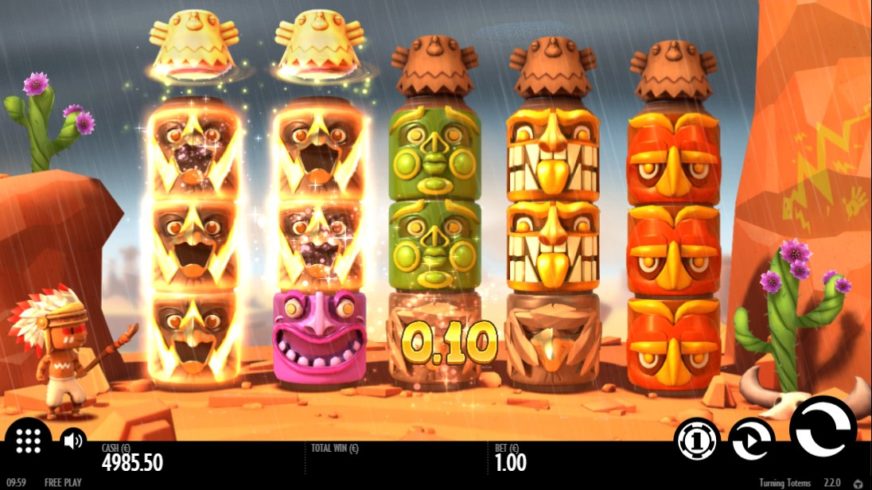 Can I play Turning Totems for free?
Yes, Clash of Slots is the place to try Turning Totems with no registration required. Any gambling site partnering with Thunderkick would also offer free access to the demo mode.
Can I win real money on Turning Totems slot?
Yes, registered account with a casino operator would be the only option to enjoy real money Turning Totems and hit real winnings.
What is the best place to play Turning Totems?
When it comes to test mode any trusted casino or casino related site such as Clash of Slots would be fine. Once real cash gets invested legitimate operator with solid reputation and premium services must be selected. Best casino would vary depending on one`s personal preferences.
Can I play Turning Totems slot on mobile phone?
Yes, this slot is mobile friendly and can be loaded on any device.
How to win playing Turning Totems?
This is a licensed game that generates random results, and all you need is a good fortune. Look through the paytable to find out how and how much you can win.
Top Thunderkick Casinos