Rainbow Ryan is the title developed by recognized studio Yggdrasil Gaming. Released on 24.07.2017 it became popular among slot fans for its thrilling engine and amazing artwork. This review explains all of its key characteristics that along with free test mode available on clashofslots.com give a great idea of experience you’ll be getting.

Yggdrasil has introduced an exciting Rainbow Ryan slot, where you can travel to a magical land and meet funny leprechauns. The design of the slot has a funny, cartoonish theme. The actions of the slot take place on the stage, and the main musician is the leprechaun, who plays the electric guitar. He will accompany you throughout the game.

In the Rainbow Ryan slot, there are as many as 6 reels and 4096 lines, on which winnings will be formed. Among the symbols used in the game, you will find images inherent in the Irish theme: a beer mug, a microphone, boots, a leprechaun’s hat filled to the brim with gold coins, as well as four card suits. The Wild symbol (a coin with a corresponding inscription) is used to replace simple images in the slot, and the Scatter symbol (electric guitar tuner) starts the free spins bonus game.

The Rainbow Reels feature is launched both during the main game and in free spins. The leprechaun synchronizes from 2 to 6 reels, after which only identical images will appear on them.

Free spins are launched when at least three scatter symbols appear on the reels. There can be from 7 to 20 free spins. During the free spins, the rainbow reels feature is active throughout all spins, which will increase your chances of getting a huge win. 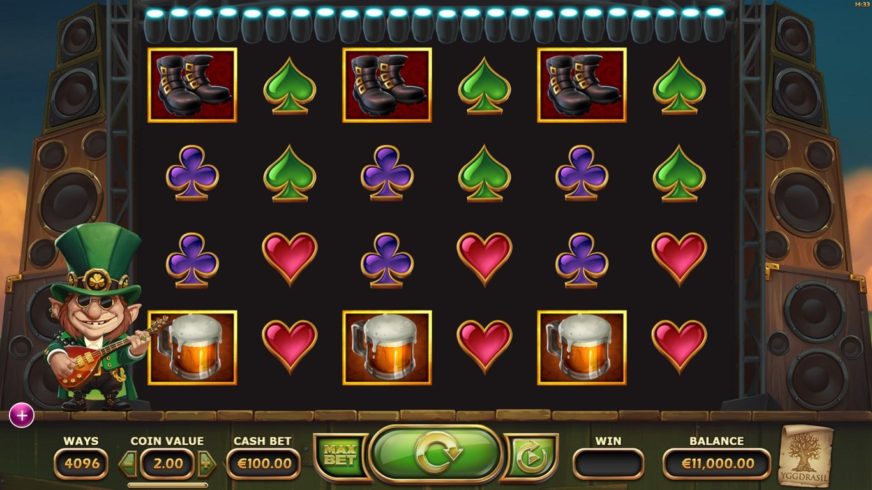 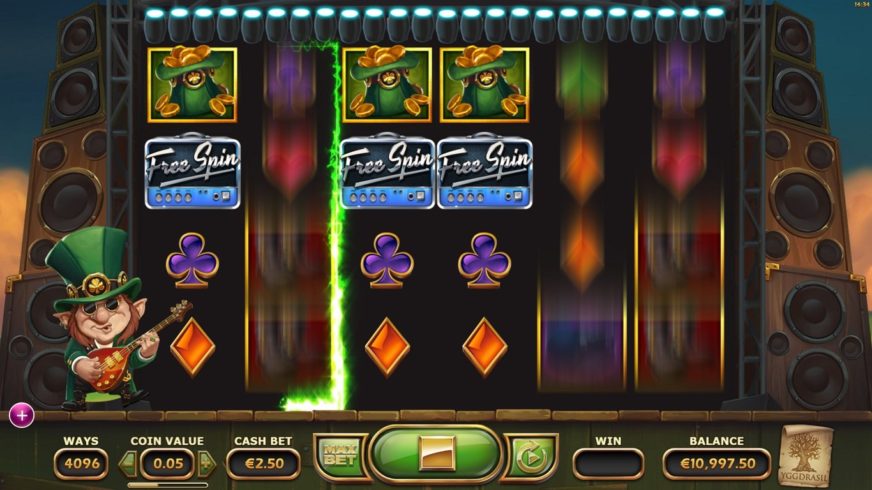 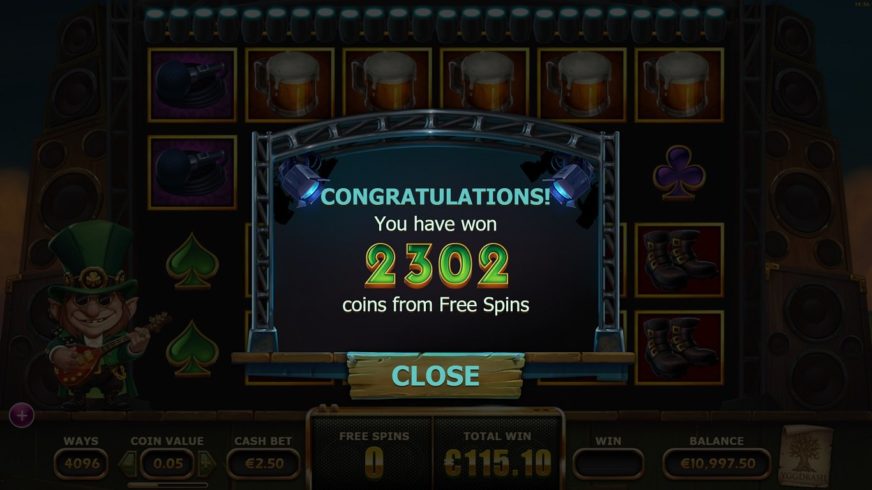 Can I play Rainbow Ryan free slot?
Yes, our site is the place to try Rainbow Ryan with no sign up required. Any gambling site partnering with Yggdrasil Gaming would also offer free access to the test mode.
Can I win real money on Rainbow Ryan slot?
Yes, registered account with a gambling site would be the only option to enjoy real money Rainbow Ryan and get real winnings.
What is the best place to play Rainbow Ryan?
When it comes to test mode any trusted casino or casino related site such as Clash of Slots would be fine. Once real money gets involved legitimate operator with solid reputation and excellent services must be selected. Best choice would vary depending on one`s personal preferences.
Can I play Rainbow Ryan slot on mobile phone?
Yes, this slot is mobile friendly and can be loaded on any device.
How to win playing Rainbow Ryan?
This is a certified online slot that generates random results, and all you need is a good fortune. Look through the paytable to find out how and how much you can win.