Pirate Gold is the title developed by well known studio Pragmatic Play. Released on 18.03.2019 it became popular among gamblers for its exciting engine and high-quality artwork. This review details all of its key characteristics that along with free test mode available on Clash of Slots give a good idea of experience you’ll be getting.

Last time the Pragmatic Play company started to very often release new slots with various themes. This time they decided to create the slot on a pirate adventure – Pirate Gold. Here you will find five spinning reels. Each of them contains four symbols. Besides, here there are forty paylines. In the Pirate Gold slot, you will find free spins with additional wild symbols, profitable respins, as well as the opportunity to win one of three jackpots.

In terms of design, the Pirate Gold slot is of high quality and looks interesting. The playing field is set against the sea waves with two pirate ships behind, as well as beautiful sunset and mountains in fog. The game reels are surrounded by a wooden frame. Here you will see a set of symbols in the form of a bronze, silver and gold coin, a hook, a telescope, a treasure map, a pirate ship, a parrot, as well as a girl, and a man of pirates.

The last symbols are the most profitable. The combination of five such symbols will bring you the winning that is 12.5 times higher than your bet. Special symbols include the wild (a chest with jewels) that appears on all reels except for the first one. It replaces the symbols missing in the game. The Bonus symbol (a compass) starts free spins. The Money Symbol (a bag) activates the Lucky Treasure Bag feature.

The Free spins feature is activated when three scatter symbols appear on game reels two, three, and four. After that, you will get ten free spins that can be extended. Free Spins are played on a new playing field, where you will see the female and male pirate symbols become additional wild symbols, increasing your chances to get good winning combinations. Free spins can be extended due to the chest symbol that can appear during free spins.

The Lucky Treasure Bag feature is activated in case of eight symbols with a bag depicting various monetary values on the playing field. You get three respins, during which the bags that activated the feature remain in their cells, while the rest of them are empty. You will now see new bags with monetary values ​​or multipliers being added to the game reels. Each new added bag renews the number of respins up to three. When the respin feature is complete, all monetary rewards are added up and transferred to your account.

One more nice addition is that each player can become the owner of one of three jackpots drawn in the Pirate Gold slot. You will get the maximum Grand Jackpot in the amount of 1000x if you can fill all cells during the Lucky Treasure Bag feature.

Summing it up, it is possible to say that the Pragmatic Play company has again proved to be a creator of exciting and high-quality slots with the ability to get high winnings. 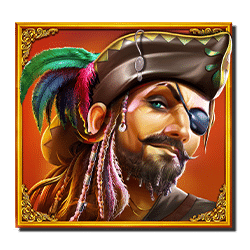 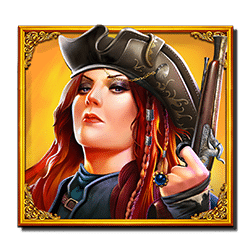 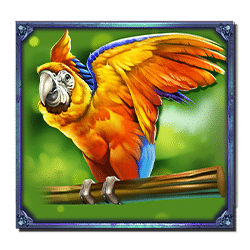 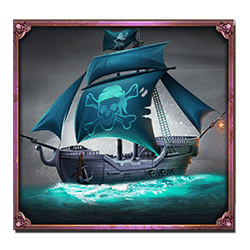 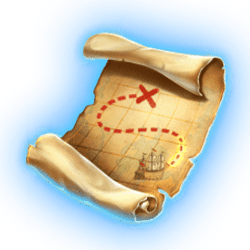 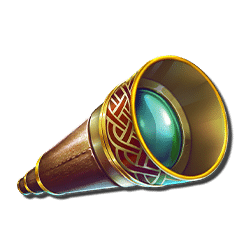 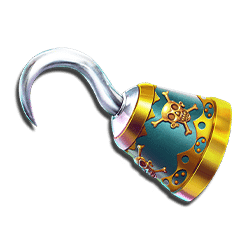 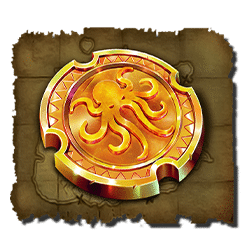 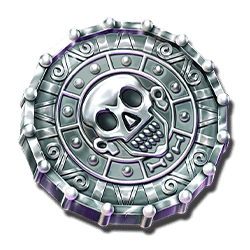 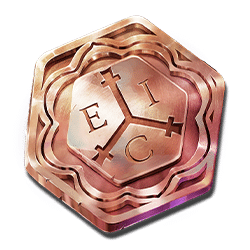 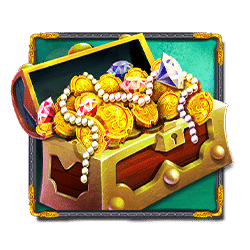 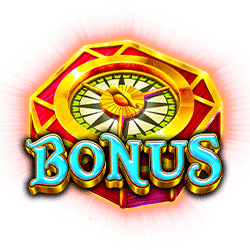 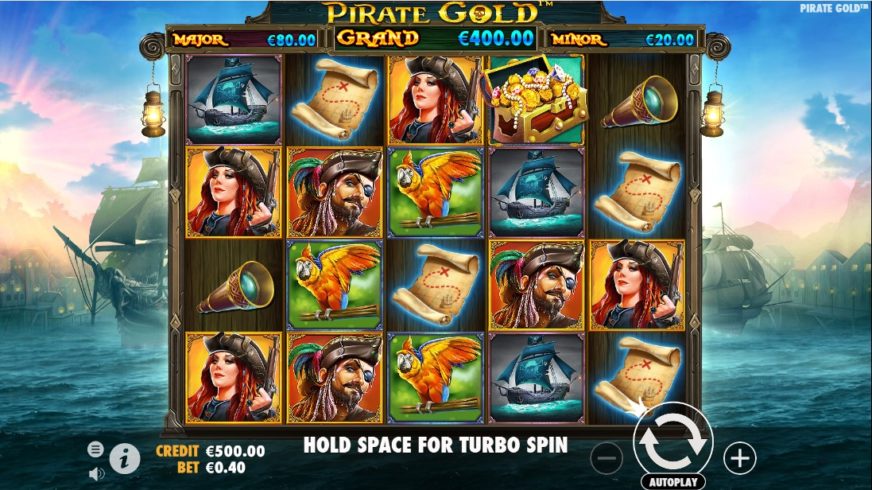 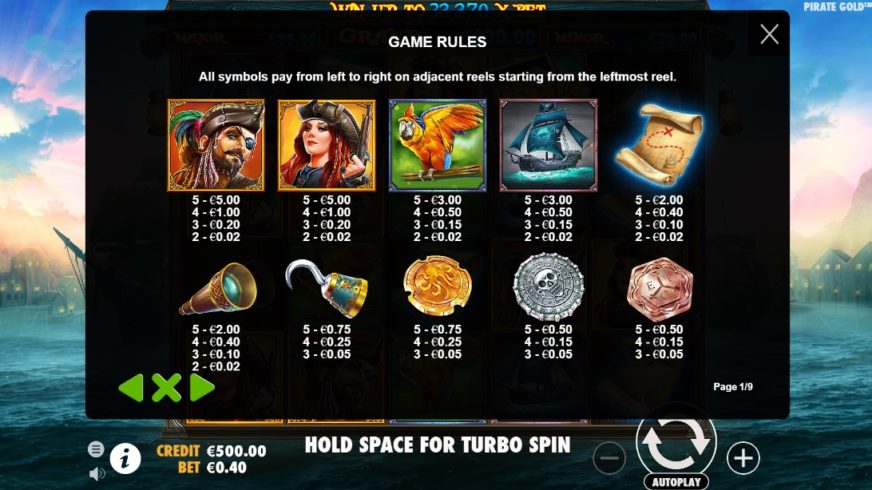 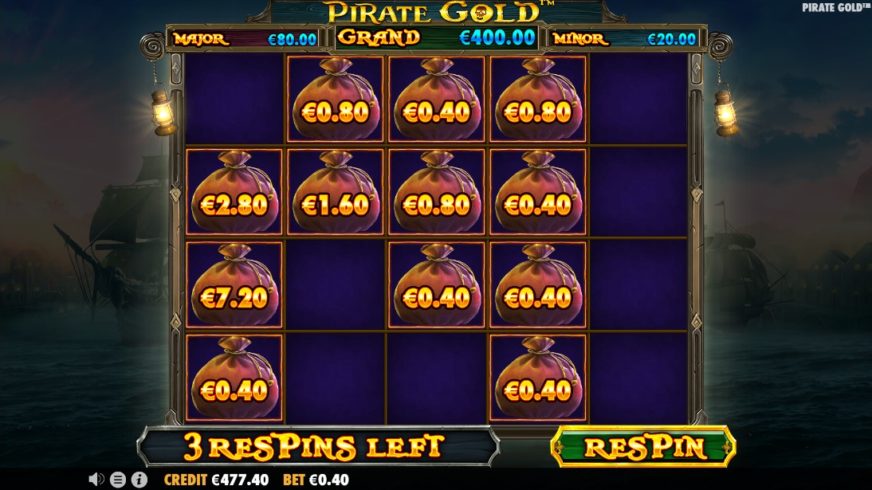 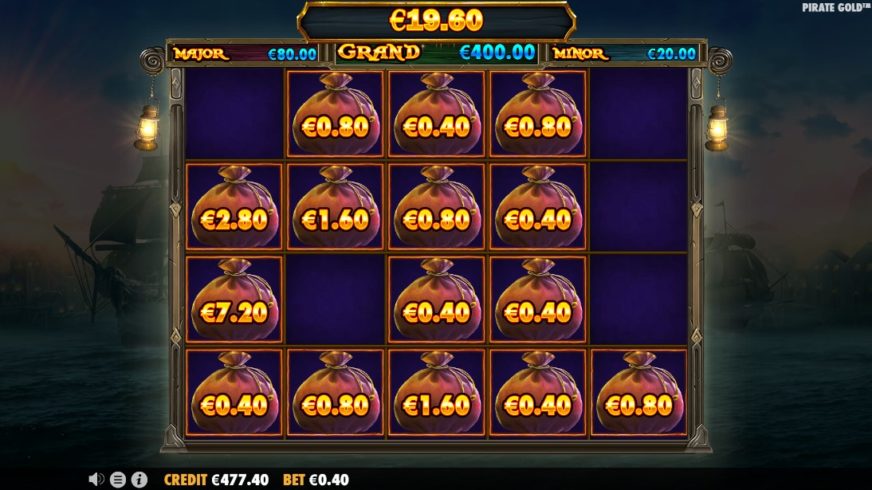 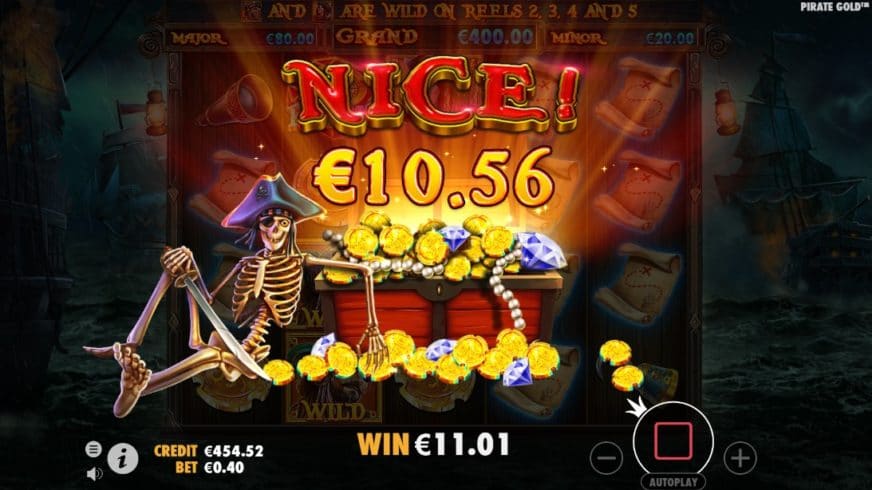 Can I play Pirate Gold for free?
Yes, Clash of Slots is the place to play demo Pirate Gold with no registration required. Any casino site partnering with Pragmatic Play would also give free access to the demo mode.
Can I win real money on Pirate Gold slot?
Yes, registered account with a casino would be the only option to enjoy real money Pirate Gold and land real winnings.
What is the best place to play Pirate Gold?
When it comes to demo mode any trusted casino or casino related site such as clashofslots.com would be fine. Once real cash gets invested legitimate operator with solid reputation and premium services must be selected. Best option would vary depending on one`s personal requirements.
Can I play Pirate Gold slot on mobile phone?
Yes, this slot machine is mobile friendly and can be played on any device.
How to win playing Pirate Gold?
This is a certified online slot that generates random outcomes, and all you need is a good fortune. Look through the paytable to find out how and how much you can win.
Top Pragmatic Play Casinos